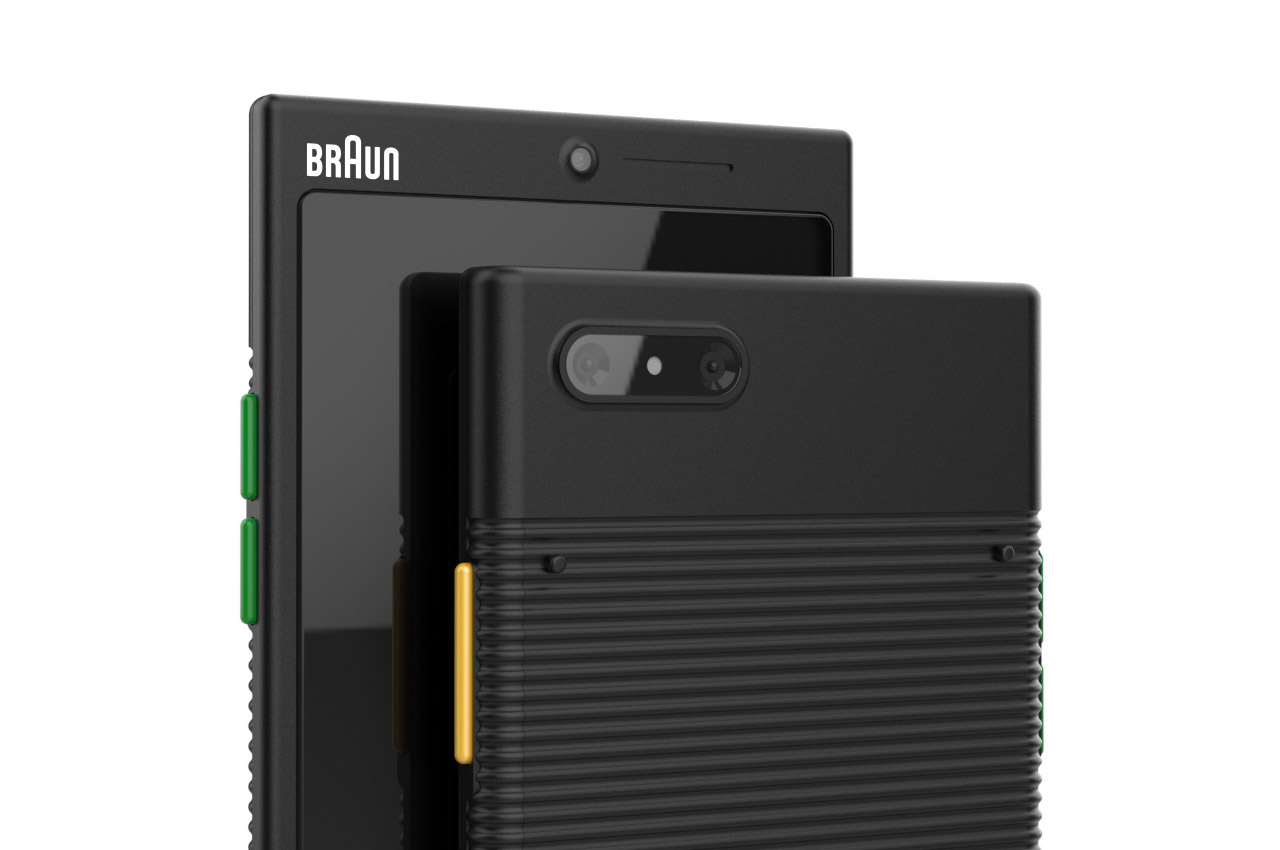 Rugged phones are on the top of the list of people who are in professions that carry the risk of device damage, and thankfully, there are some good options on the market. So, how about having a newbie in this niche segment with a very measured design that could win hearts?

Smartphones of today are sleek gadgets with bezel-less screens and slim form factor to go with our stylish lifestyle. The evolution from a monochrome screen with thick bezels and a fat body into the current shape has been rather mind-boggling with the next big avenue being the folding and rollable phones. In this landscape, a designer imagines a smartphone by Braun, a company only known for its industrial product designs from the mid-20th century with chart-topping products including electric shavers and record players. 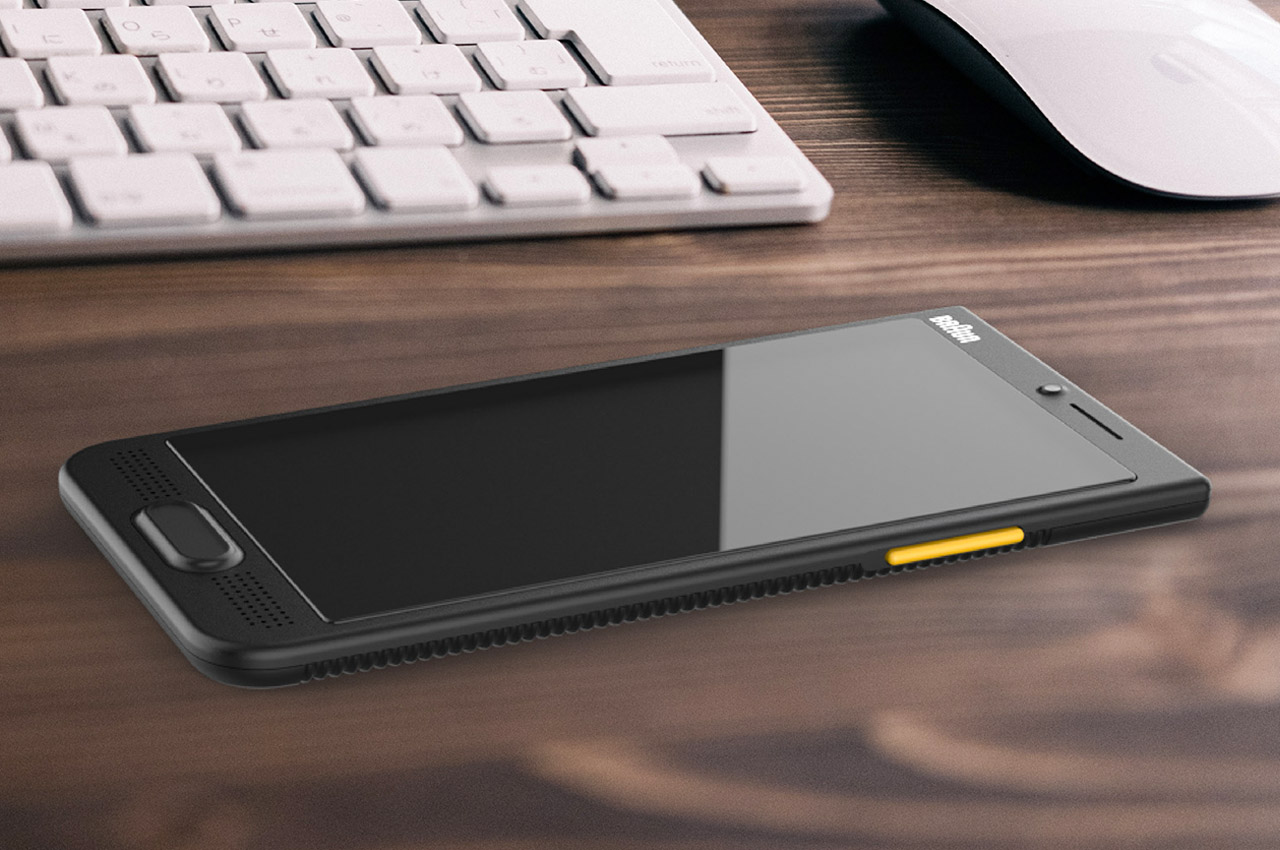 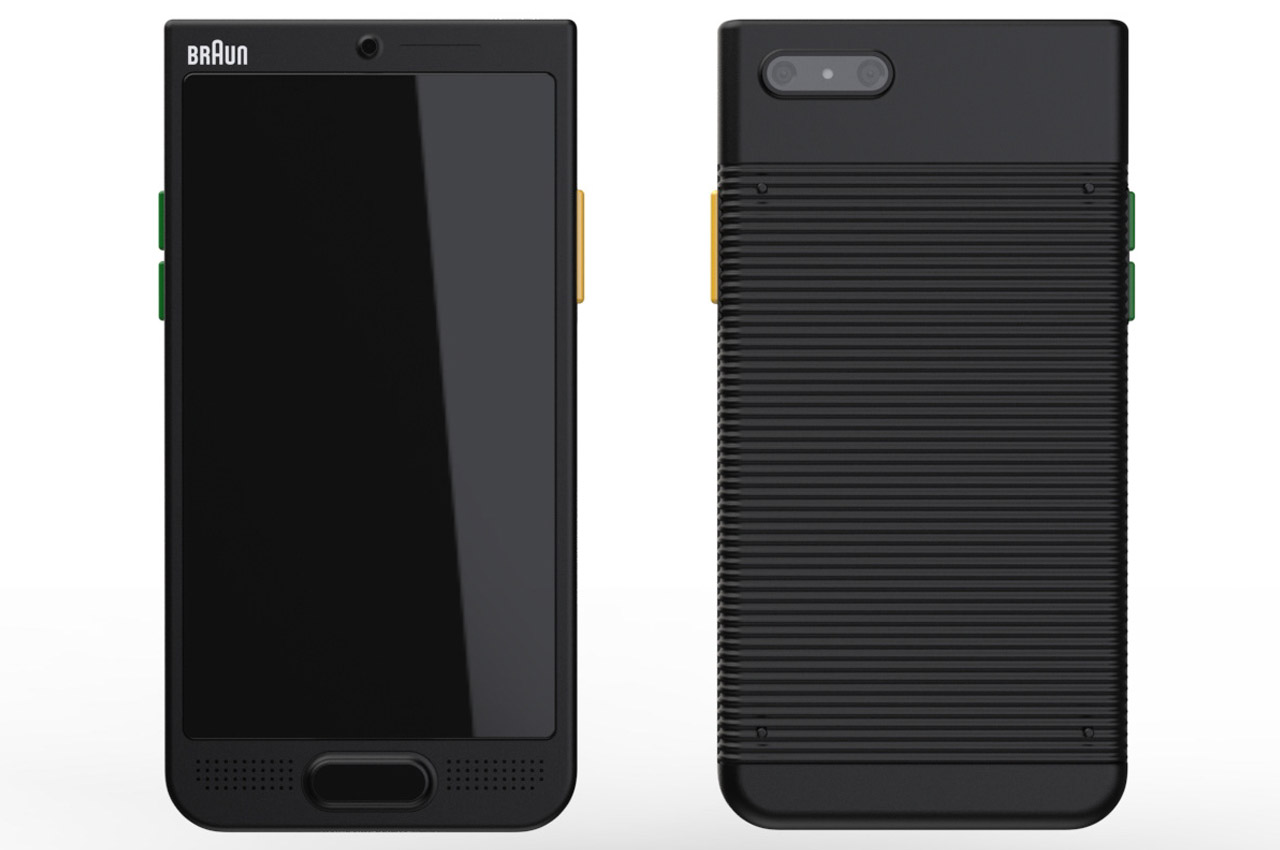 If ever Braun was to jump into the consumer electronics market with its own smartphone, then the device for sure is going to be rugged and built to last a lifetime. Taking a detour from their current product line looks highly improbable, but in the concept design world, anything is possible. I see the Braun What if Phone taking on the likes of Doogee, CAT, Blackview or Ulefone. The USP here is the more compact design in a very slim chassis. While all the other market-leading options for rugged phones look more like an armored vehicle, this one maintains its thin style quo. 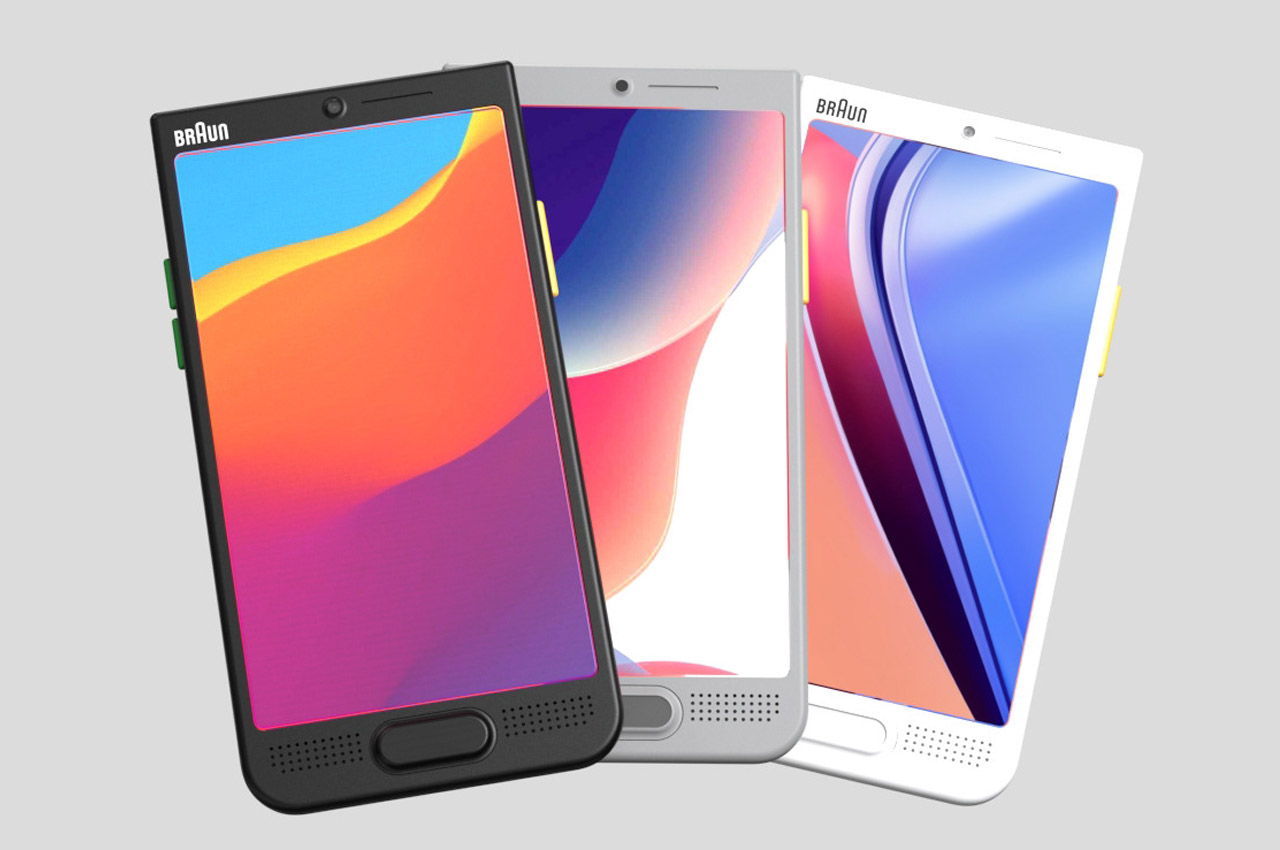 The thick bezels on the top and bottom of the screen are old school, and by common knowledge will only appeal to a certain niche section of the market. Although that doesn’t take away its persona as a minimalistic device, just like the iPhone SE. One unique feature that instantly caught my eye is the hybrid shape, wherein, the top has slightly edgy corners, and the bottom has the typical iPhone 13 contour.  The designer imagines the Braun phone to be draped in white, black and silver-colored hues. 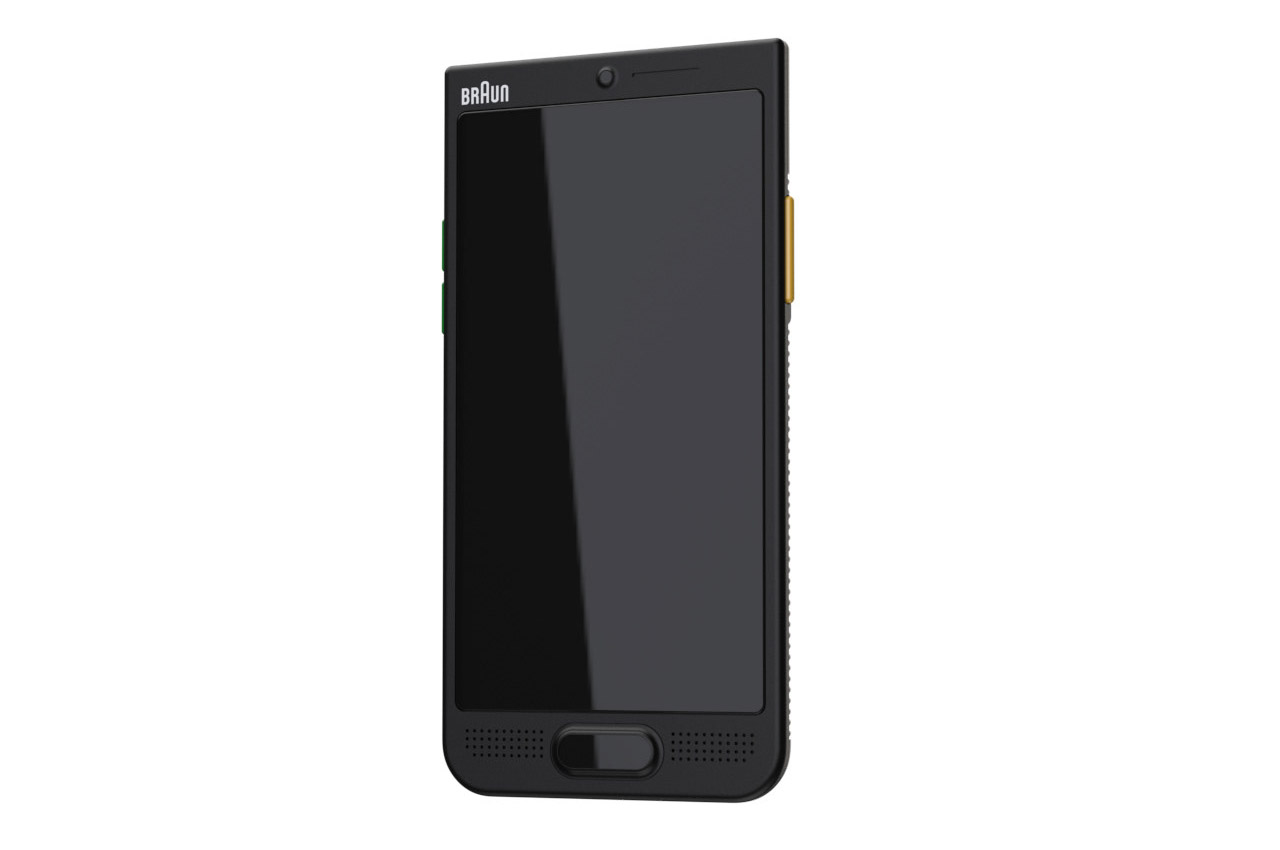 The speakers are positioned at the front bottom section alongside the fingerprint scanner which lies outside the screen area. The same goes with the selfie camera which is positioned at the top middle. Moving on to the rear, the industrial design takes precedence with the riveted back and that peculiar dual camera lens setup. This brings in a robust character both visually and functionally. On the sides, the yellow power button and the green volume rocker buttons on the other side add a bit of zing to the overall balanced design of this phone. 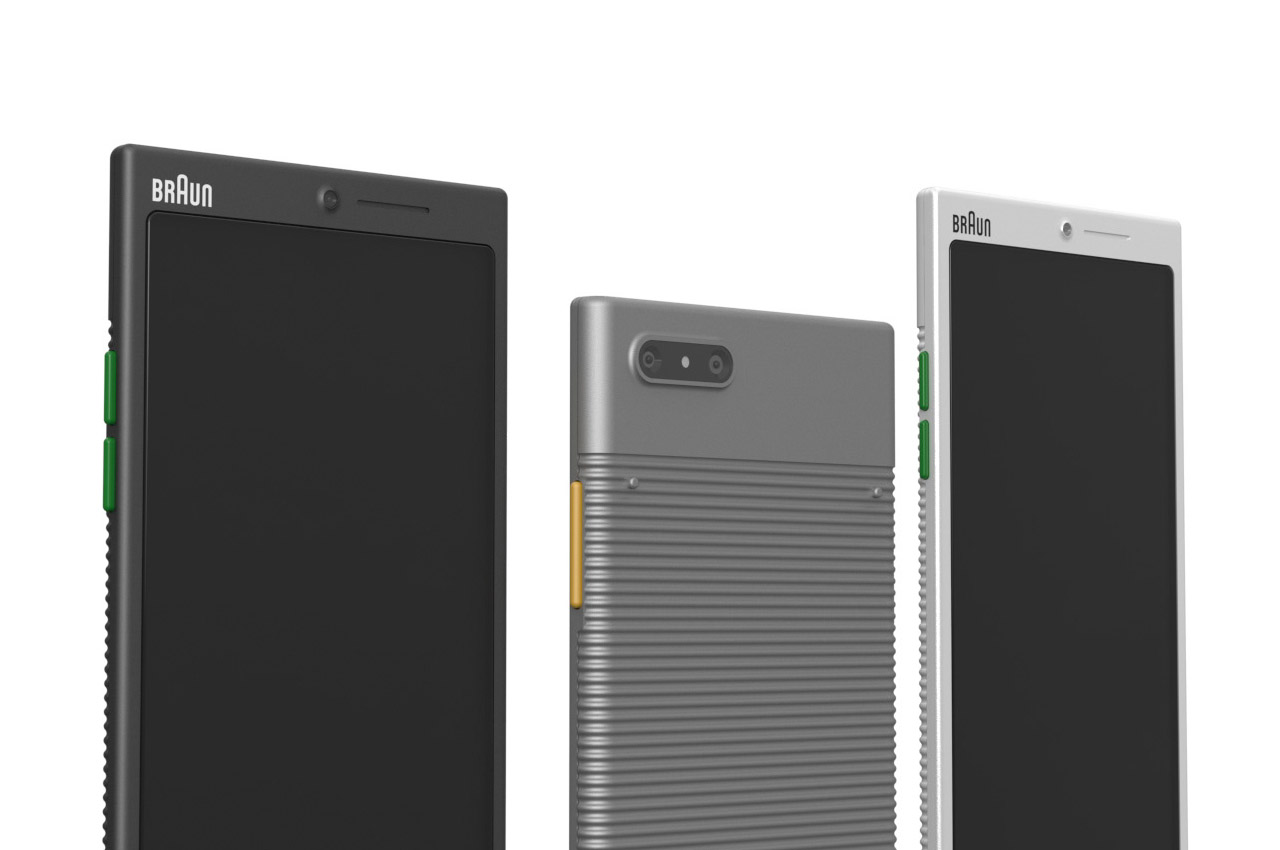 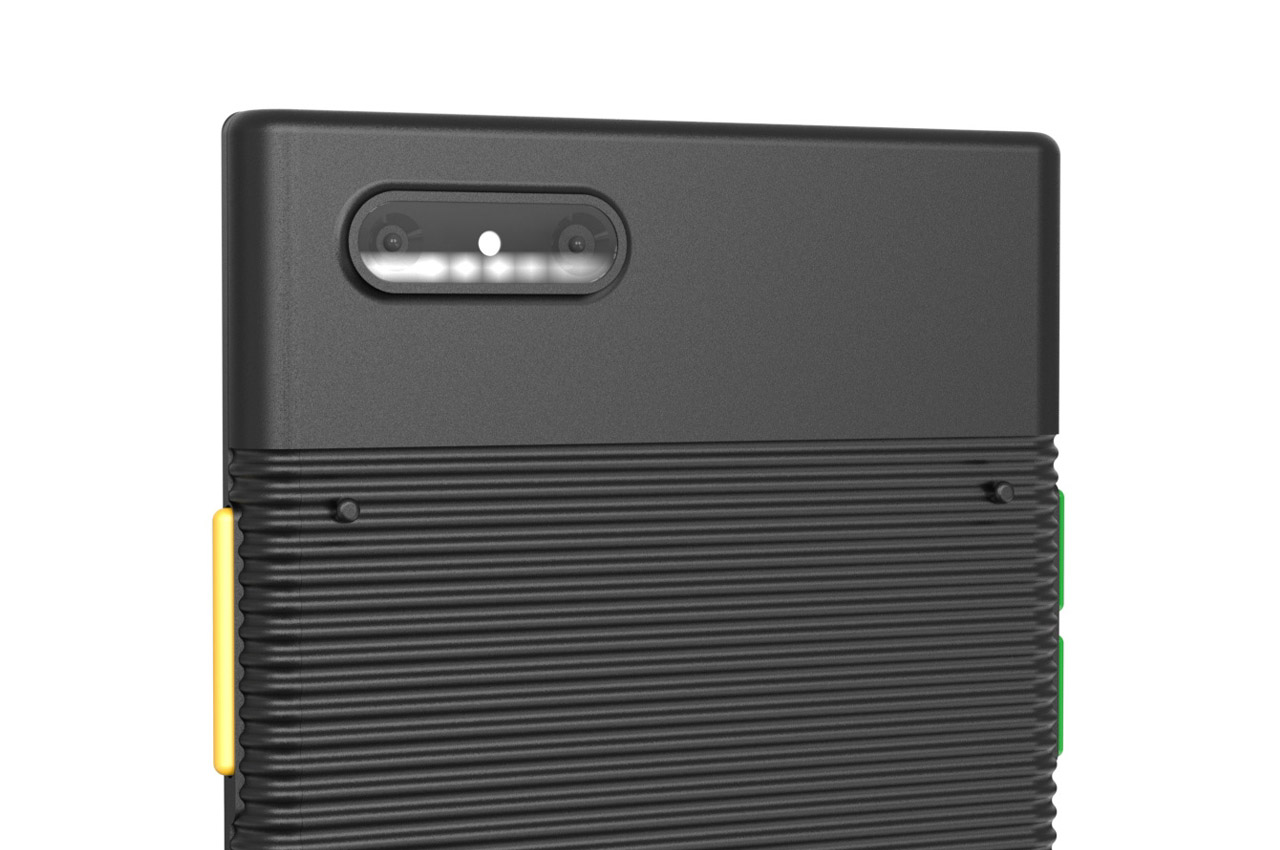 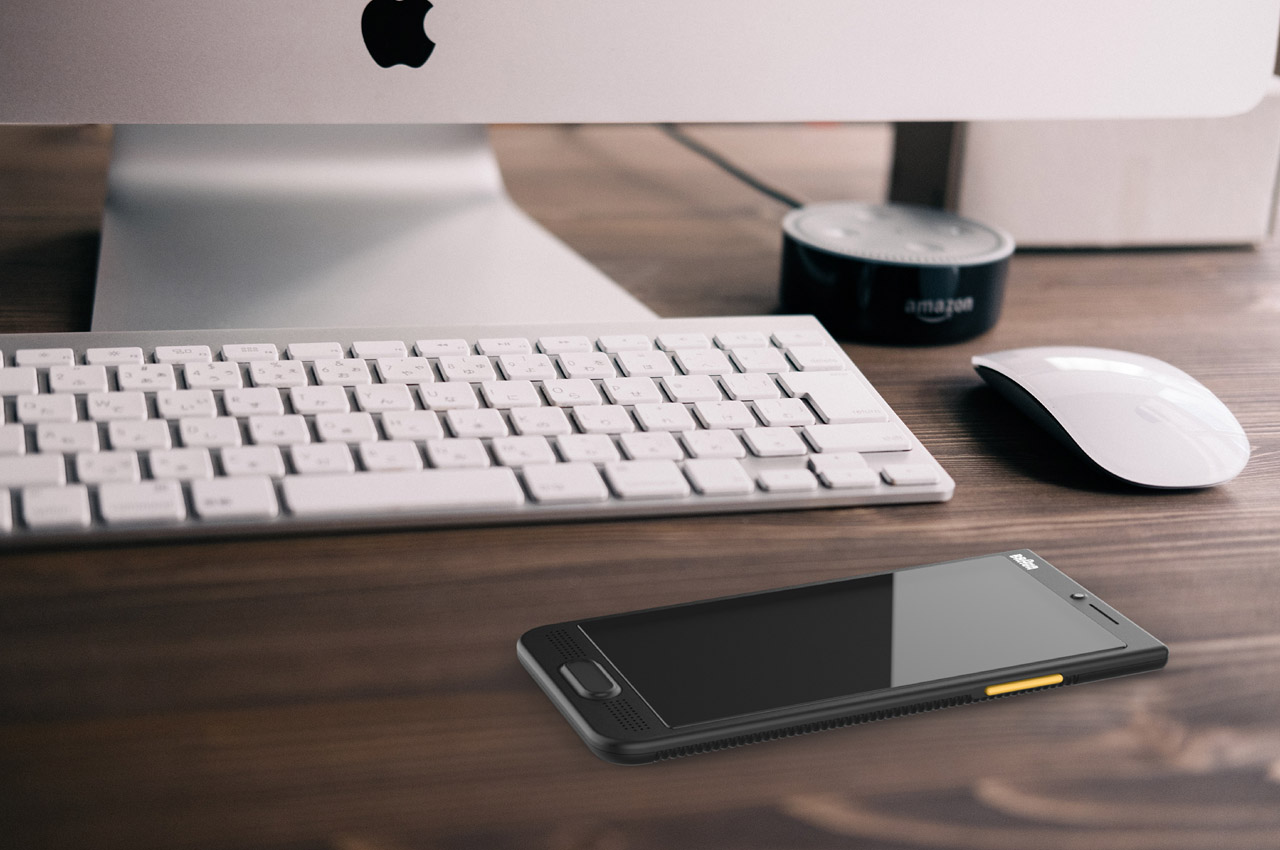 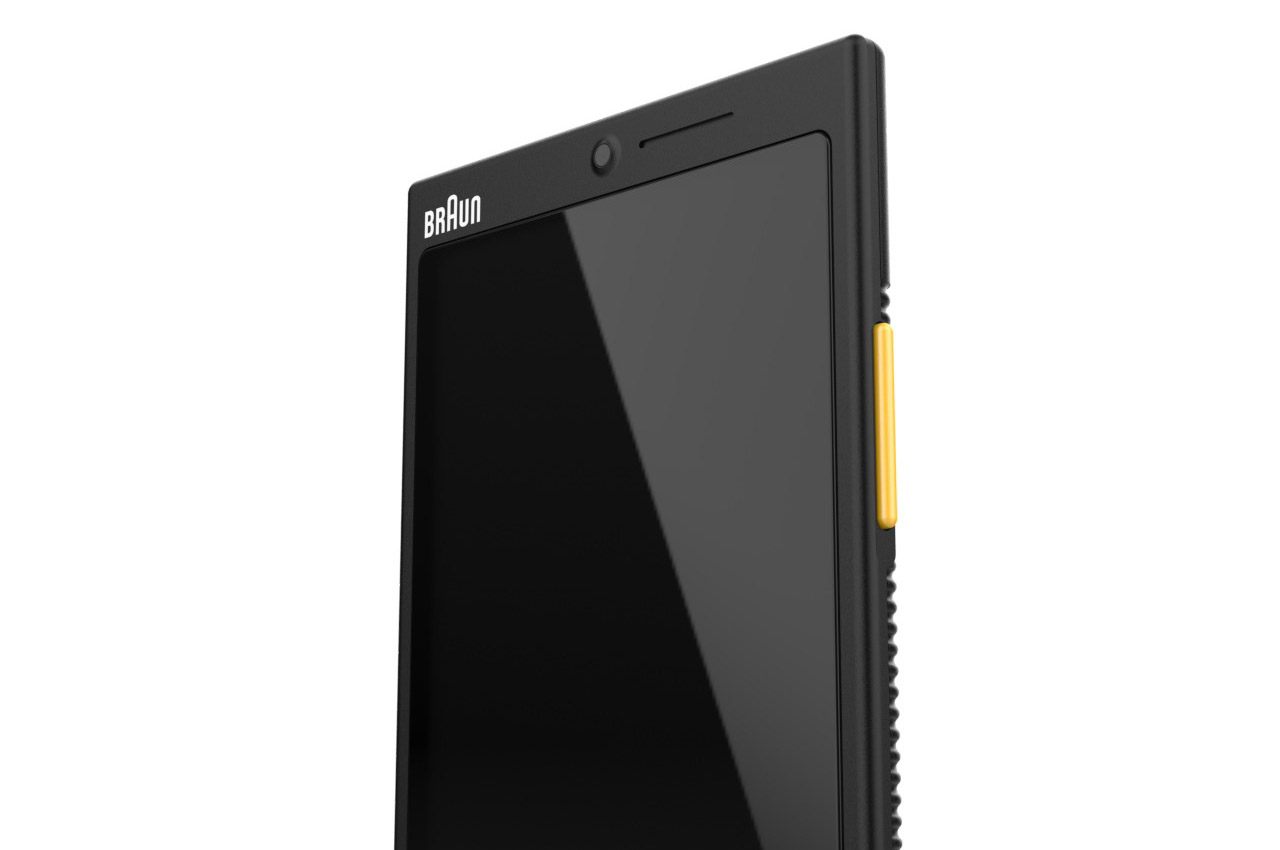 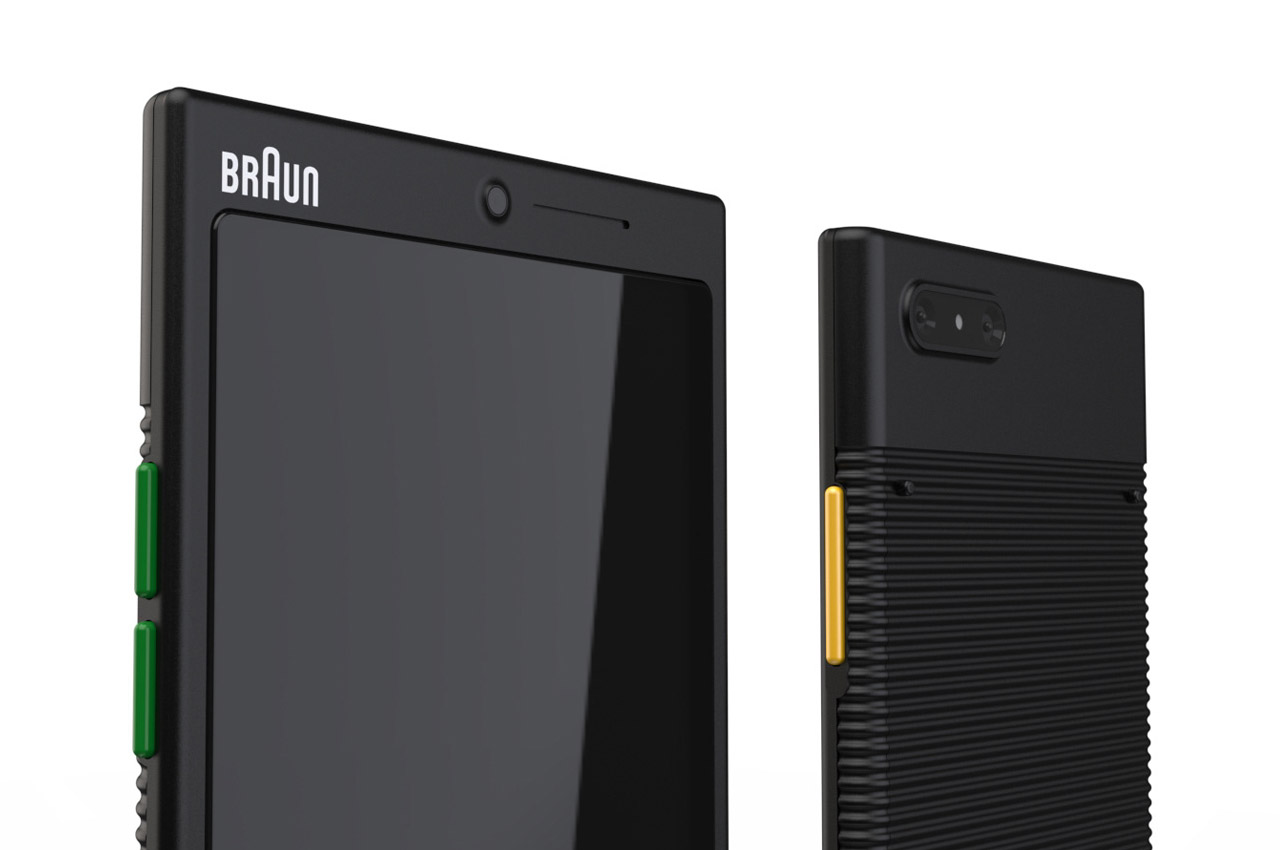 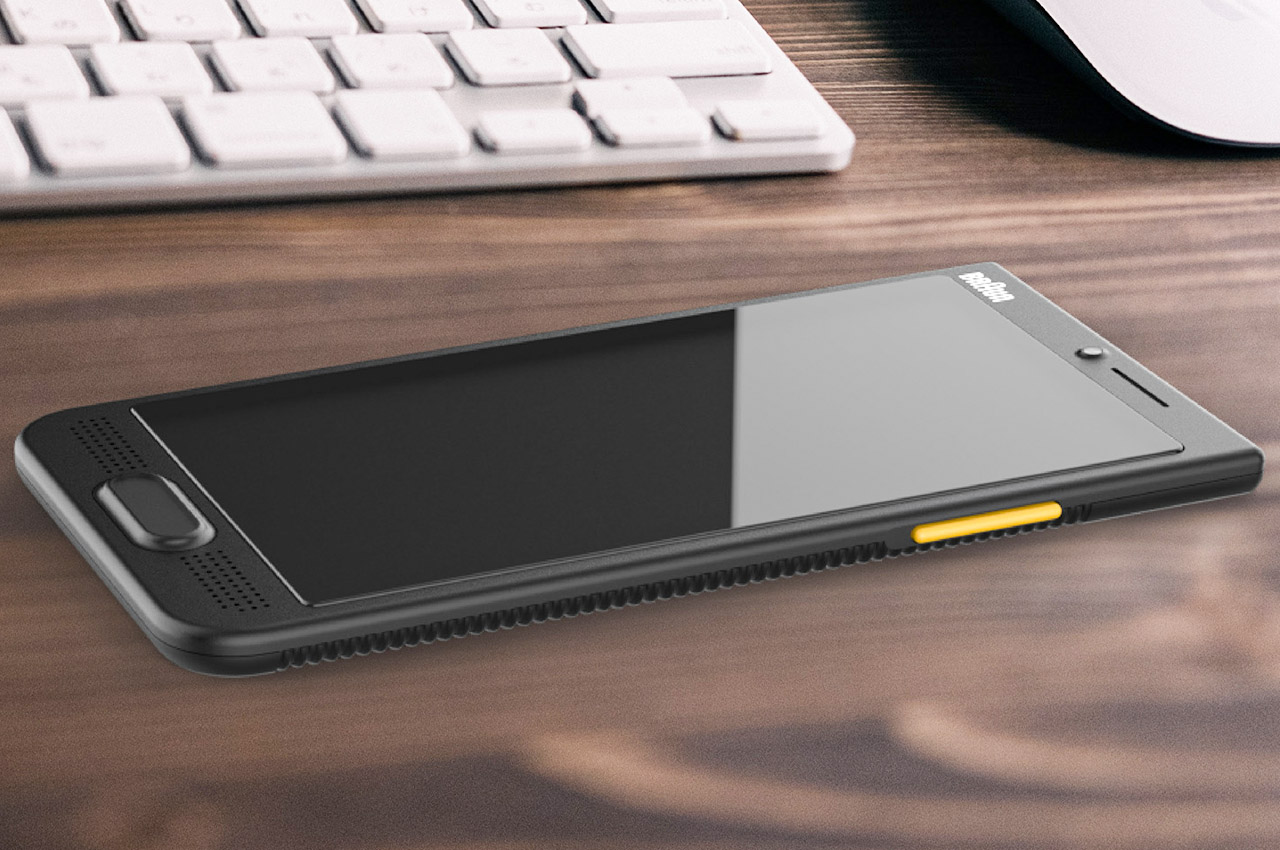 On a mission to locate, evaluate, and celebrate great young minds and their potentially life-changing ideas, the James Dyson Award is held every year, seeing…

This is the Samsung Galaxy S6

Based on the creative inputs from their community, the 91mobiles team has drafted their version of the Samsung Galaxy S6 Smartphone. The flagship concept features…

Nowadays, speaker designs are getting innovative by the day! However, there’s a certain appeal to modular speakers that I simply cannot deny. One such example…

The Dustpan for Dummies

Tired of walking on eggshells while you use a dustpan? Even the slightest movement can result in a dirty disaster where debris goes everywhere! Ariel…