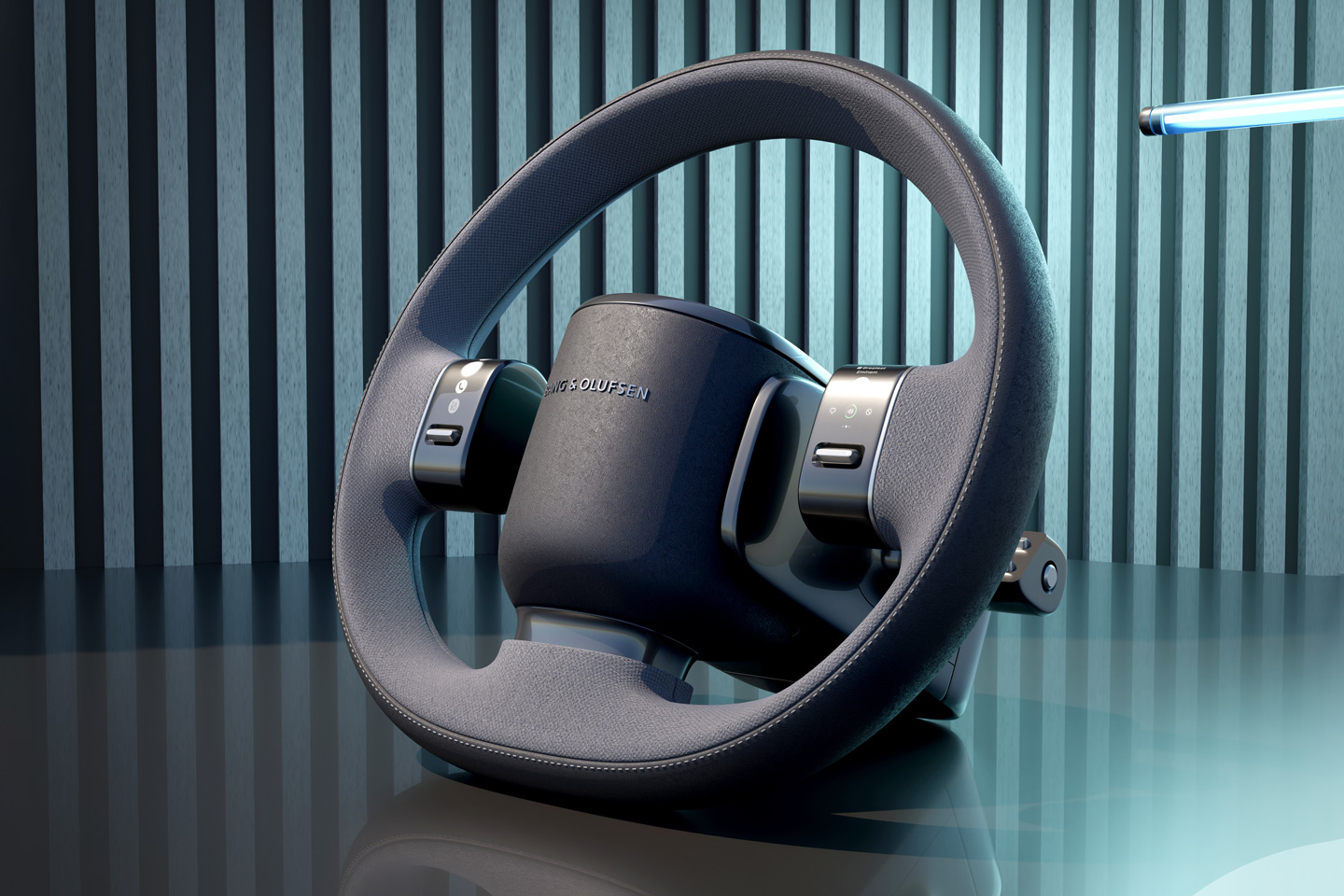 In a future where cars are less about driving and more about riding, the Bang & Olufsen Steering Wheel Speaker lets you have your cake and eat it too. Designed by Alexandre Picard, the steering wheel/speaker concept is a wild idea that dabbles with an entertainment-driven future for cars. The inspiration for the speaker came from the Beolab series, which prompted Picard to think about how B&O could design speakers for other kinds of interiors too.

The Bang & Olufsen Steering Wheel Speaker is definitely unconventional, but it sends the audio giant on a new trajectory, allowing them to cement their position in the luxury automotive space too. Picard’s design retains the steering wheel’s original functionality, while also adding the signature B&O audio touch to it too. The speaker unit sits at the center of the wheel, right above the wheel’s airbag enclosure. The wheel comes with two controls on each side, and tiny screens above them too, allowing you to control aspects of the smart-car experience like answer/reject calls, control music/podcast playback, and even increase or decrease the car’s volume. The wheel provides just the right amount of function when you’re driving, and instantly converts into an entertainment unit when your smart car is operating on its own. 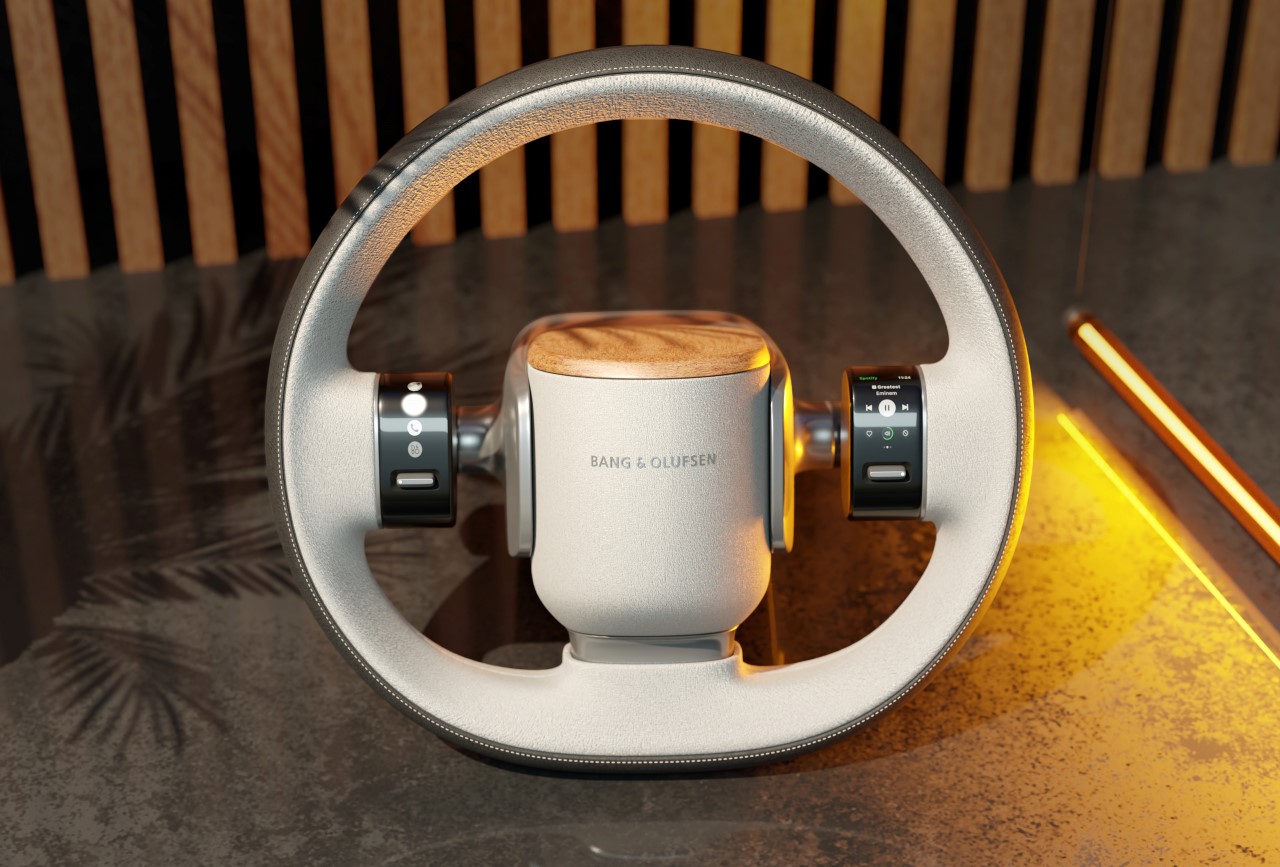 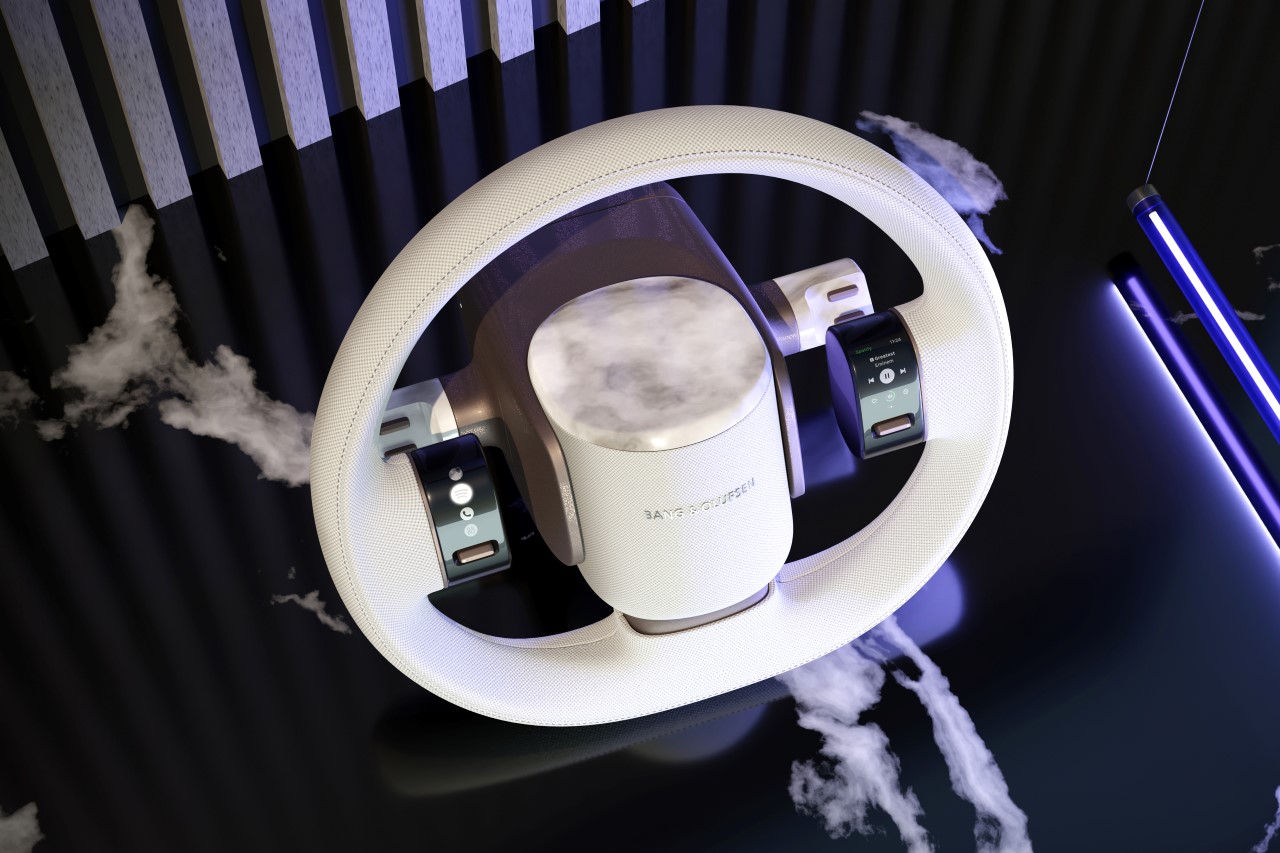 Picard’s design provides the perfect entry for non-automotive companies to enter the automotive space. In the future, the car doesn’t remain a manual vehicle, it now becomes an extension of your home – a room on wheels. The speaker-steering wheel hybrid brings a host of smart services to the car, allowing voice assistants to enter the automotive space fully. It also allows the smart speaker (which has hitherto remained a stationary home-based device) to be present in yet another space, and another aspect of your life. 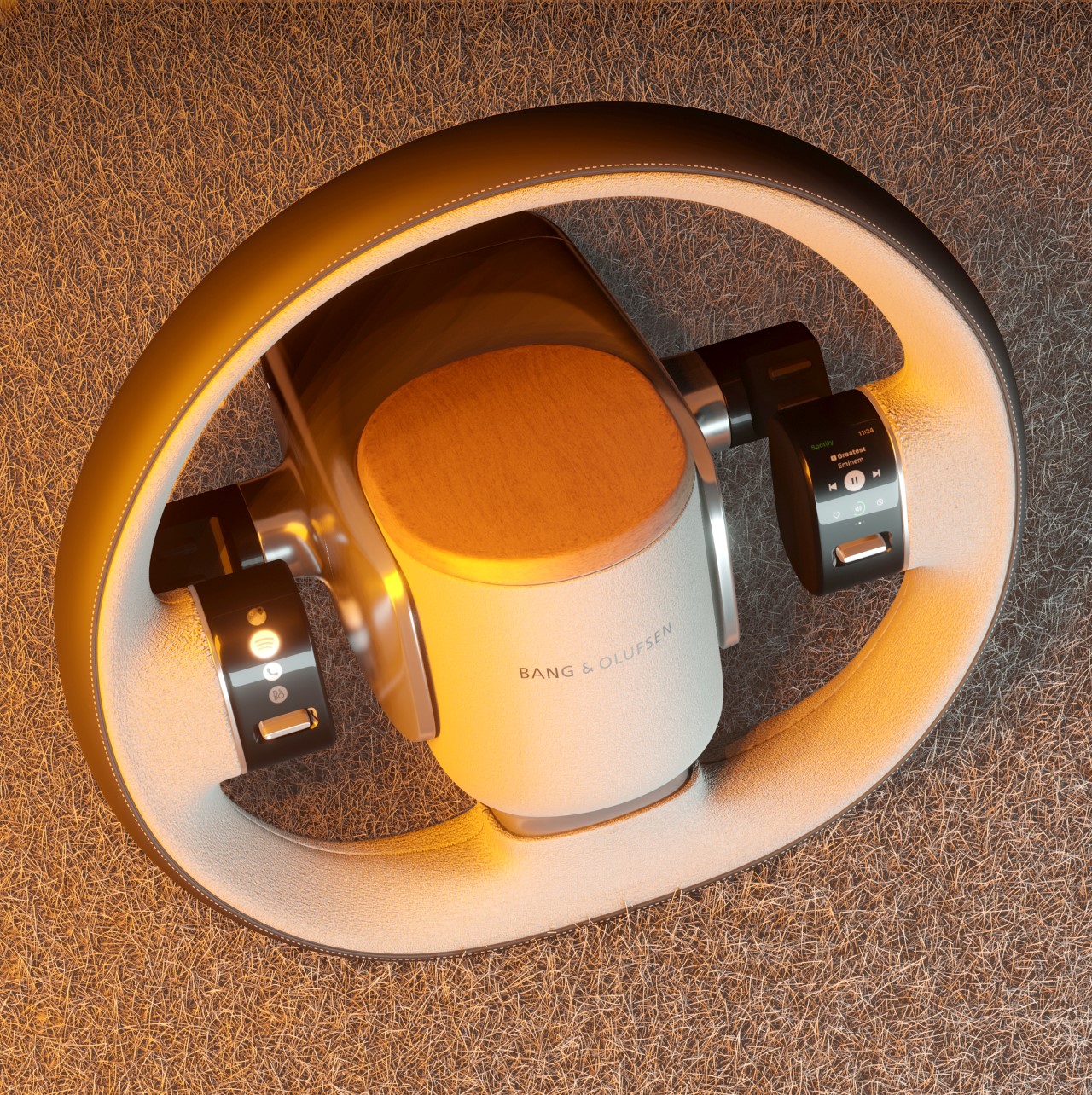 Is it a little too far-fetched to imagine a company like Bang & Olufsen entering the smart-car industry? Probably, but then again, the smart self-driving car has unlocked a new frontier for infotainment. One could argue that Apple’s reason to make a car simply helps fuel its services-model. A car would mean people use Apple Pay to buy their vehicle and to pay for recharges. The self-driving car would also allow Apple TV to really take off, and one could argue that the idea of listening to the radio or to podcasts while driving could easily propel Apple Music to the top of the music and podcast streaming business. 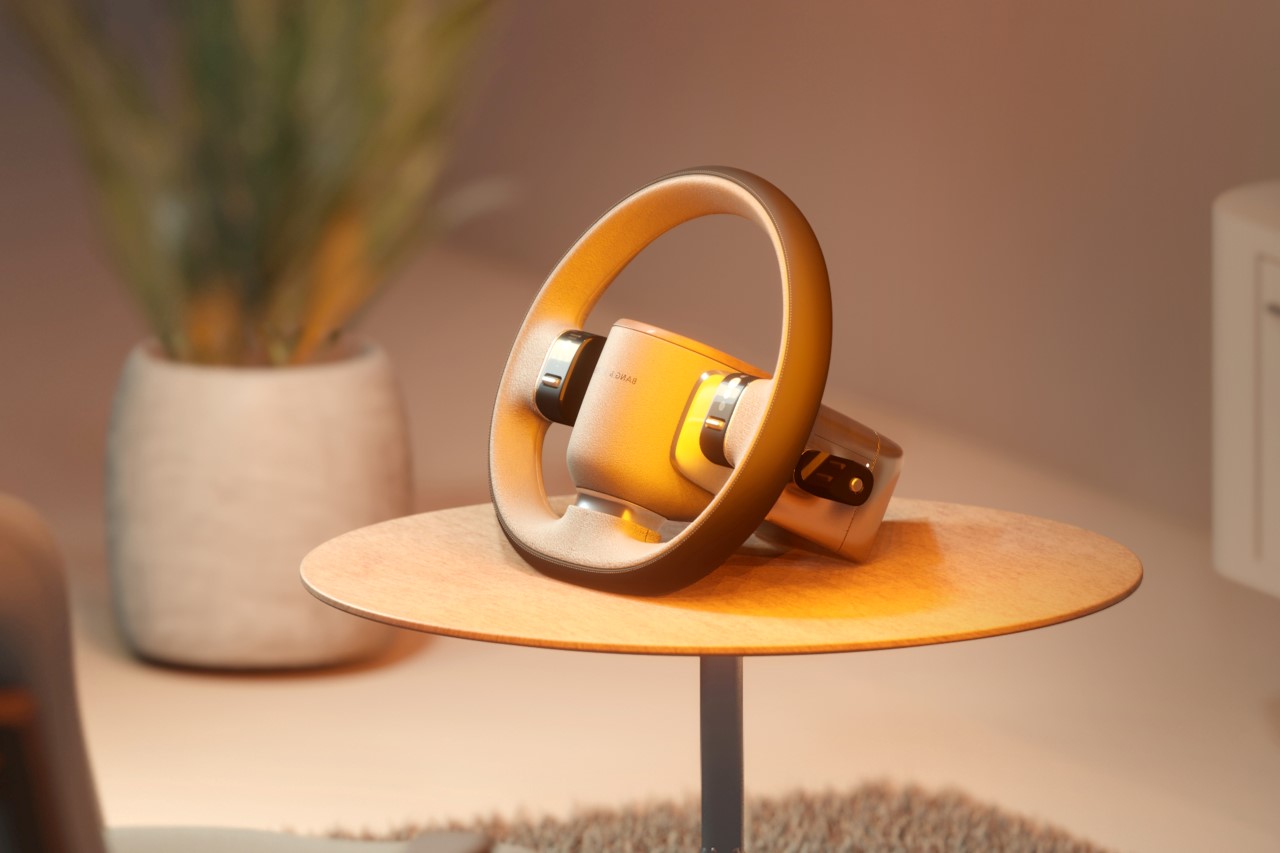 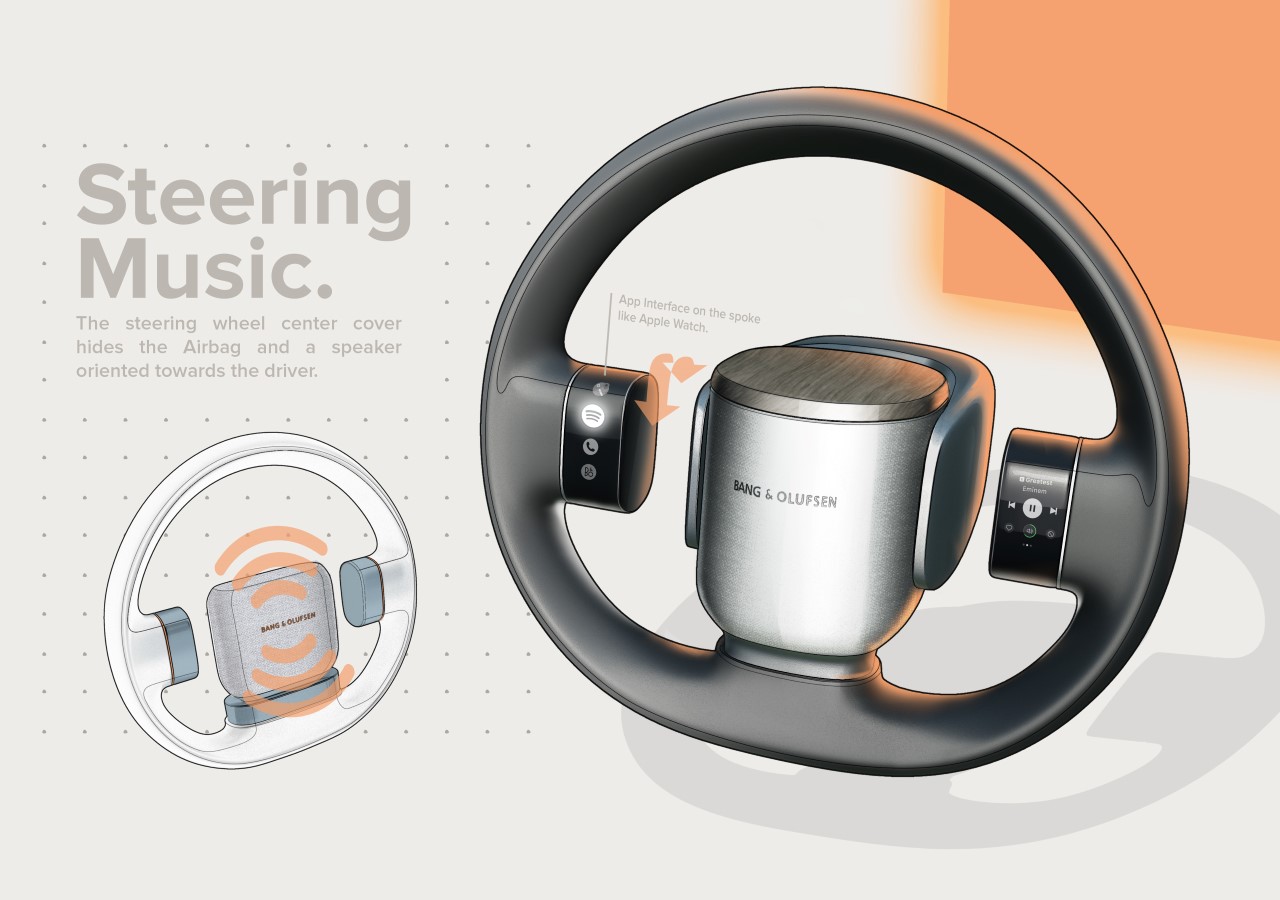 I must admit, I am not really a fan of either Italian sport car maker Lamborghini or Italian fashion house Versace. Individually I find them…

Audiophile-approved speaker designs to elevate and upgrade your music experience!

Owning a great speaker is always essential, not only to blast out some groovy music at your parties but also for those days when you…

When you see a Lamborghini, you see style, elegance, power and performance. Top of the line in all it has to offer inside and out….