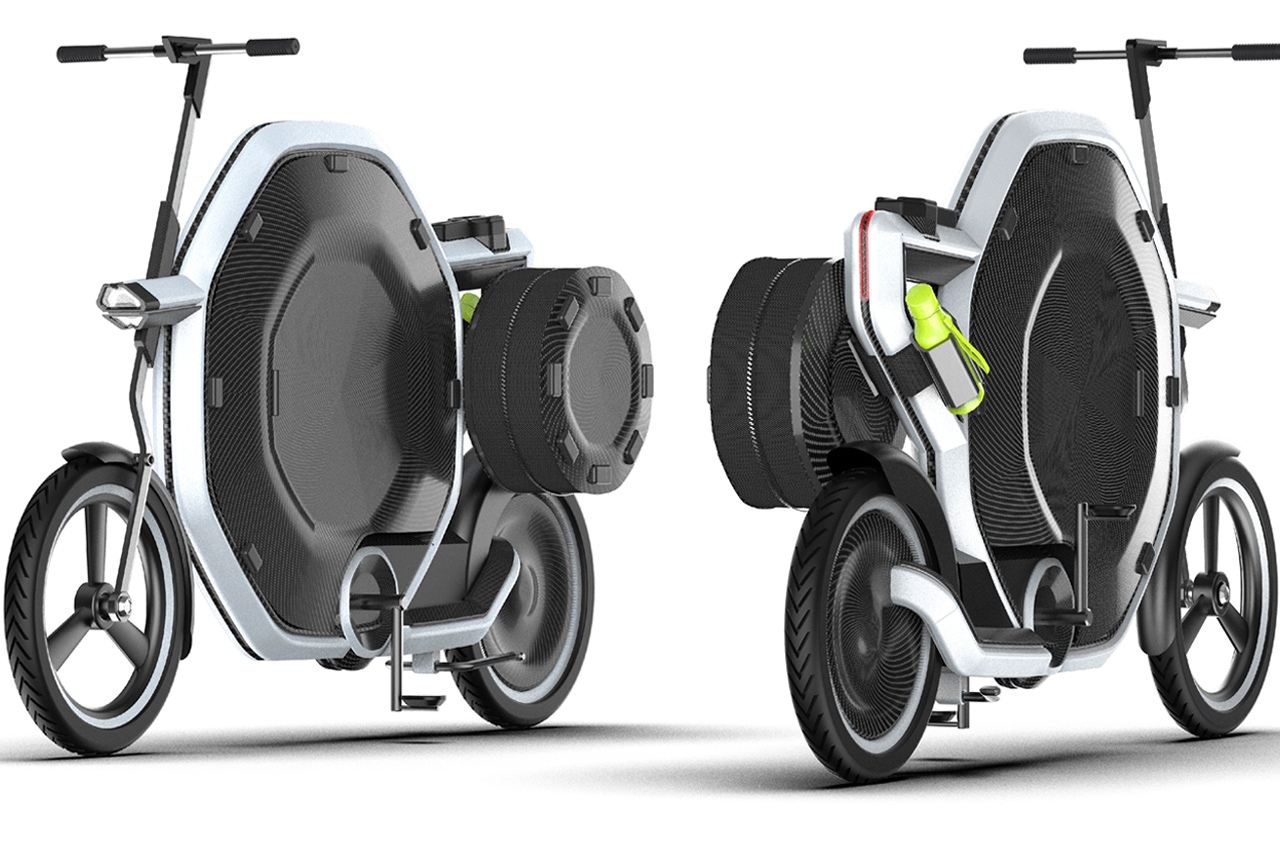 A modular bike with a frame that can turn into a massive cargo storage area, divided tactically into three separate compartments. So, no more balancing acts while returning from the grocery store with loads of stuff to carry home!

Riding bicycles in congested city streets with a sizeable stash of groceries, household items, and other things can be dangerous both for the rider and bystanders. Hanging bags on the handlebar or loading bulky boxes behind the seat car make it utterly difficult to steer the two-wheeler. It can put the bicycle rider off balance due to frequent shifts in the center of gravity which is not ideally what one would want. 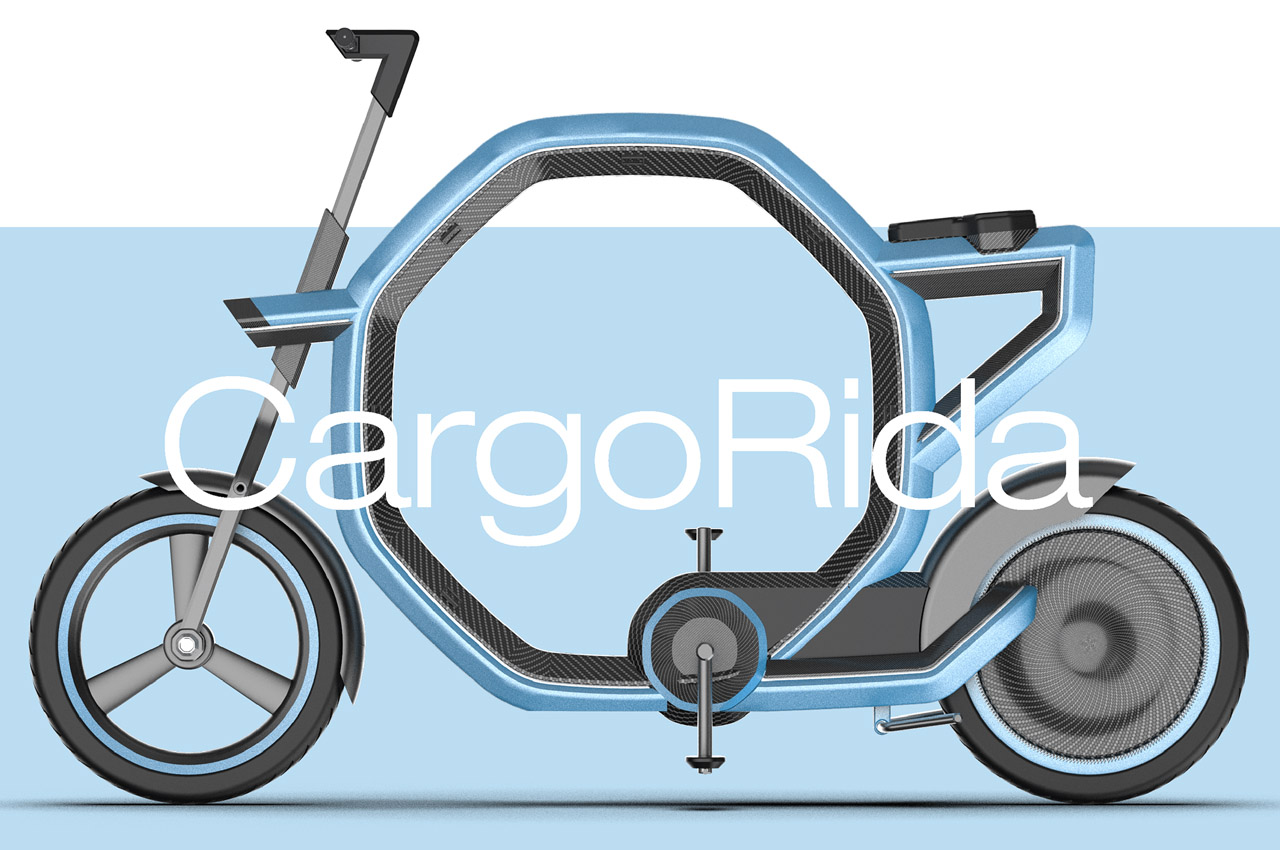 Beomsu Kang’s CargoRida steps in to solve the predicament in a very clever manner. The bicycle’s unique design is reminiscent of the ingenious Cercle bike which is literally a home on wheels for ones struck with insatiable wanderlust. The CargoRida, however, is a more refined version for city dwellers, with its focus set on the consumer market adopting bicycles as their primary means of transportation for short distances. 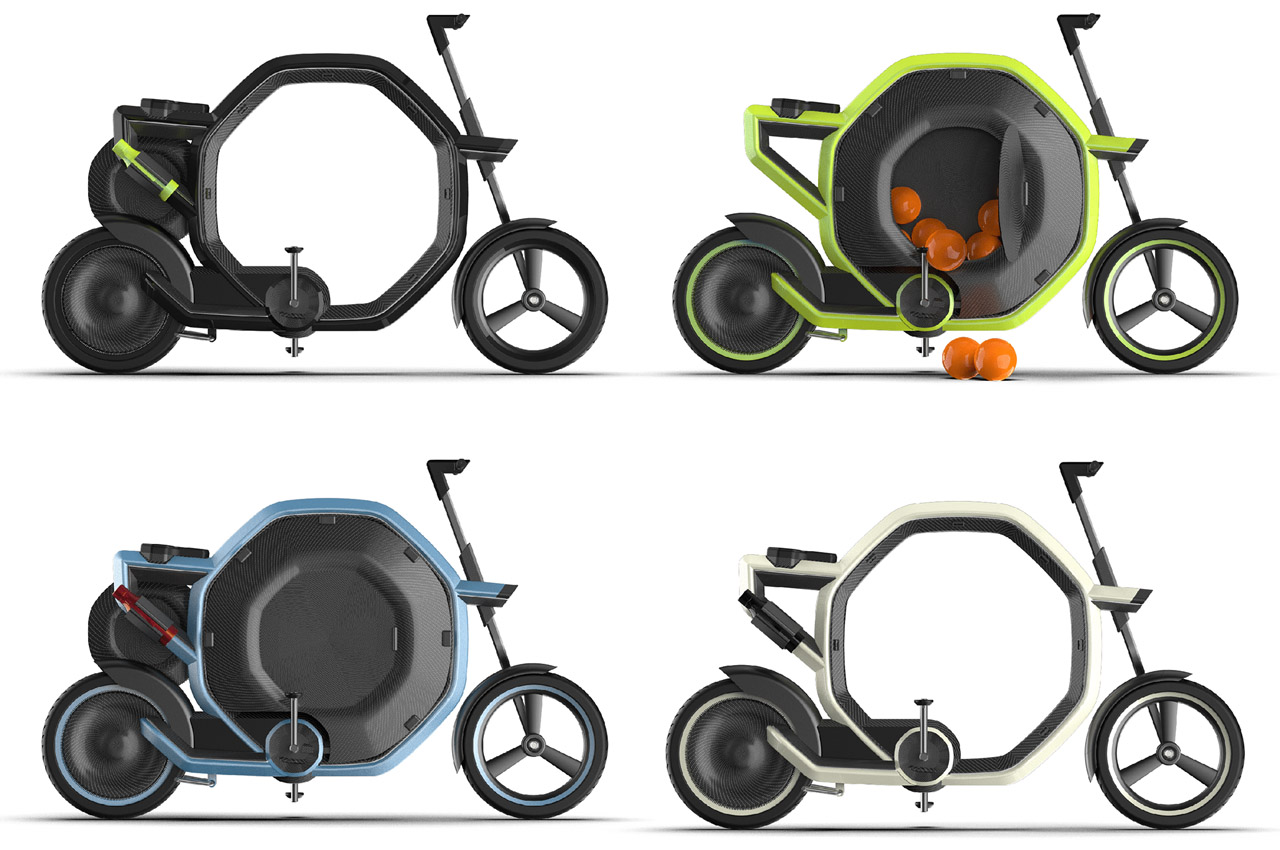 The bicycle is designed in a way to make space for hanging bags, putting cargo, and everything in between. The idea is to keep the center of gravity low and the dangling motion of the bags out of the equation. It is capable of carrying 140 liters of luggage which is approximately equal to full-sized five bags. Likewise, the frame trunk can hold around 100 liters of cargo, the seat trunk can haul additional 40 liters, and the bucket carrier can hold 1 liter of cargo when the other compartments are full. 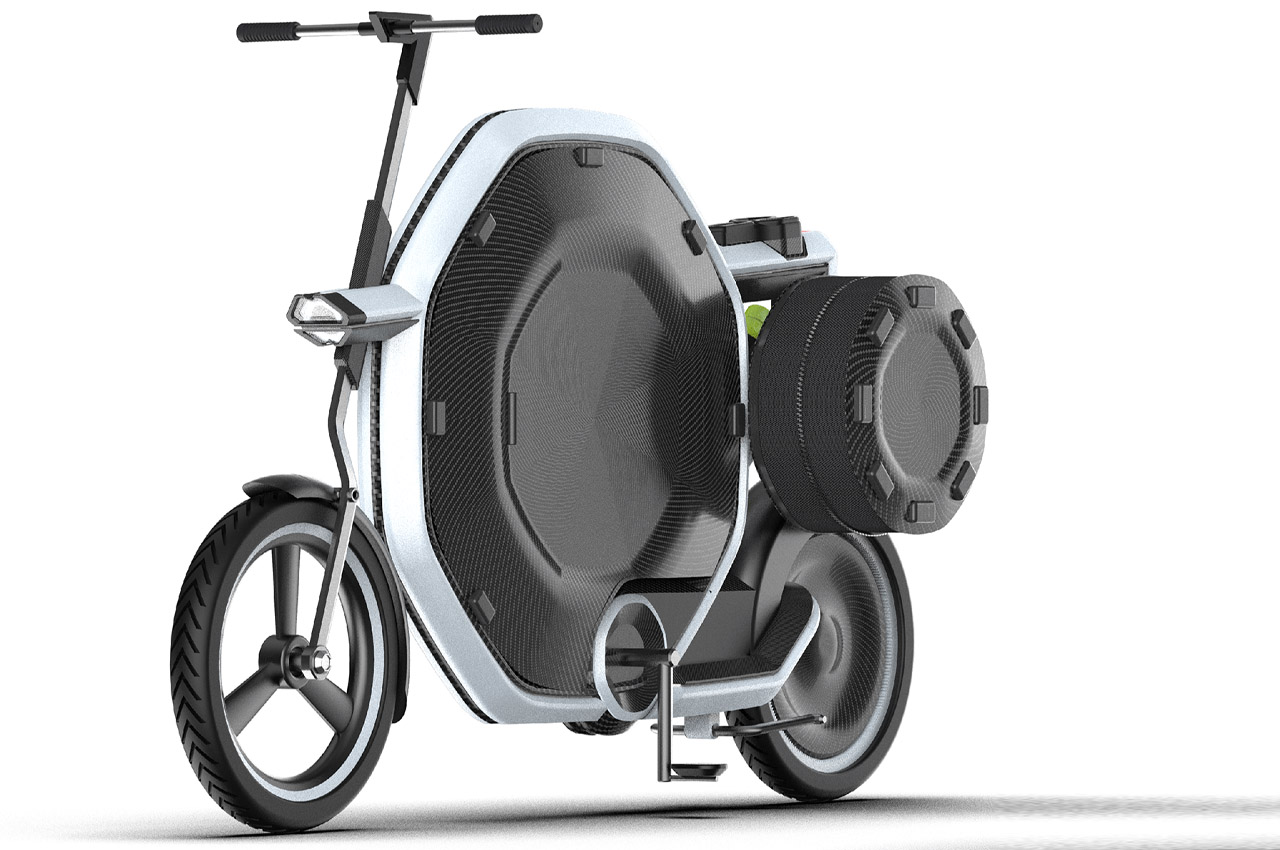 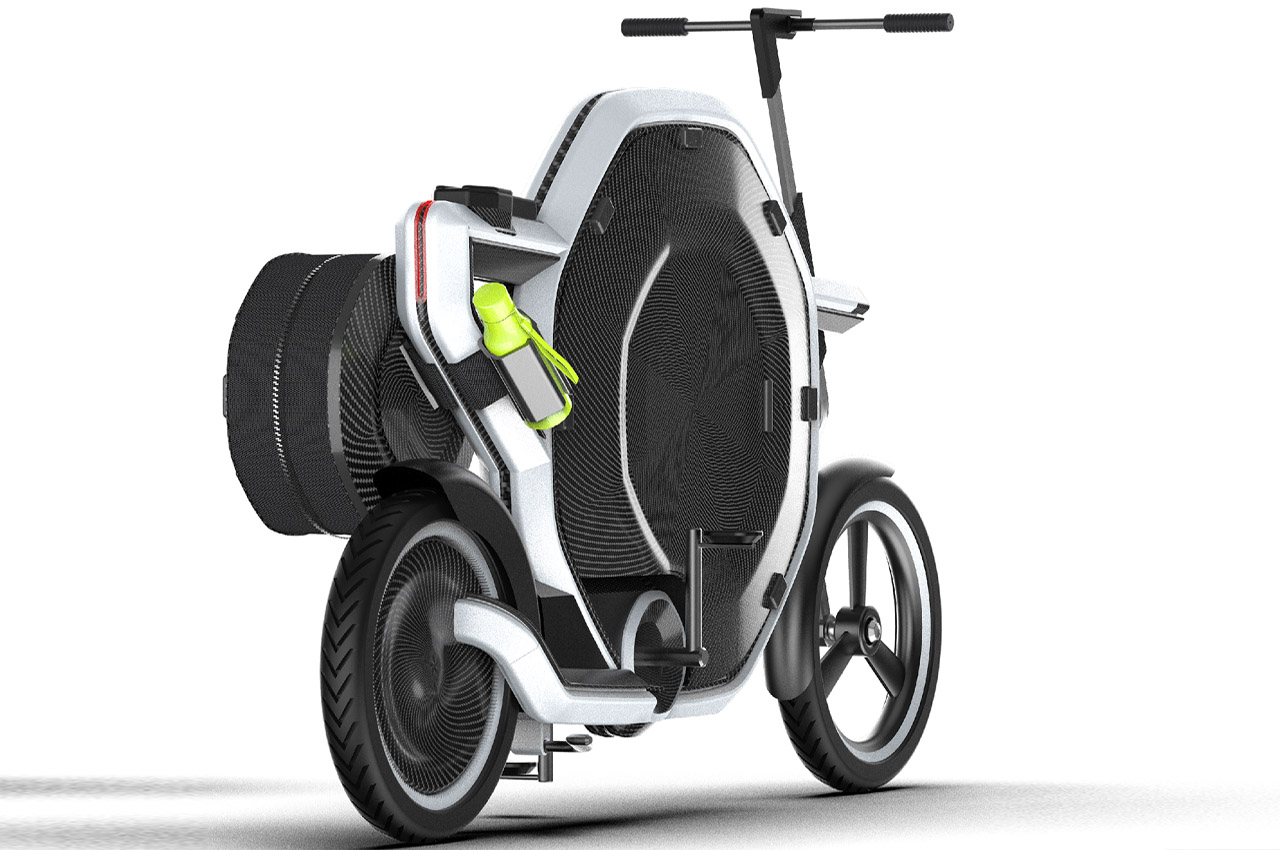 Concept sketches by the designer show how much thought has gone into penning this utility bicycle from scratch. The three main trunks can be attached and detached at will which is a highlight feature. The frame trunk attaches to the bike’s middle section of the frame and the seat trunk is secured in place with Velcro attachment under the seat. The same goes for the seat trunk and water bottle carrier. When the frame trunk is attached, the pop-up door allows the rider to securely put items. Each of the storage compartments in this bike has a covered waterproof housing. 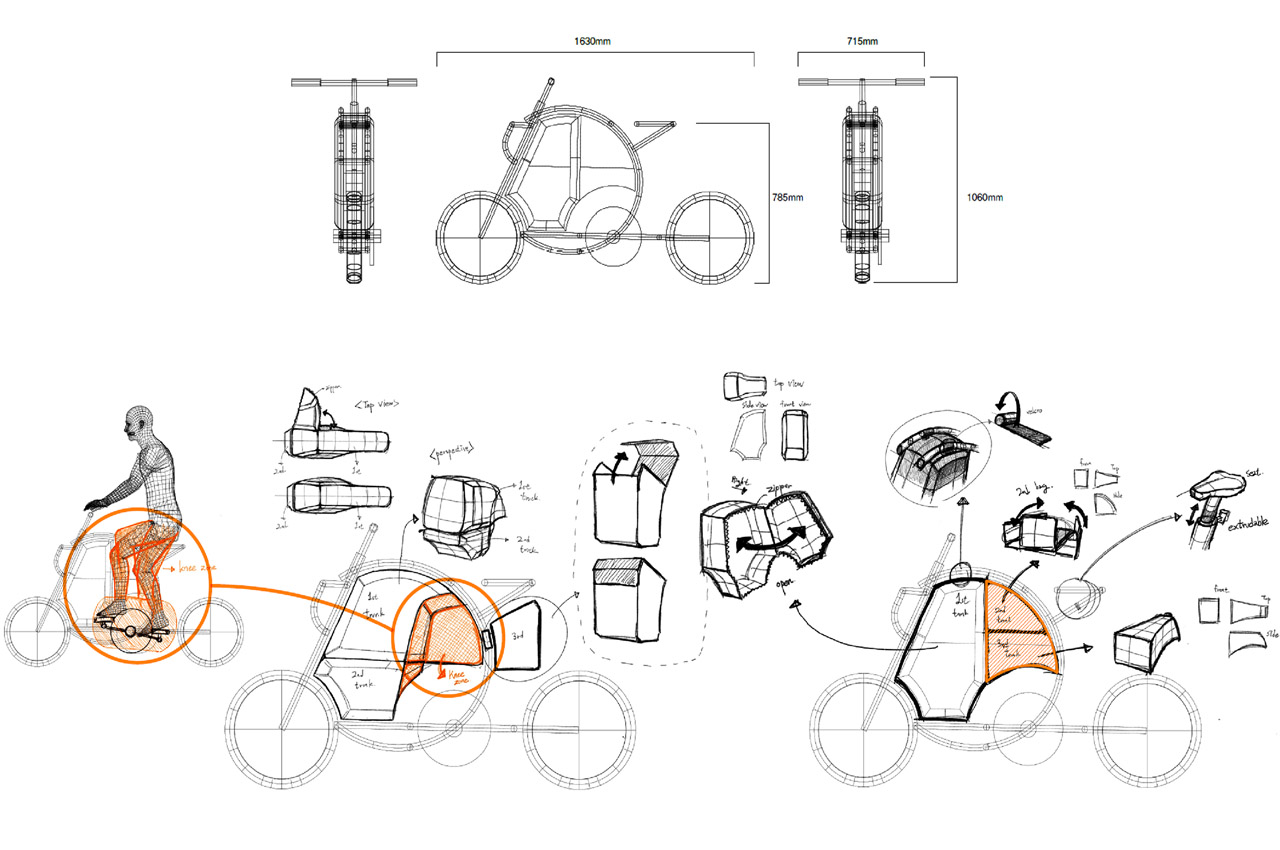 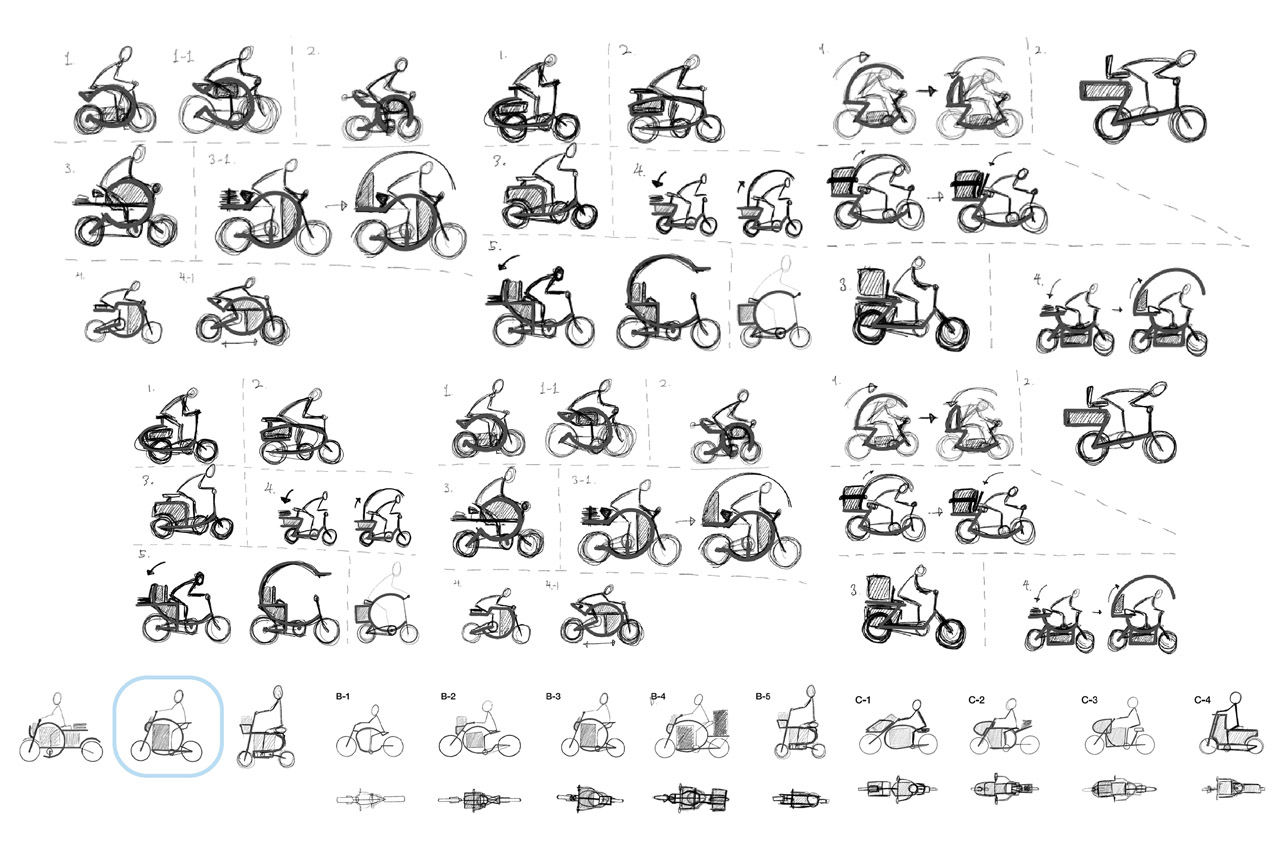 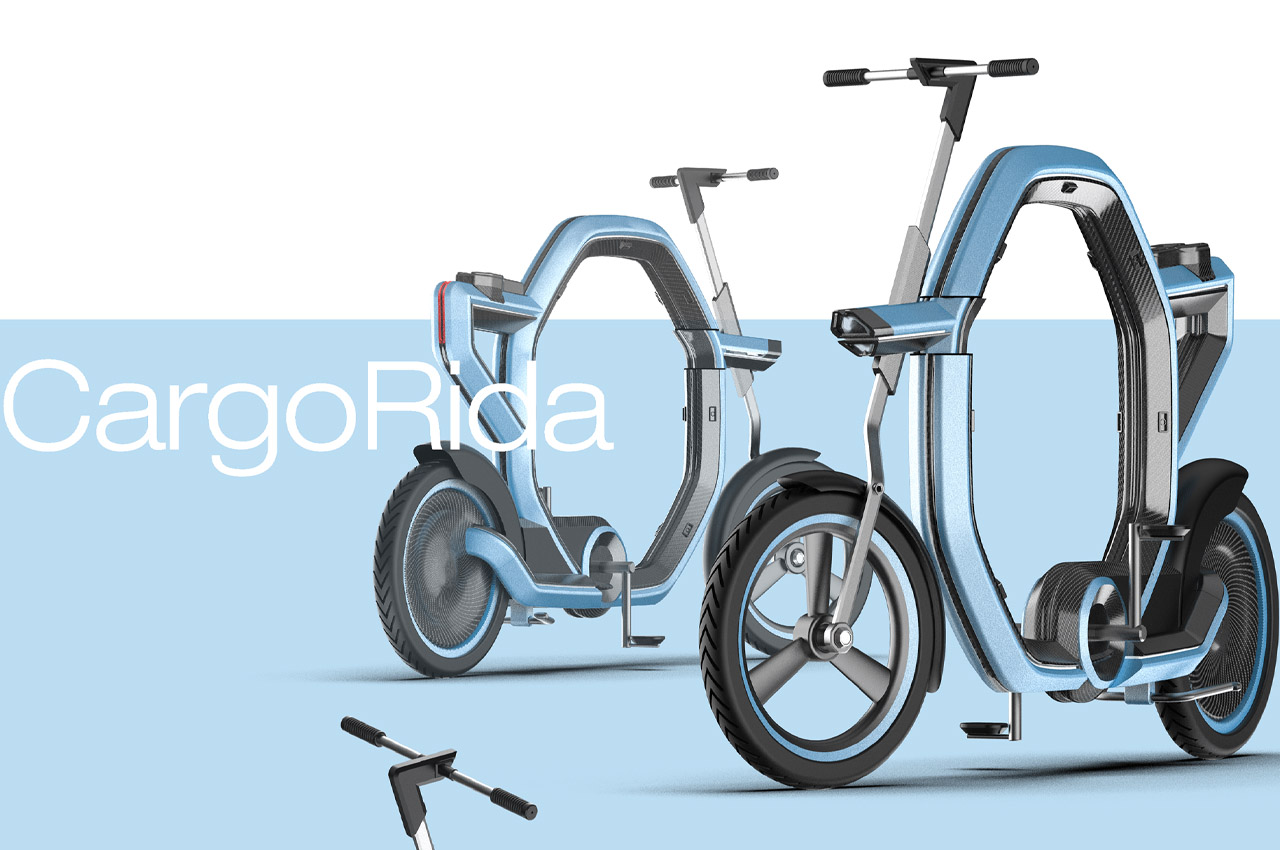 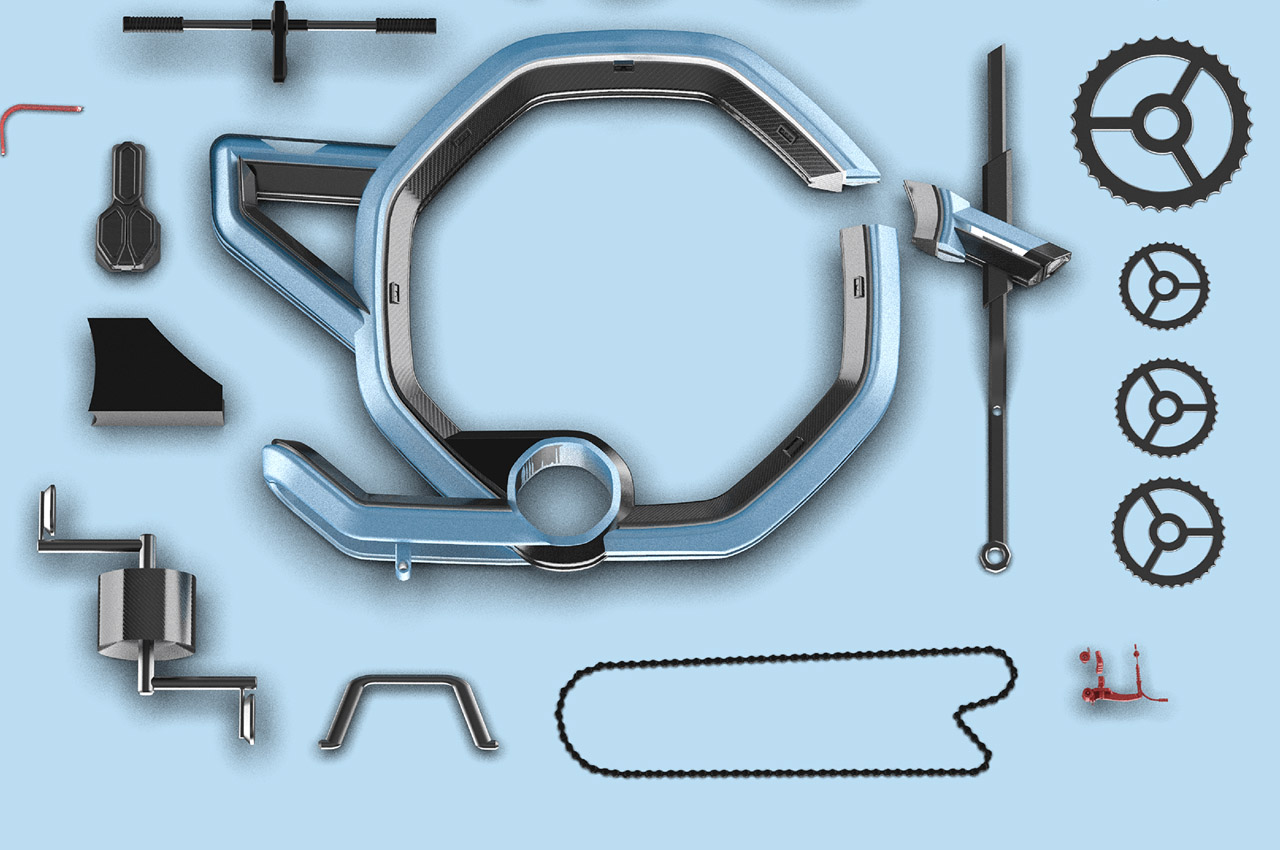 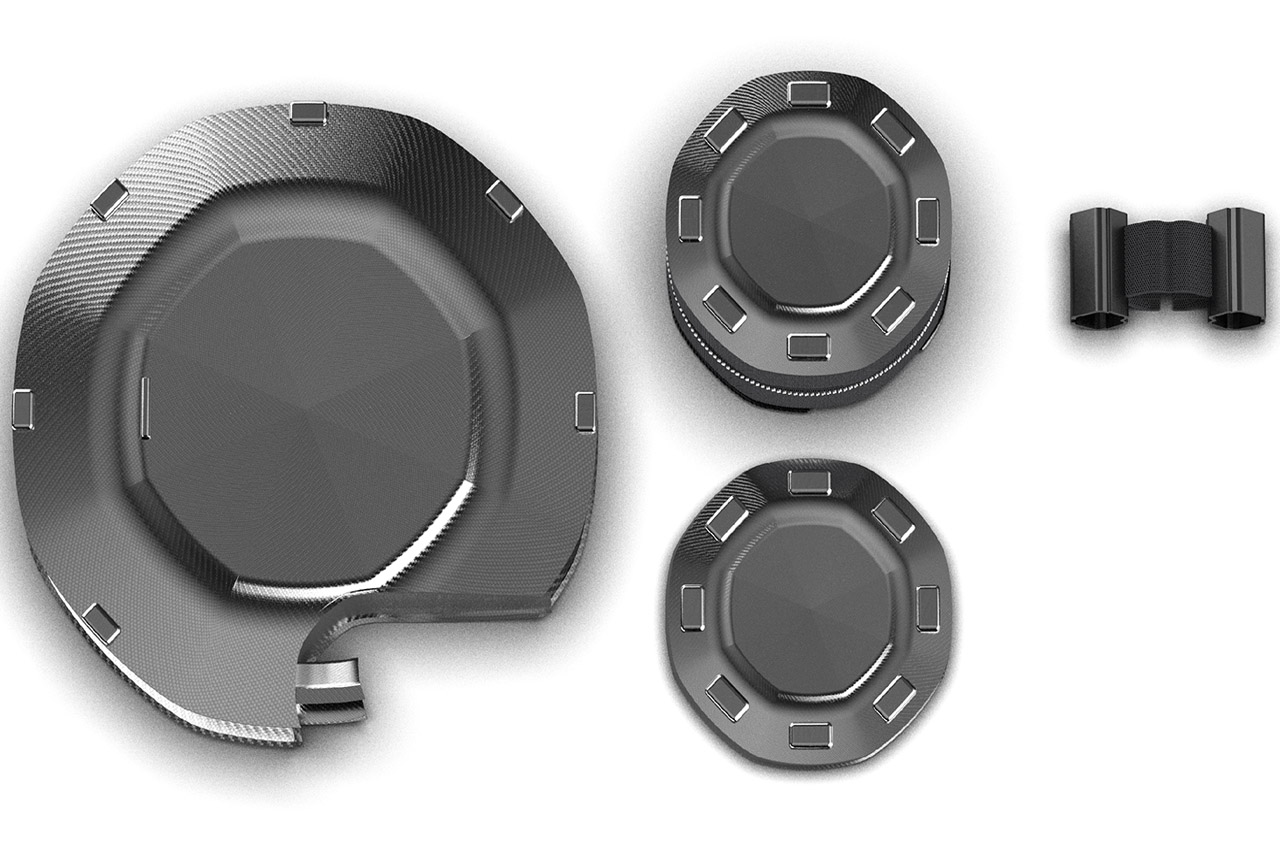 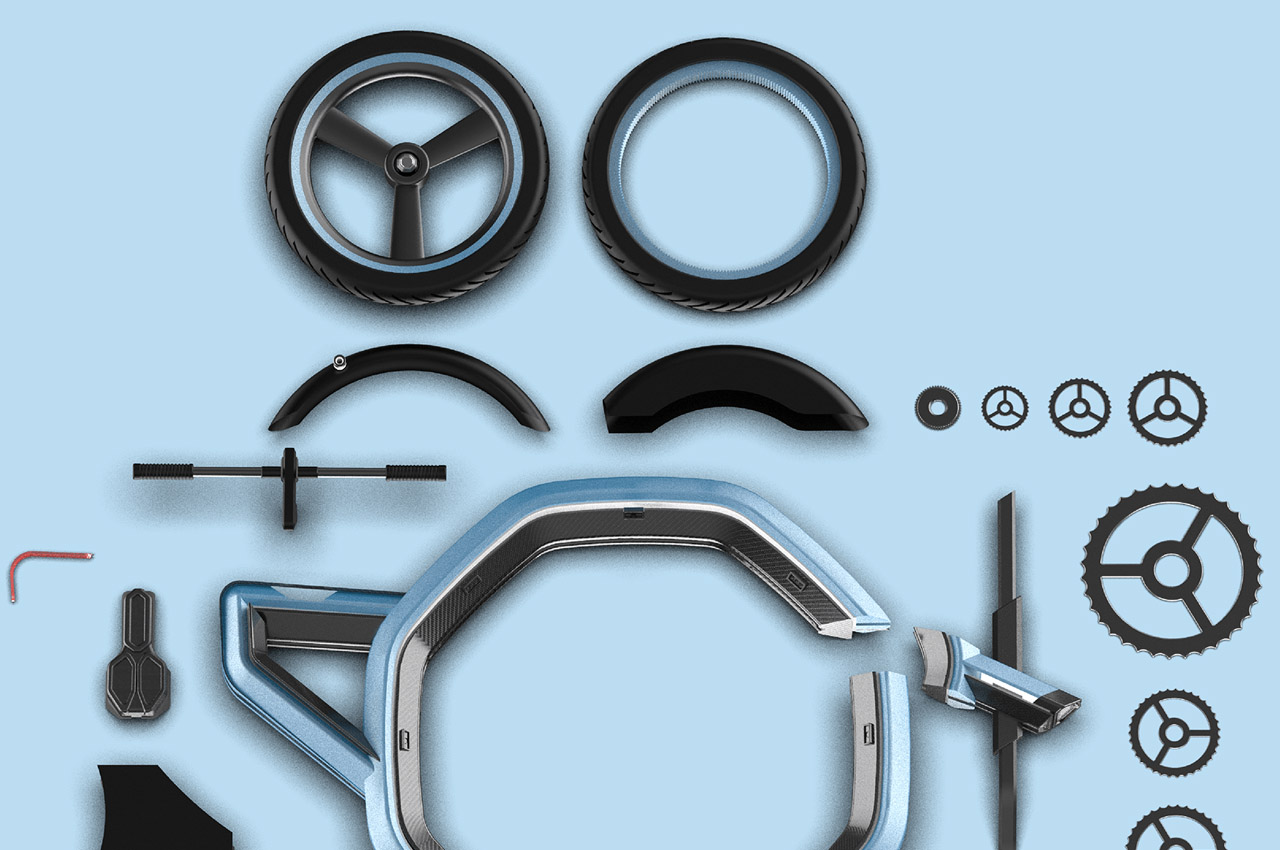 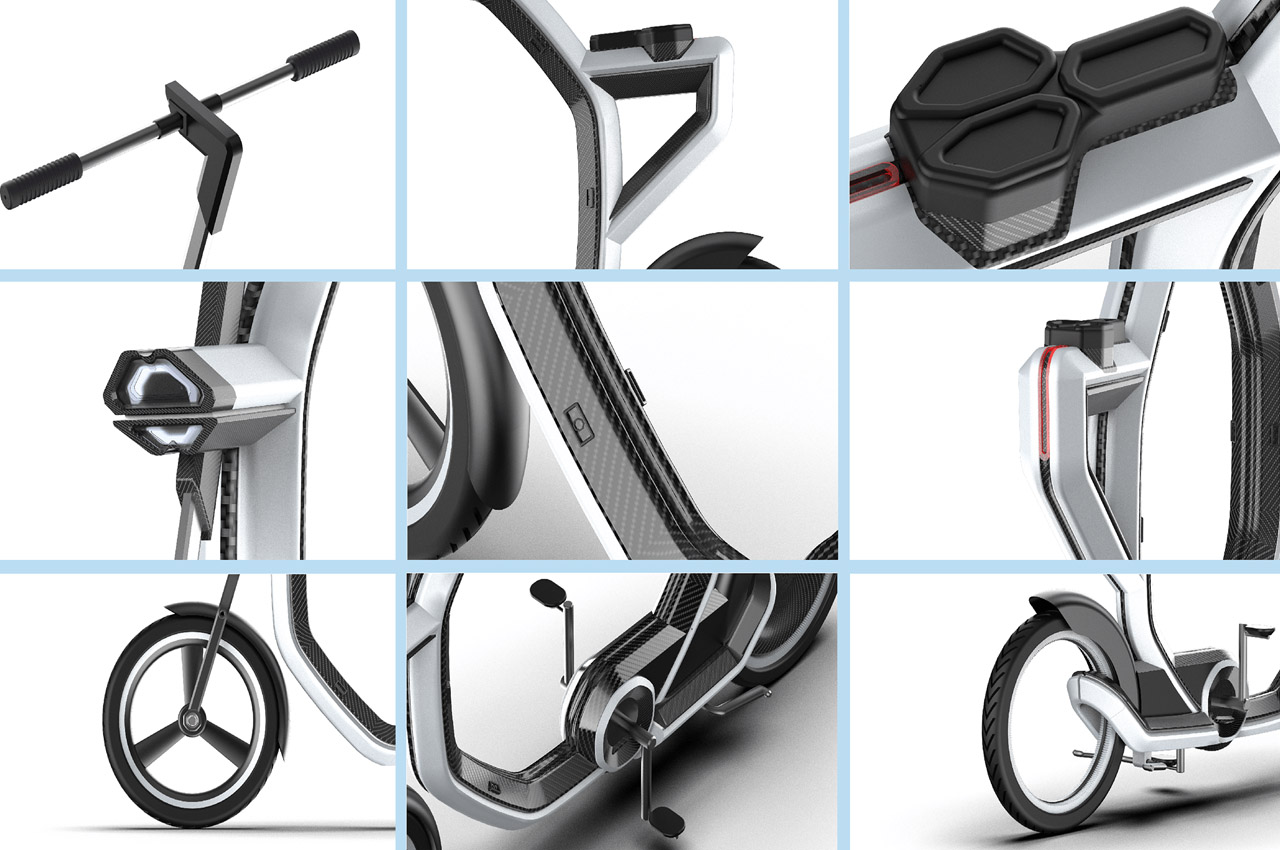 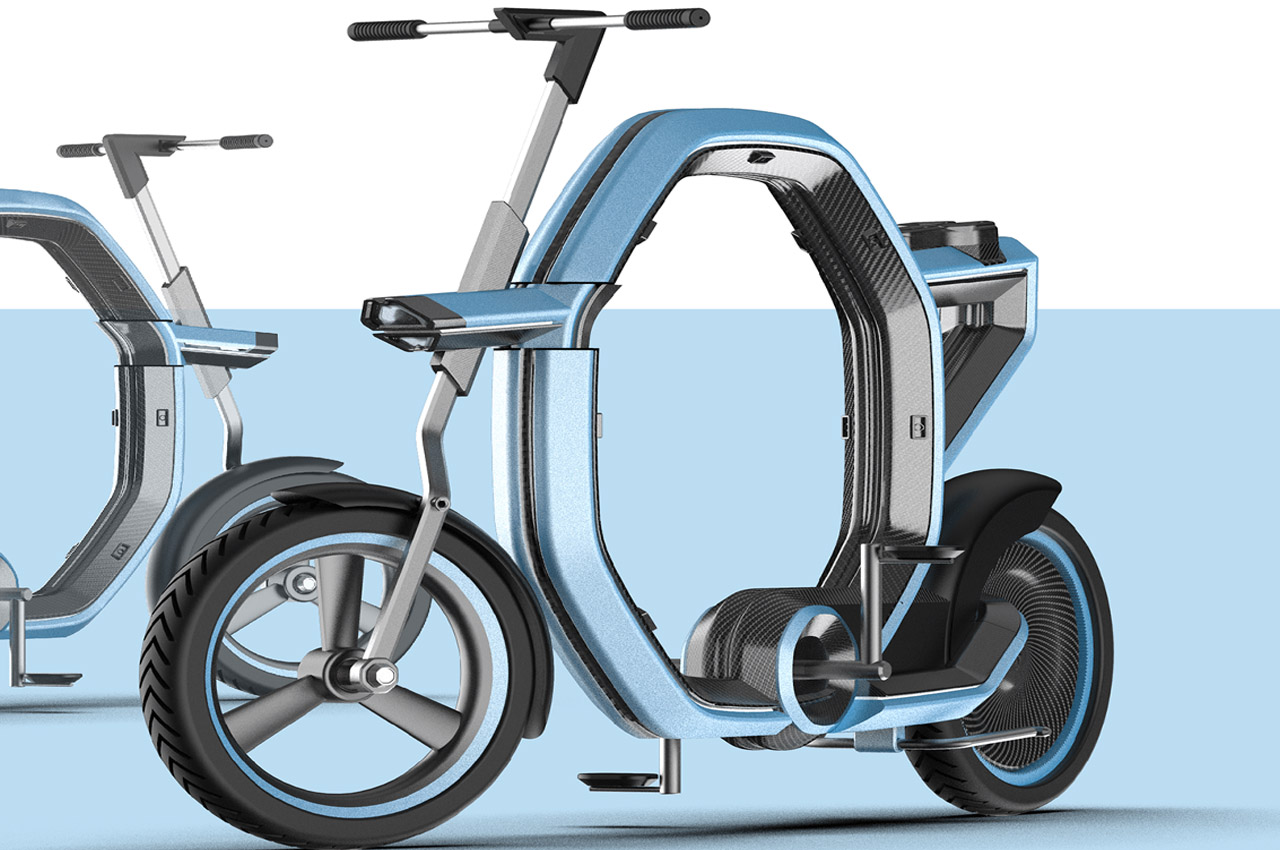 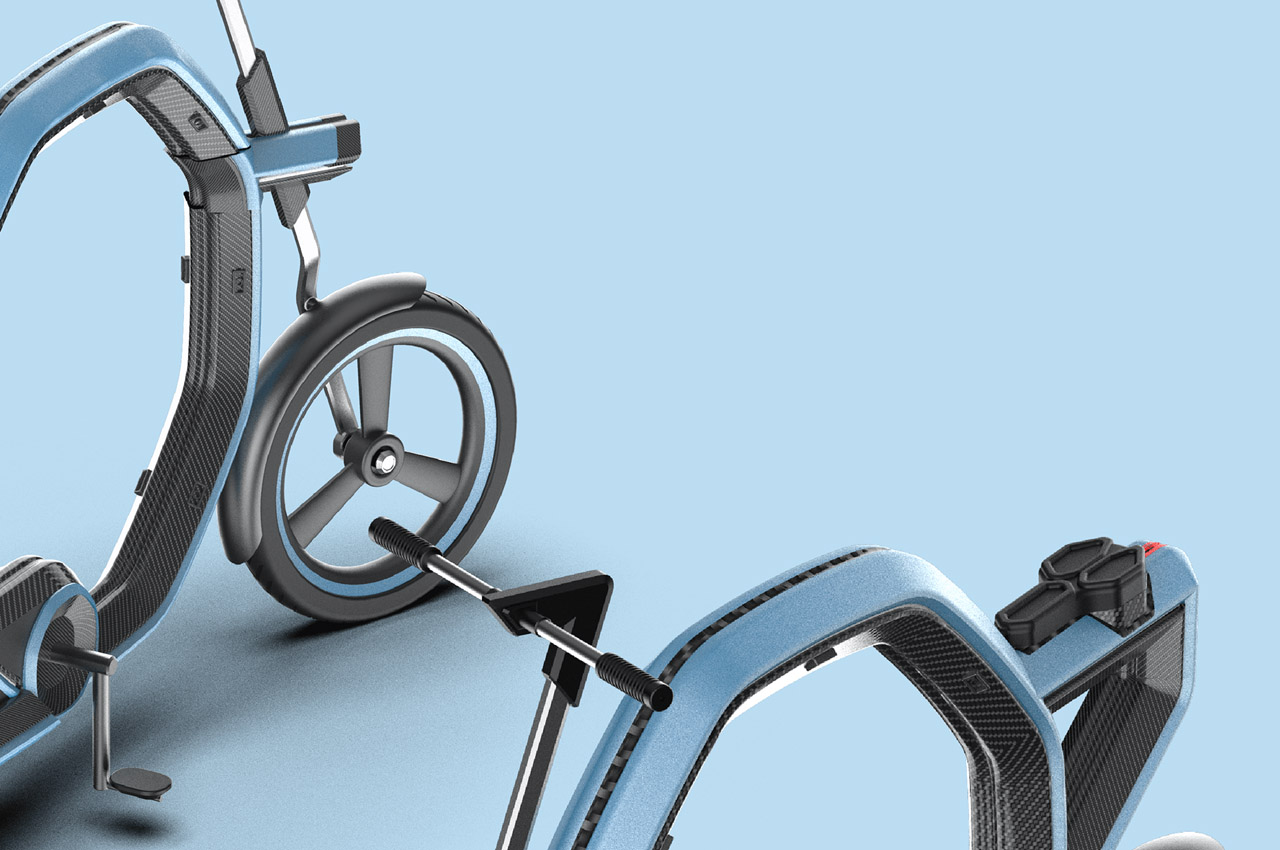 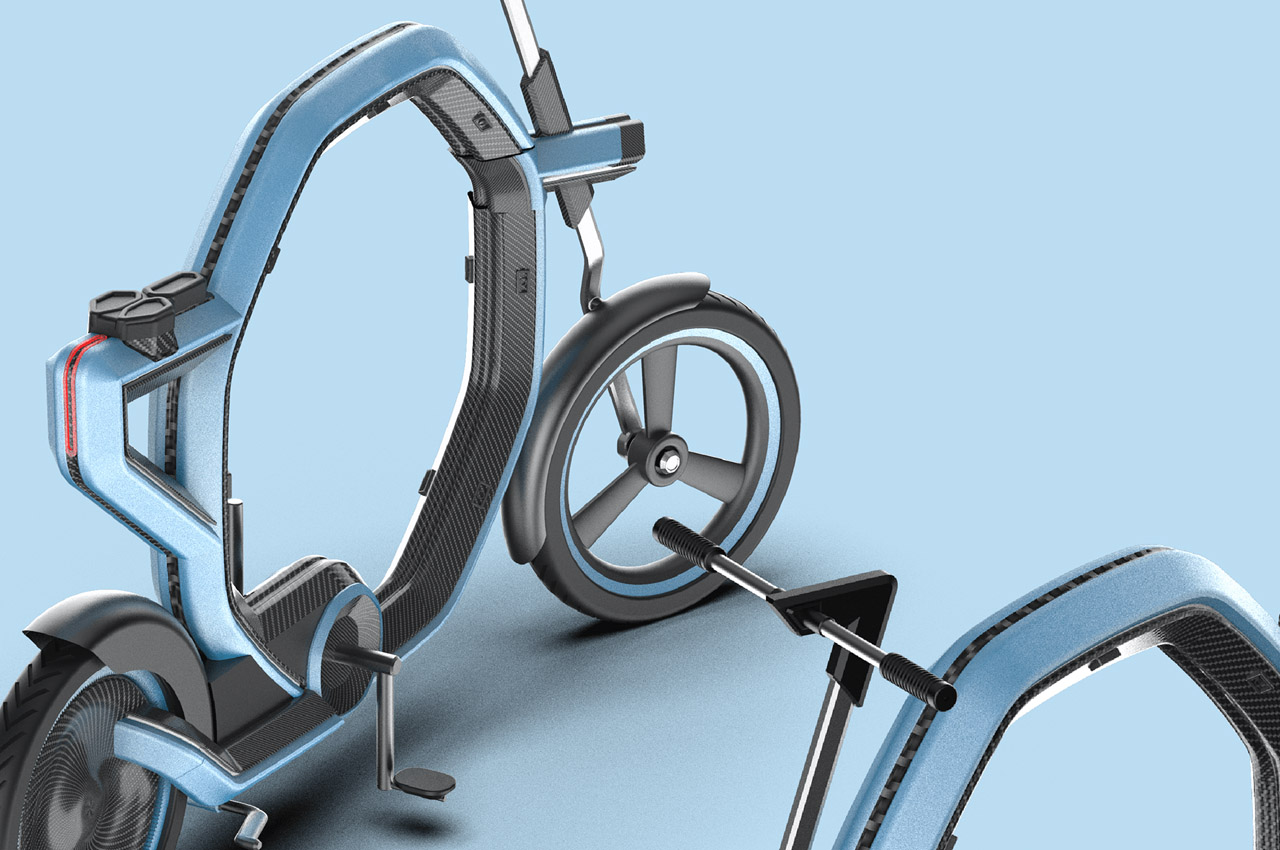 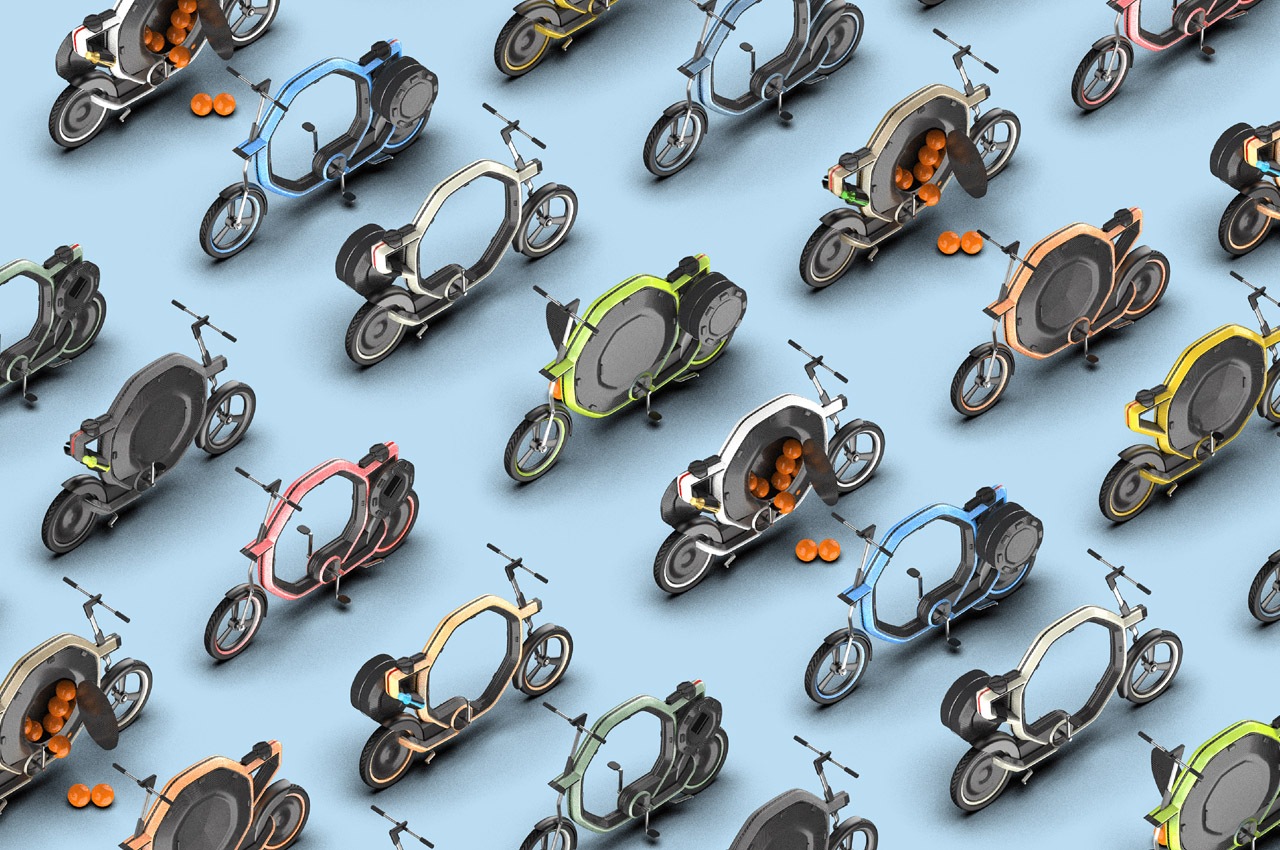 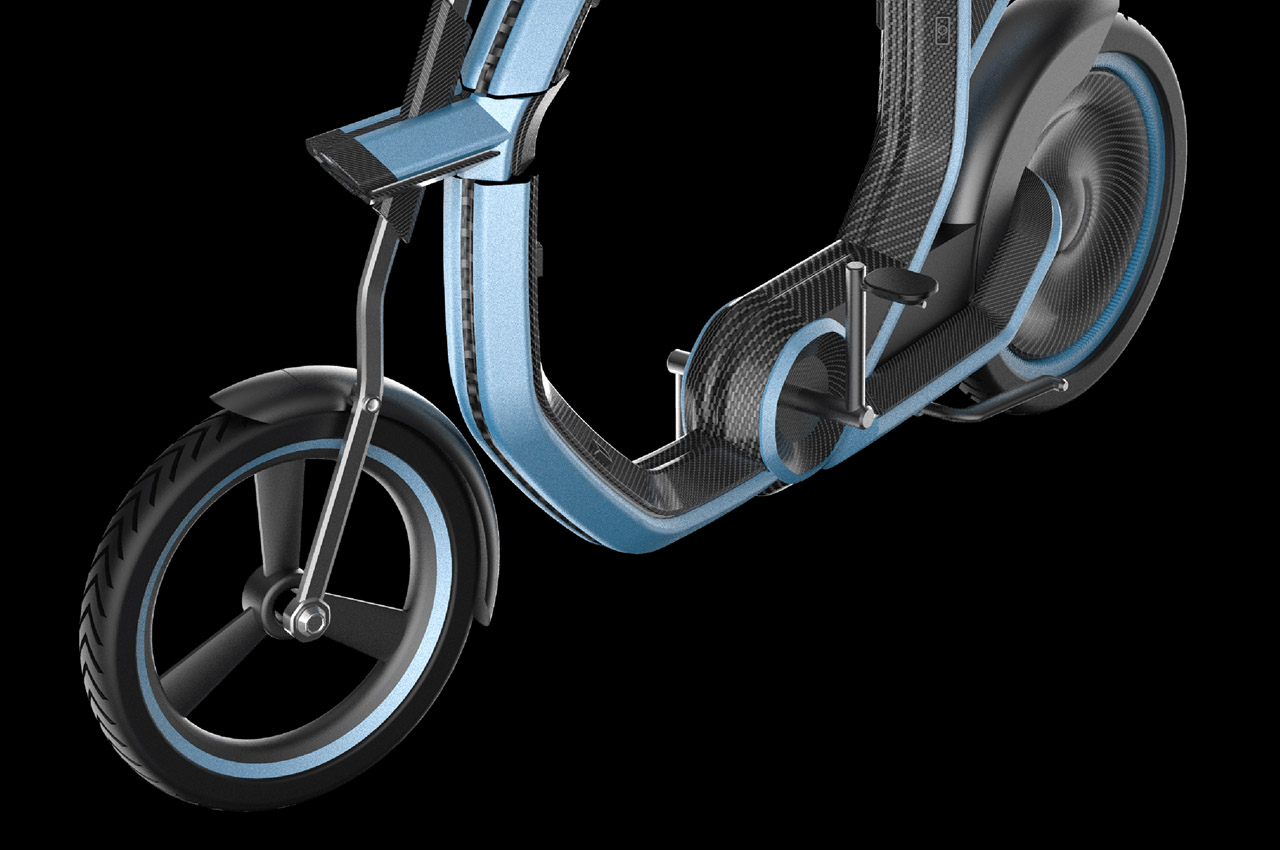 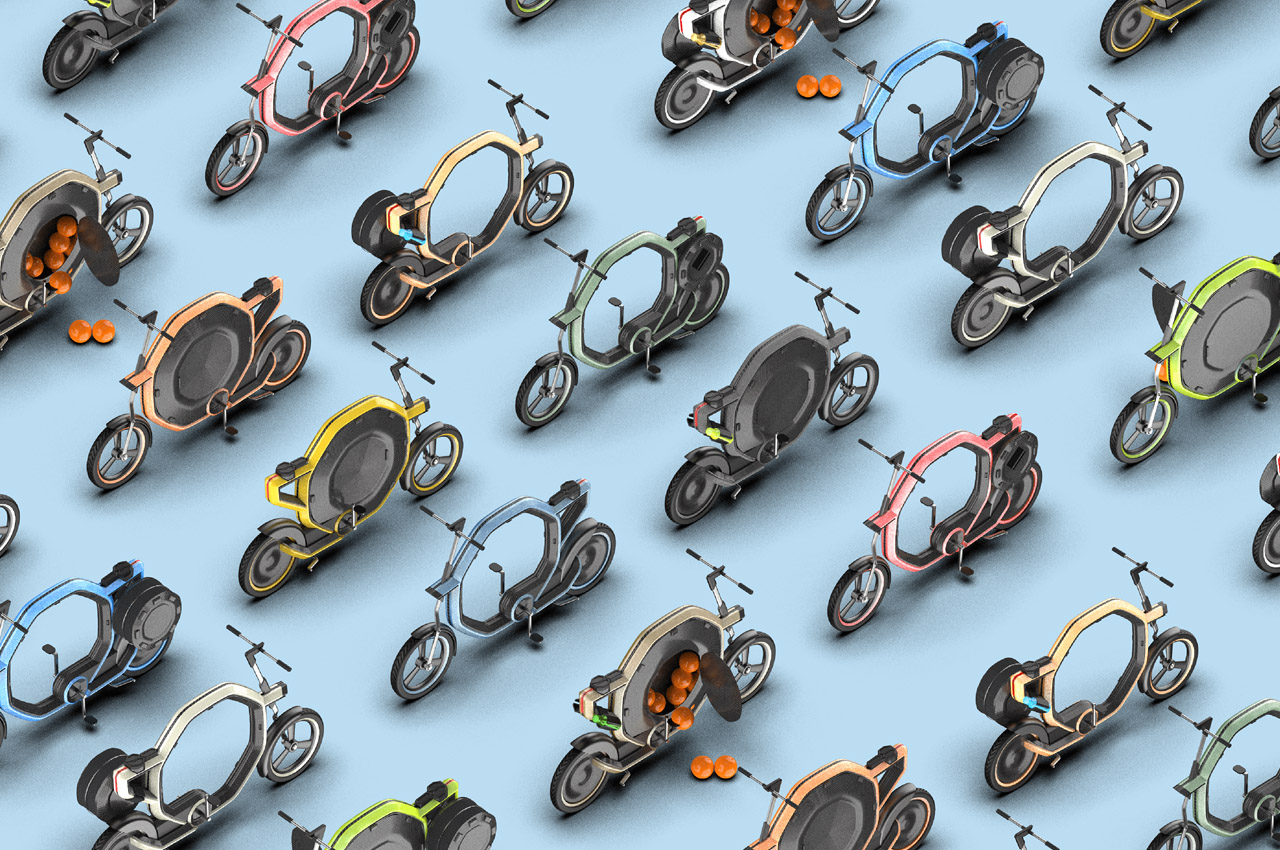 There have been a few electric proposals for future Le Mans races but this Pagani is one of the first that harnesses hydrogen power! Called…