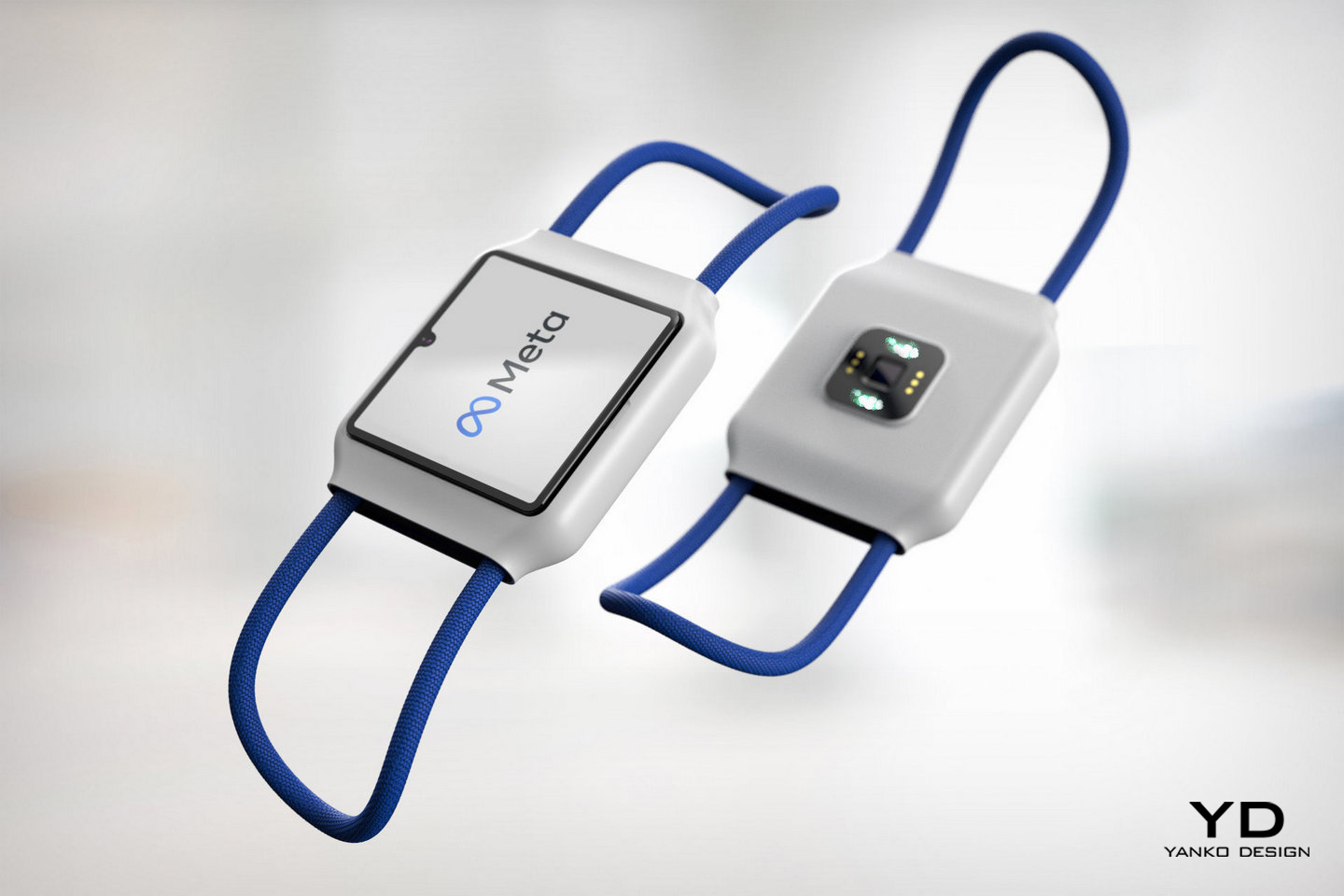 Meta’s first stake in the Metaverse might not be a VR headset (even though the company killed the Oculus brand and promptly named it Meta) but a smartwatch that could make you lose more time in video chats, vlogging, and, of course, VR.

Even before Zucerberg’s Facebook rebranded itself to proclaim its new obsession, the social media giant was already rumored to have its eyes on the wearables market. Its focus on the Metaverse might have sounded like it would be ditching those plans, but, on the contrary, its vision for a smartwatch would fit in perfectly with this. Meta was recently granted a patent that shows its vision for such a wearable, and, to no one’s surprise, it’s going to be more about keeping in touch than keeping time. 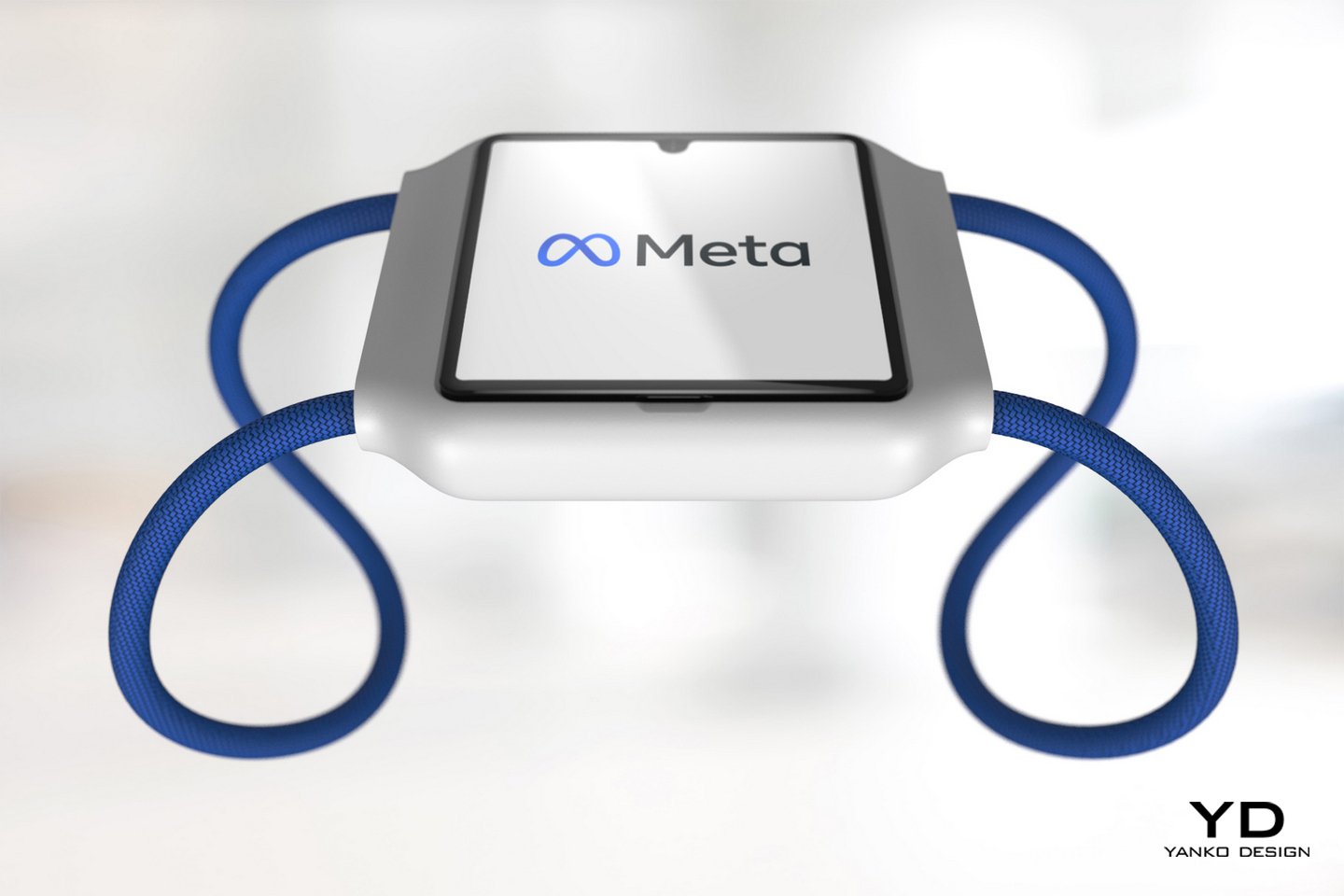 Meta’s idea for a smartwatch completely goes against most industry conventions, which is fairly typical for patent applications. It seems that the company hasn’t yet decided on whether it will aim for a typical round smartwatch or a square one that will surely earn Apple’s ire. No matter which design it chooses, the set of hardware features remain the same. There is at least one camera on its face, similar to rumors that abounded last year about a squarish Facebook smartwatch, but that’s hardly the most exciting part about Meta’s smartwatch.

The form of the smartwatch itself is already atypical. While the screen has a square design like the Apple Watch, its body is a little more oblong if not rectangular. The case extrudes to the side and tapers gently down where the cords of the strap come out (more on that later). The body has a minimalist aesthetic that is almost free of any marks, and the only notable blemish in that design is the dreaded notch that houses a tiny camera inside. 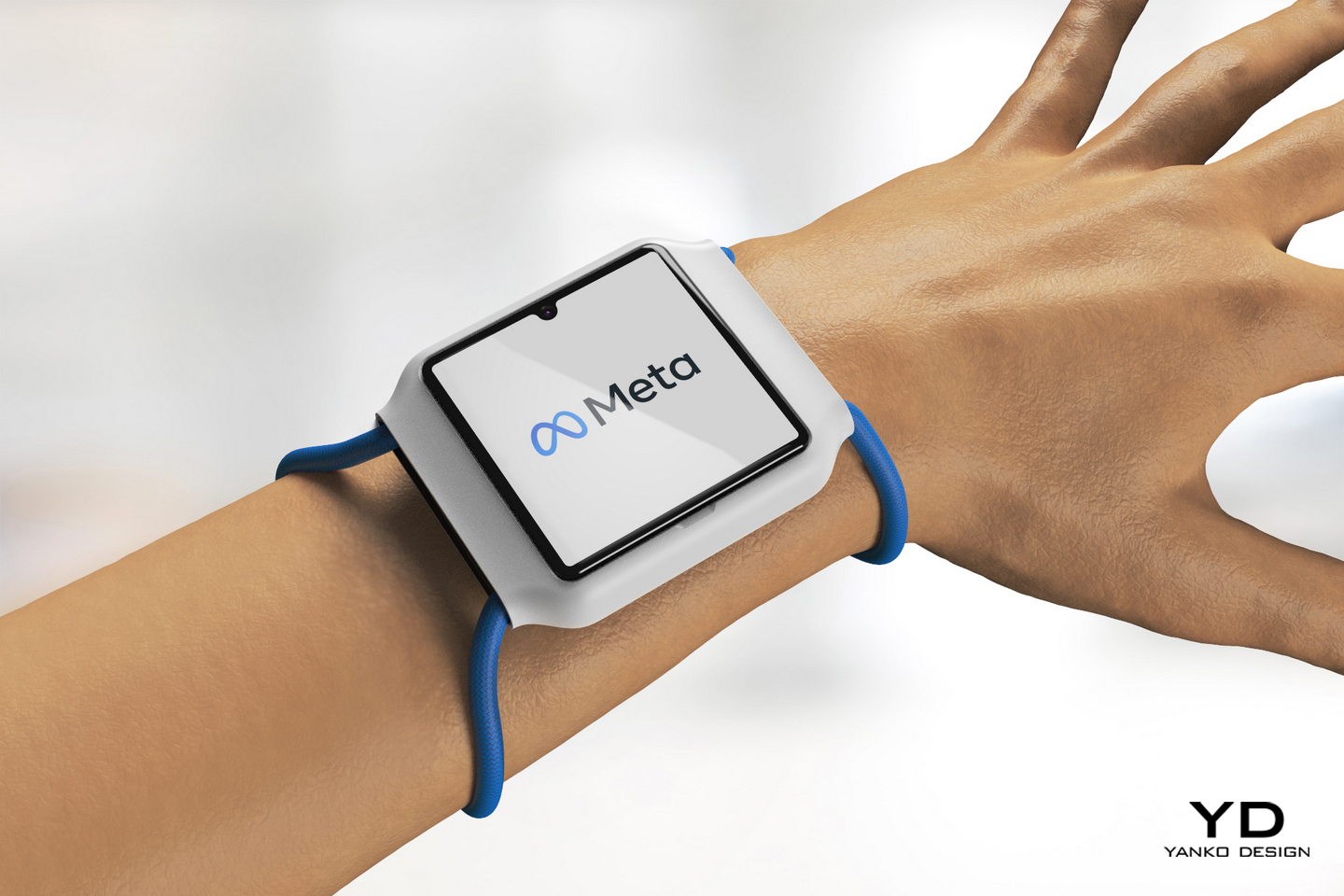 Having a front-facing camera is quite on par for a company best known for capitalizing on any opportunity to be social. Back when it was still Facebook, it launched its first smart display product line, and Portal was clearly designed for video chats via Messenger. In addition to plain posts on social media, Meta has been doubling down on real-time communication channels, especially during the past years, where video chats have become critical to keeping human civilization from collapsing.

Thus Meta or Facebook-branded smartwatch with that core functionality wouldn’t be so far-fetched, but that might just be the tip of the iceberg. Rather than straining people’s arms when making video calls, it seems that Meta has envisioned a way to make such chats fun again. And it all starts with another camera on the watch. 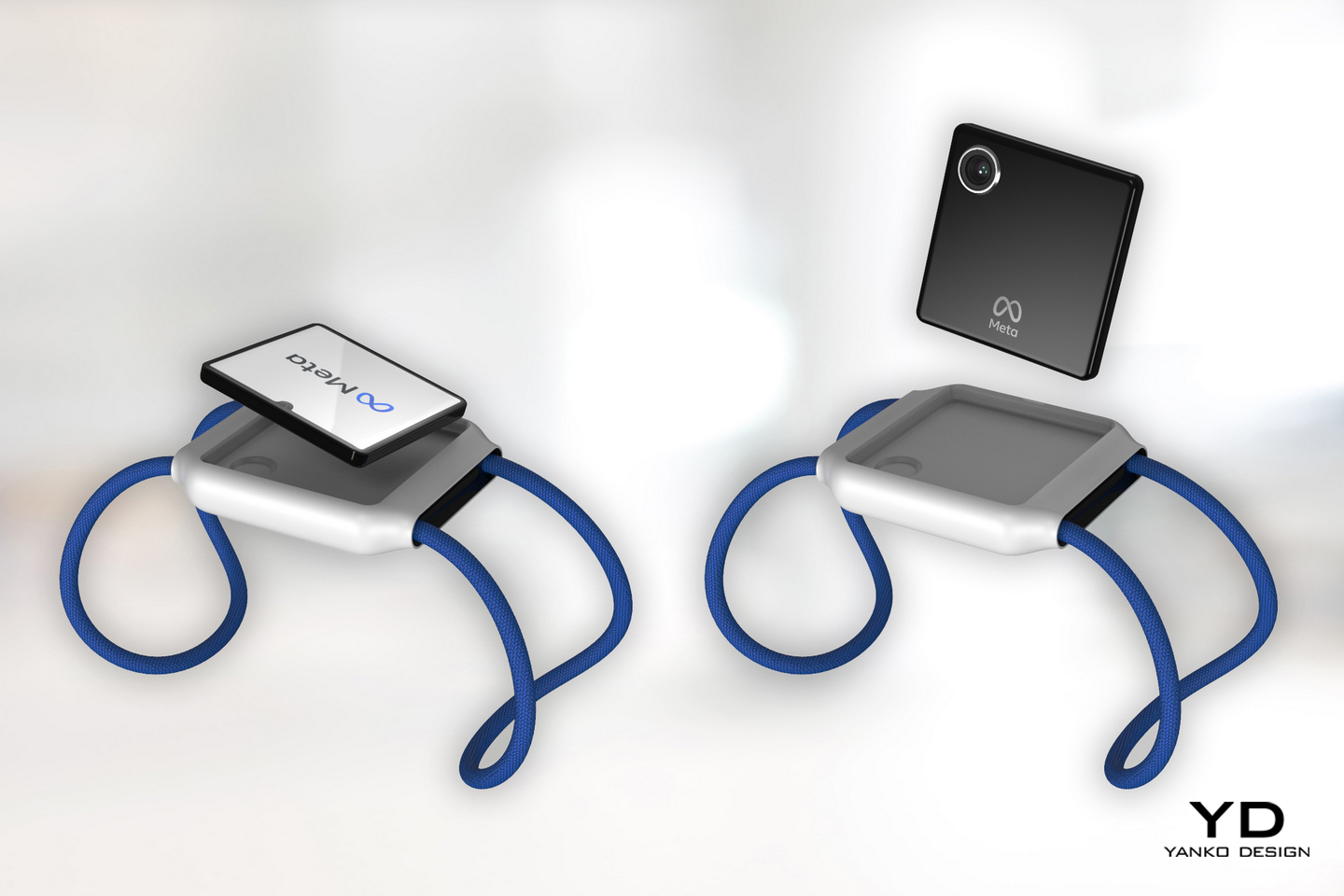 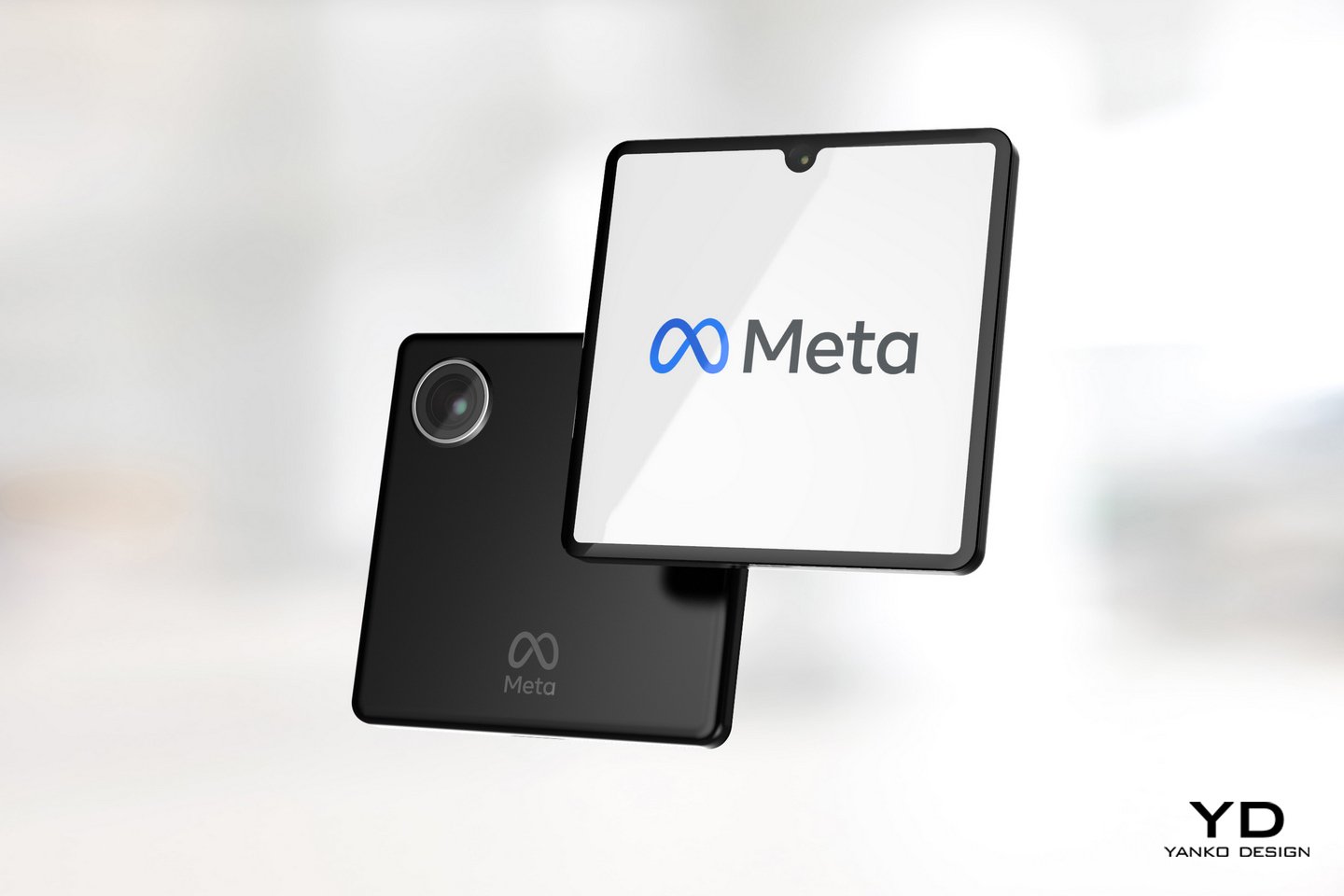 Is two really better than one?

According to the rumor mill, the Meta Watch will have a second camera on its back that would have nearly the same capabilities as the one on the back of your phone. That means it would be able to record 1080p Full HD videos, whether for recording or for video calls and even have an autofocus system. Of course, that camera will be completely pointless if all it sees is the back of your wrist, and that’s where the other unique or almost incredulous “feature” of this smartwatch comes into play.

You will be able to detach the smartwatch from your wrist, or at least from the frame that magnetically holds the body in place. This frees that second camera to be used properly, turning the watch’s screen into a viewfinder. That’s a terribly inefficient camera, you might wonder, especially when you have a better camera hiding in your pocket. That might miss the point, though, because you have to see it from the eyes of a company that built its fortunes on keeping people connected or keeping them addicted to sharing things on its network.

Detached from the confines of your wrist, the Meta Watch easily becomes a rival to the GoPro, something you probably wouldn’t want to use your phone for. Action cams aren’t exactly known for their high-resolution screens or even their high-resolution cameras. They’re better known for being small and almost inconspicuous, ready to capture the action (hence the name) at any given time and place. Meta’s smartwatch will make it easy for Facebook users to record video or live stream without having to pull out their phones, especially in circumstances where holding a $1,700 piece of electronics would be tempting fate. 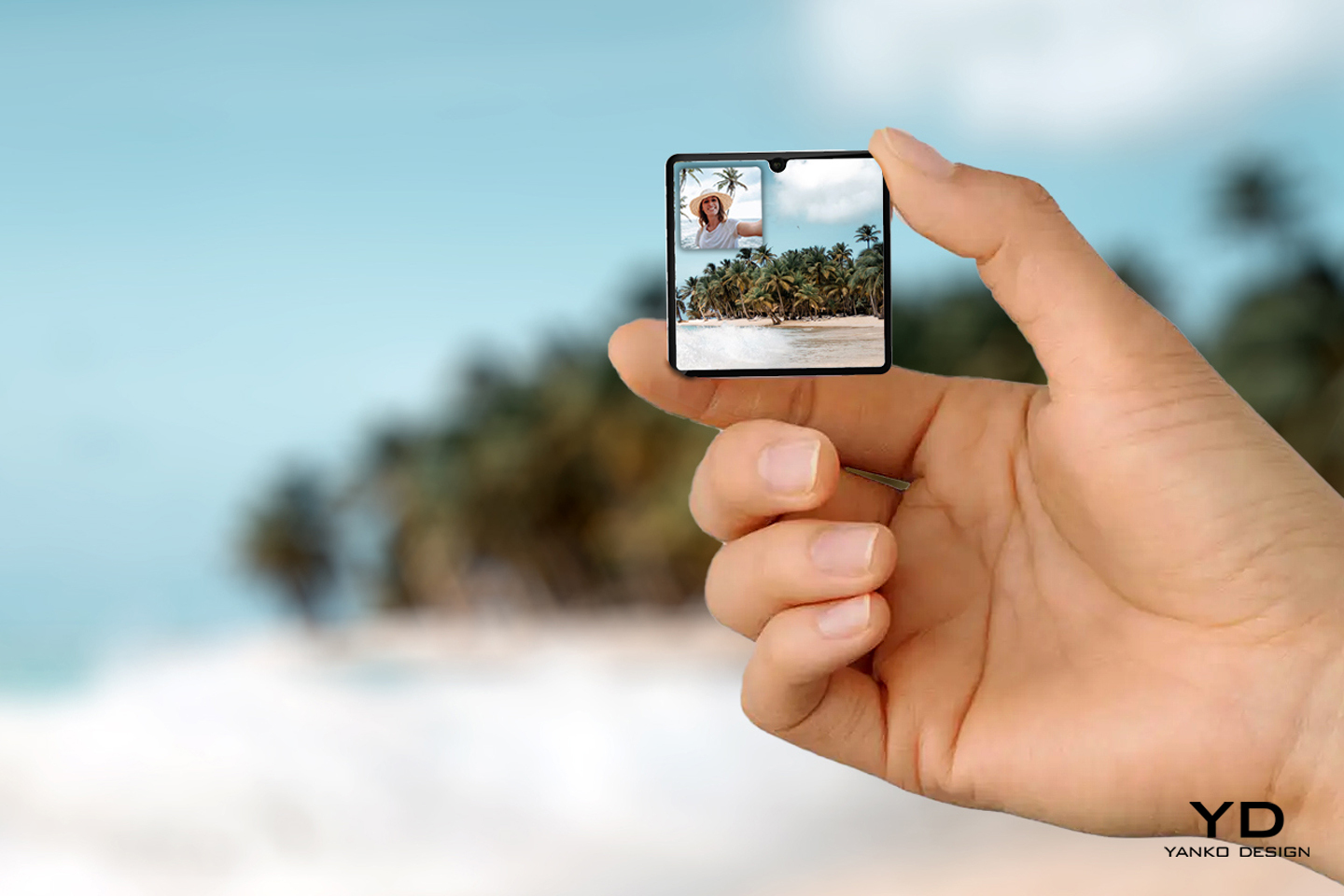 This two-camera setup could also go beyond straightforward video chats or streaming. Smartphones these days are capable of using both back and front cameras at the same time, often with the front camera’s video feed displayed as an inset on the viewfinder. A smartwatch screen is too cramped for that kind of interface, but the functionality could still be present. Imagine talking with a buddy or family and then popping out the watch to give them a better view of the picturesque lake in front of your vacation cabin. How’s that for FOMO?

Video chats, action cuts, live streams, and vlogging all have equal opportunity on a smartwatch with two cameras, especially one that you can pop out from its base. The design sounds a bit ridiculous at first, but it won’t take long to realize how much Meta can squeeze out of it to further its goal of bringing people closer together, which really means having these people use its products and services.

It’s all in the wrist

Meta’s patent doesn’t exactly talk about the design of the smartwatch strap other than the base that holds the watch itself in place. Oftentimes, straps are only an afterthought and only come into play when talking about comfort. It is, however, also a prime opportunity for innovation, as designer Sarang Sheth illustrates.

Rather than the typical watch wristband, the designer envisioned Meta using an elastic paracord that runs through the top and bottom of the smartwatch body, creating a complete loop. The material isn’t less comfortable than a strap made from leather, steel, or silicone. In fact, this more open design makes it easier for the skin to breathe more easily, reducing the risks of skin irritation. 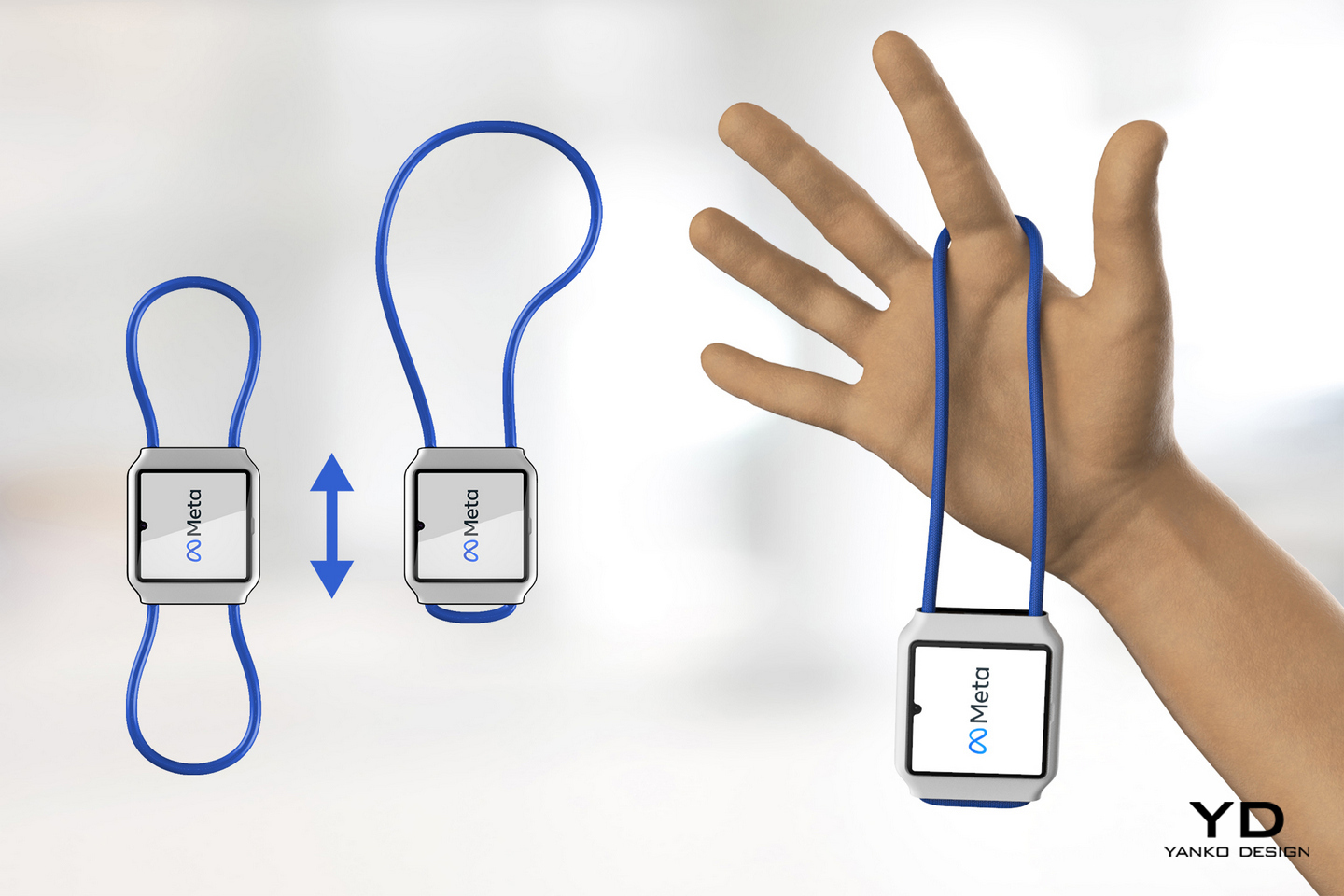 The most ingenious part of this strap design, however, is in the way it opens up the smartwatch to more uses without the need to buy accessories. Simply slide down the body to one end, and you can carry the Meta Watch like a pocket watch. It might even be possible to hang or wrap the watch on some other object for an ad hoc action cam setup.

There might even be opportunities here to add a metaverse flavor to the strap design. Something that may look as plain as a cord loop can have a fantastic appearance when viewed through digital eyes, allowing for customizations that wouldn’t be possible in the physical realm. There could be a market for such virtual designs, even perhaps sold exclusively through NFTs.

Even with its bare design, however, this kind of strap displays a unique character that matches the minimalist design of the body. There’s also a bit of symbolism at play here too, with a loop that is easily associated with infinity, Meta’s chosen logo.

Meta Time in the Metaverse

While these use cases sound typical for Meta, it might not be immediately clear where Meta’s Metaverse begins. After all, this smartwatch sounds more like a downsized smartphone, one that has direct access to Facebook and Meta’s other social networks. Those social networks are the foundations of Meta’s thrust to make mixed reality more social, and what better way to normalize that idea than by making it too easy for people to just chat all day long on their Meta watches.

Accessing the Metaverse from the tiny screen of a smartwatch might not be the most immersive experience, but it is the easiest way that won’t involve having to hold your phone all the time. Simply raising your wrist might be enough to carry on a conversation with someone through a metaverse network, and you won’t have to worry too much about not seeing what’s in front of you.

The detachable design of the watch also makes it the perfect companion to AR glasses. Ideally, such eyewear would have built-in cameras, but there are still technical limitations to how you can squeeze those sensors into a thin frame. More importantly, such cameras are too hidden and discrete that it raises privacy concerns that, in turn, reduce the glasses’ commercial potential (just ask Google). Nothing says you’re recording than having a detached smartwatch raised and pointed at some object, scene, or even person.

Even when not in use as a video recording device, Meta’s smartwatch also has indirect applications in the Metaverse. With biometric sensors for motion, heart rate, temperature, and more, the wearable could provide Meta with the necessary data for a more accurate representation of your Metaverse avatar or, more likely, to send you an advertisement on the best sports drink to help replenish your electrolytes. 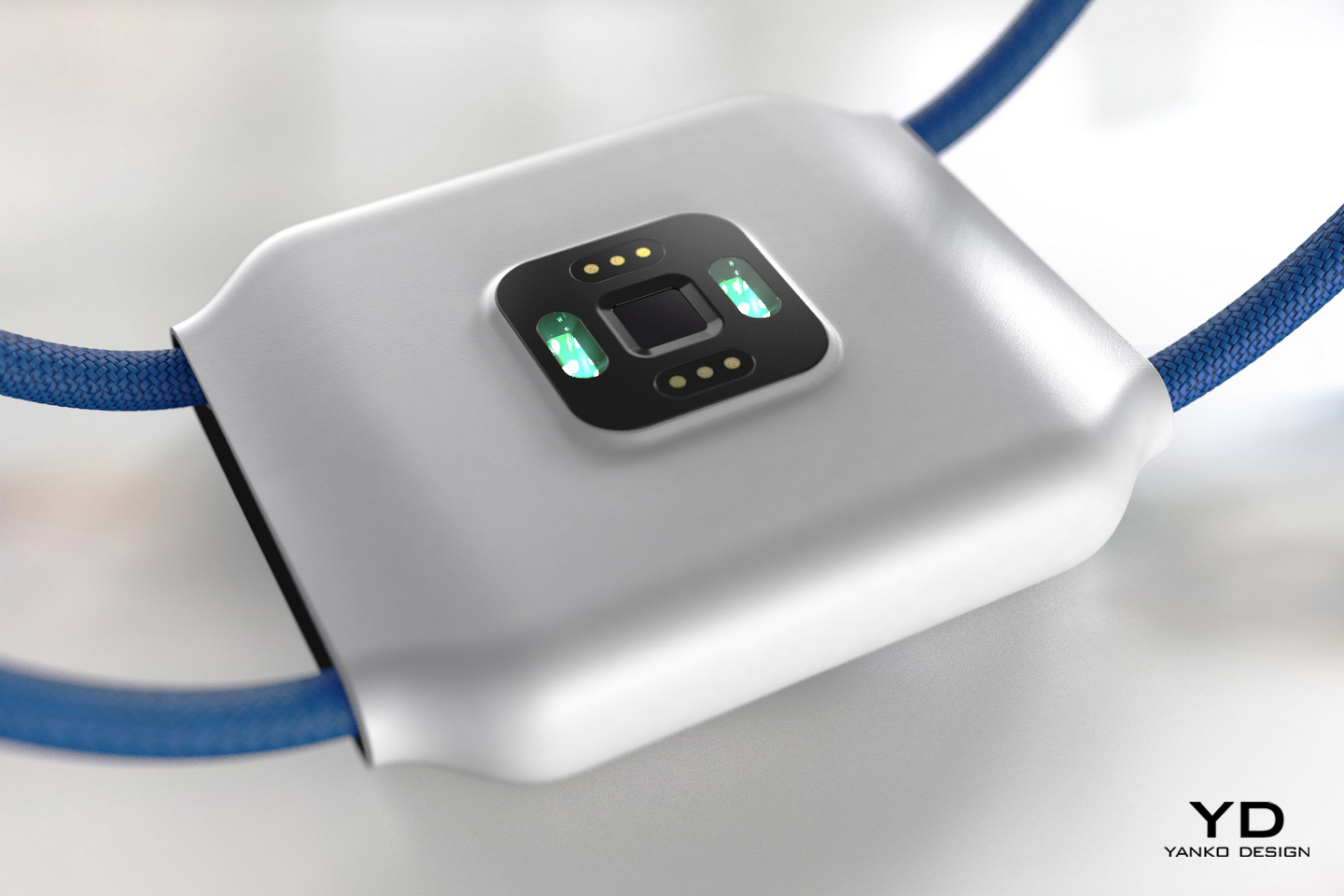 While smartwatches are pretty much a mainstay in consumer electronics these days, a Meta Watch will still attract scrutiny and criticism more than any other smartwatch maker in the market. That’s not really because of the odd design of the watch itself, presuming it does come to pass, and more about the company. It may have changed its name, but Meta still has that effect on anything it touches.

It won’t be the first smartwatch to have a camera, but the mere fact that there are no more smartwatches with cameras today might clue you in on how the market collectively decided it was a bad idea. The privacy implications of having such a discrete recording device disguised as an ordinary, everyday accessory was too big a matter to ignore. Now imagine that same technology in the hands of a company that has been a poster child on how not to do privacy.

It doesn’t really matter where the camera is pointing at because there will always be a time when it will be able to see everything around you. A flick of the wrist or a turn of an arm could provide a bigger picture of a wearer’s surroundings, even when the camera is supposed to be disabled. Of course, Meta will always defend its privacy practices, and Facebook’s thousands of users clearly indicate how many might not mind that at all, as long as it brings convenience and social connection.

It’s still not clear at this point if Meta will actually pursue such a smartwatch design, particularly one that is admittedly as innovative as this. It’s only a matter of time, though, if it stays true to its Metaverse mission because, by then, anything and everything in the meatverse will be tied to the Metaverse. 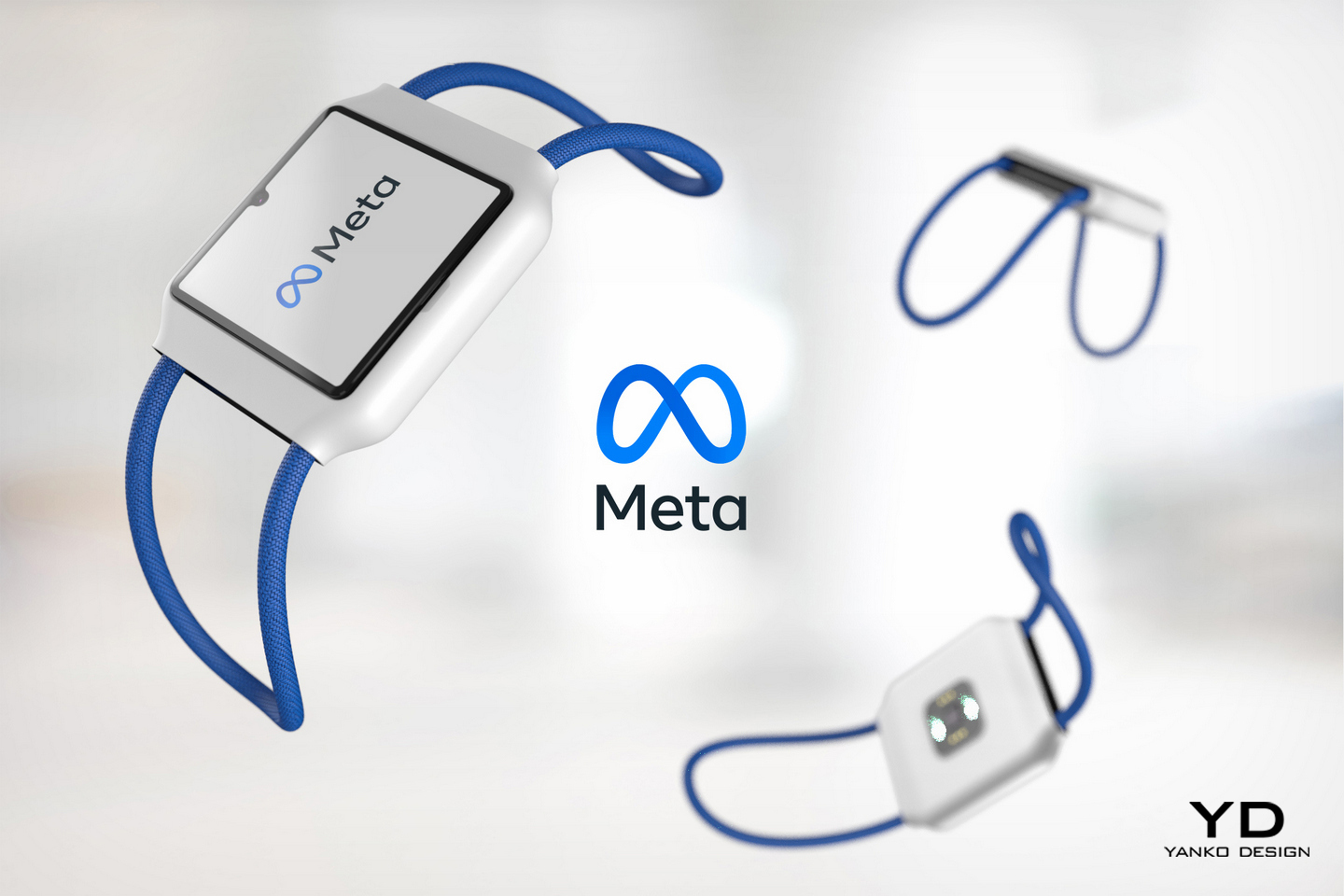 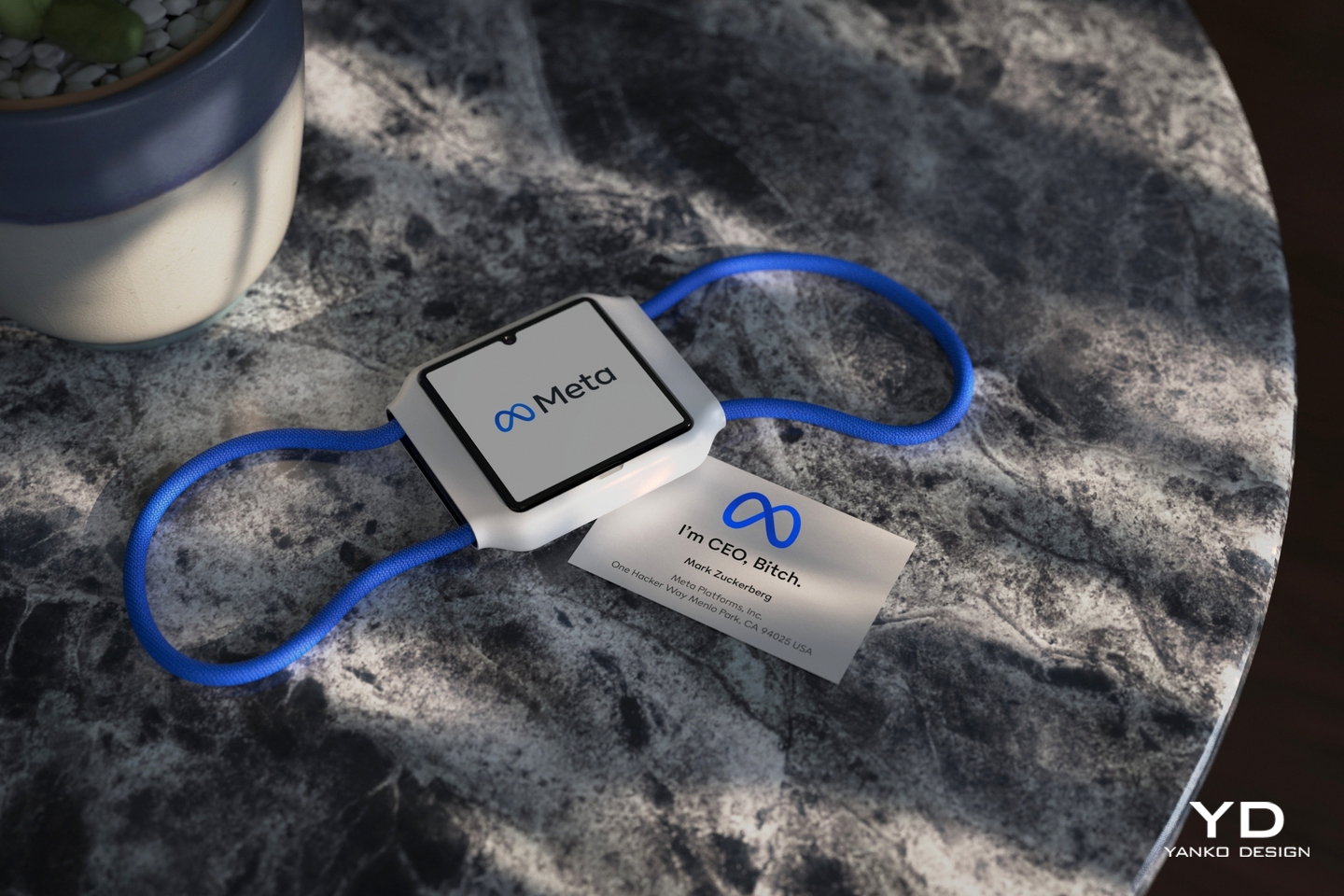 AirPods are now easier to find, carry and charge with this pal!

Facing blackouts during the summer heatwave? This portable power station has you covered

You’ve got a power bank for your phone… why not have one for everything else? The LIPOWER MARS-1000 PRO is exactly that. Designed to be…

Although it’s unlikely the company will ever go down this route, this concept smartphone is easily every Nintendo fan’s dream. Although it is hardly Nintendo’s…