Valve wants to encourage anywhere you want to, but is it encouraging the right lifestyle?

Portable gaming devices are nothing new, with the likes of the Game Boy and the PSP or PlayStation Portable becoming household names in that area. Smartphones have also given birth to a multi-billion dollar mobile gaming industry that promotes gaming anywhere, any time. Throughout all these changes, however, PC gaming has still been limited to mostly stationary devices like laptops and desktops. Valve, best known for the Steam games marketplace, wants to change that status quo, and it’s taking a small chapter out of Nintendo’s book to make it happen. 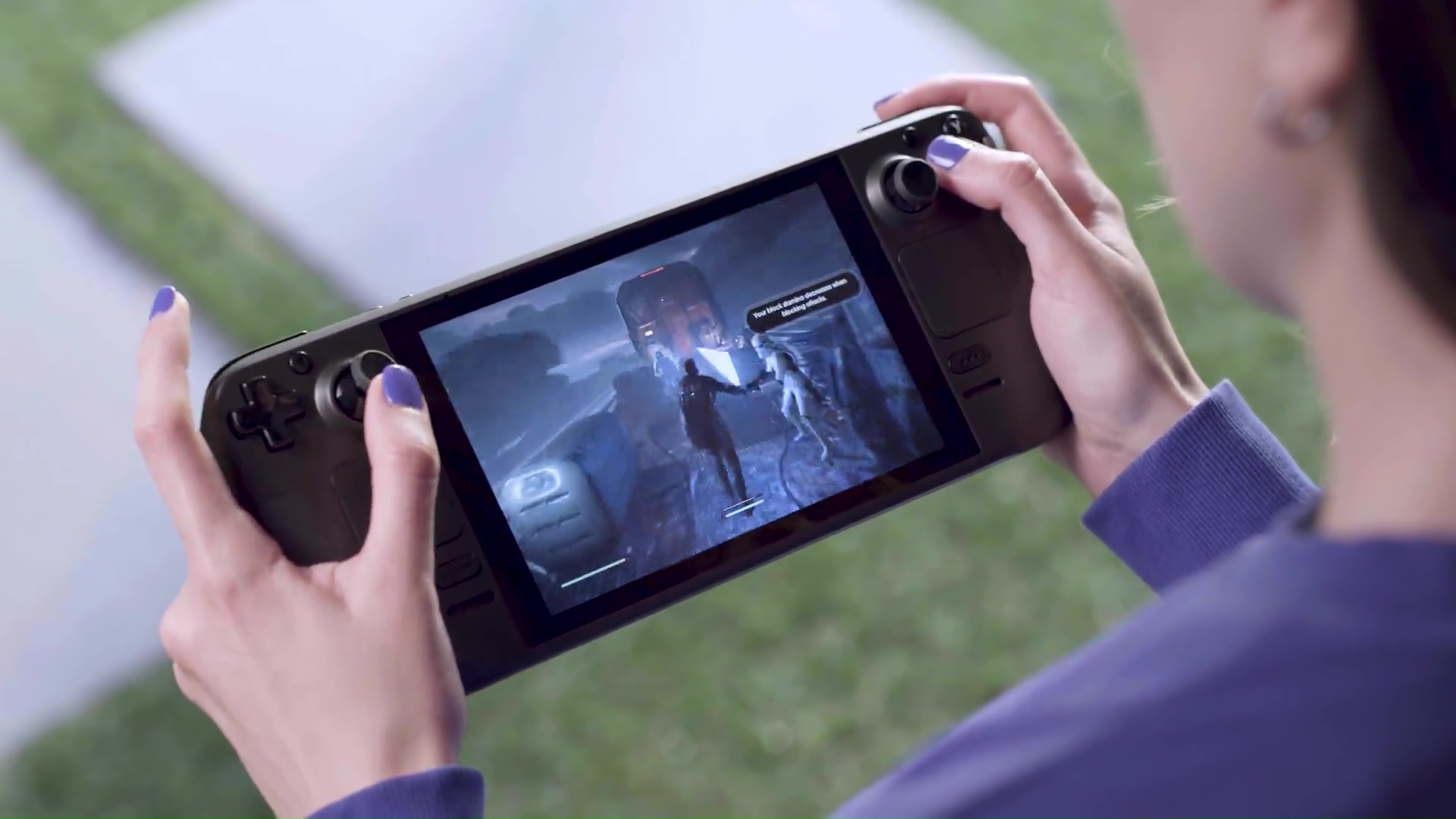 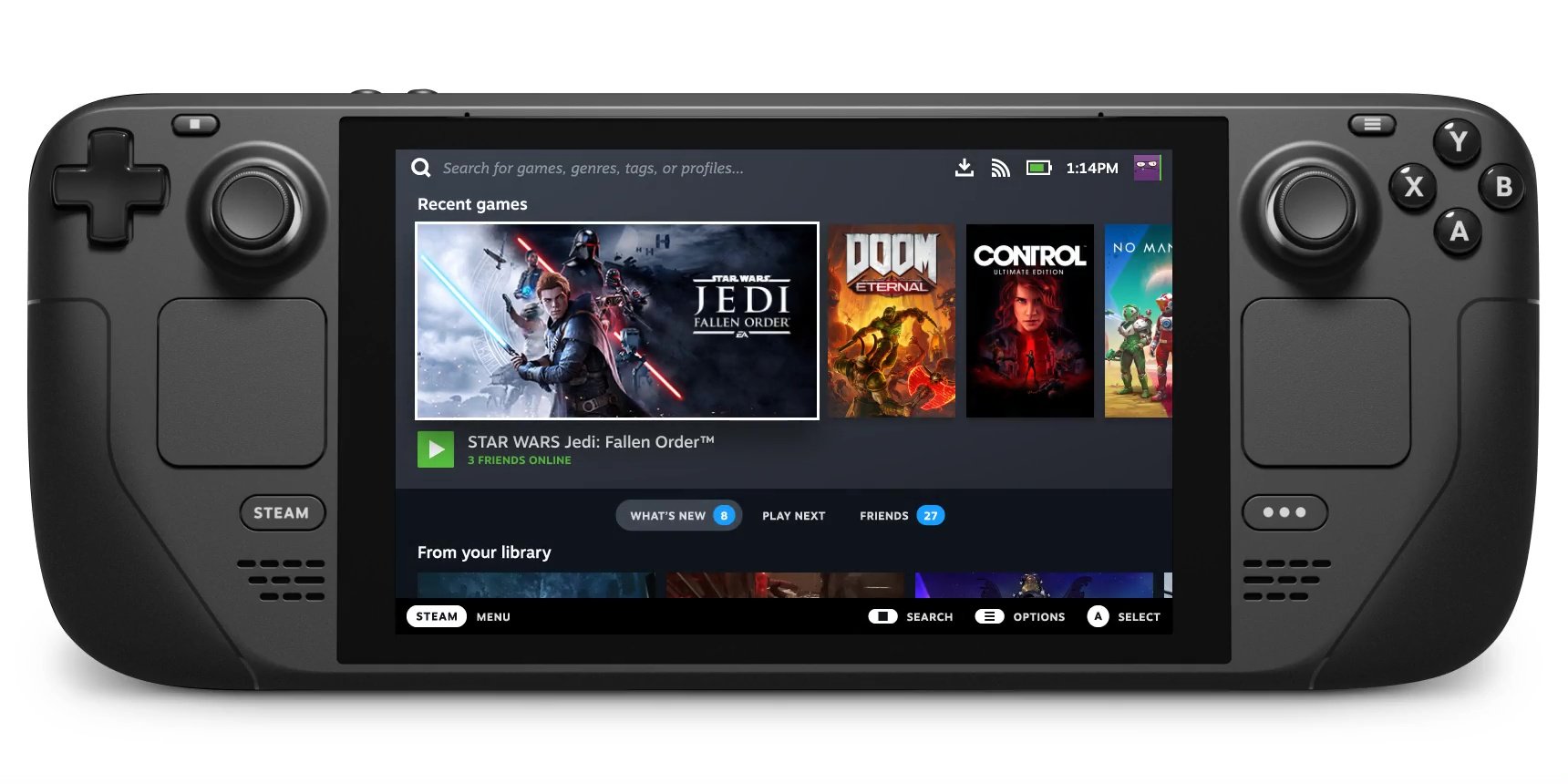 The Nintendo Switch can be credited for reinvigorating the portable gaming market. Its unique combination of features, including the ability to be used with a larger screen, made it look like the only gaming console you’ll need, whether you’re out and about or just at home. In contrast, PC gamers still have the stereotype of being locked down to their desks or any other table unless they want to fry their thighs while using their heavy gaming laptops on their, well, laps. The Steam Deck, which is finally launching later this February, aims to bring that spirit of adventure to PC gamers by letting them take their favorite hobby along with them anyway. 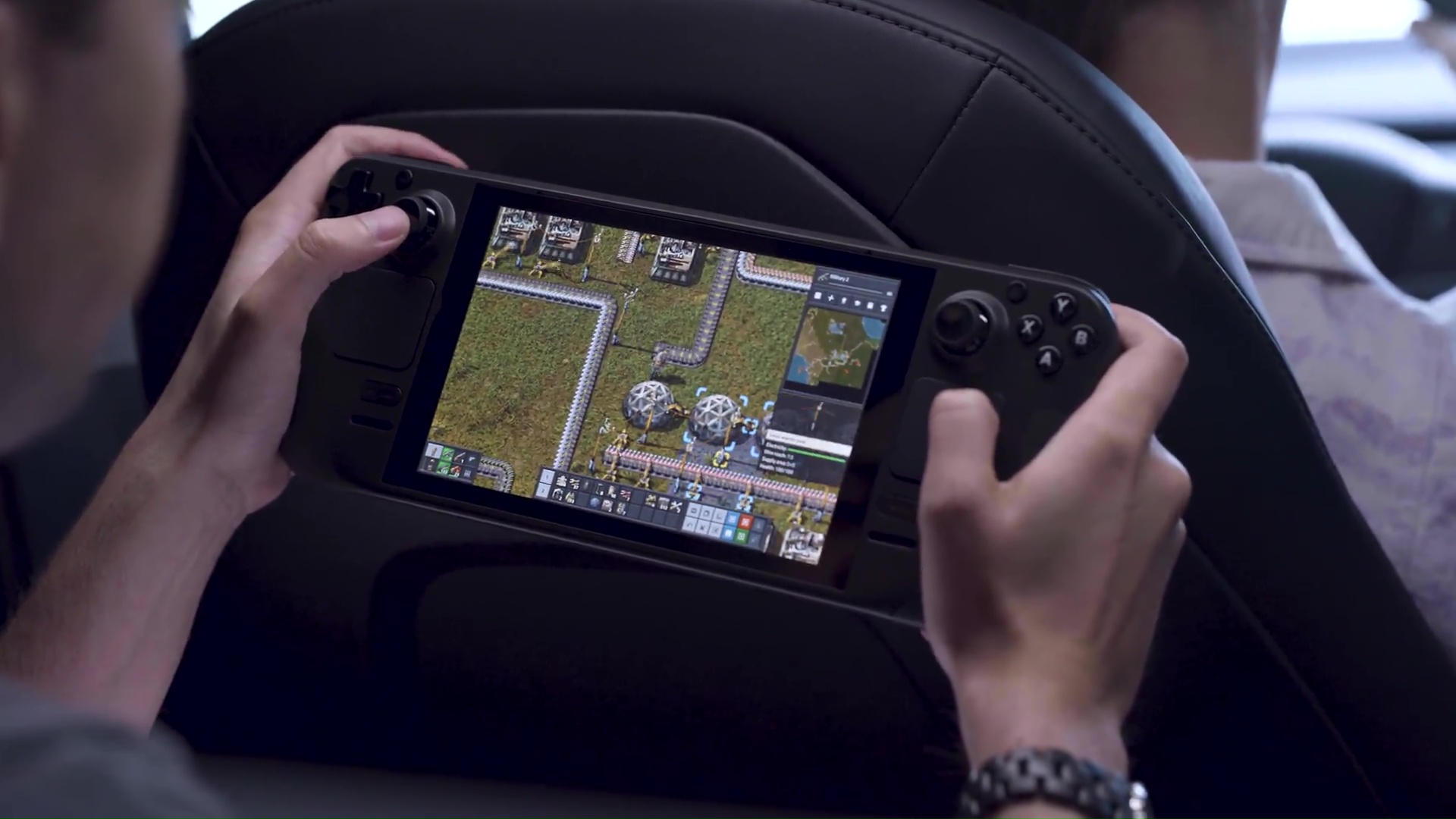 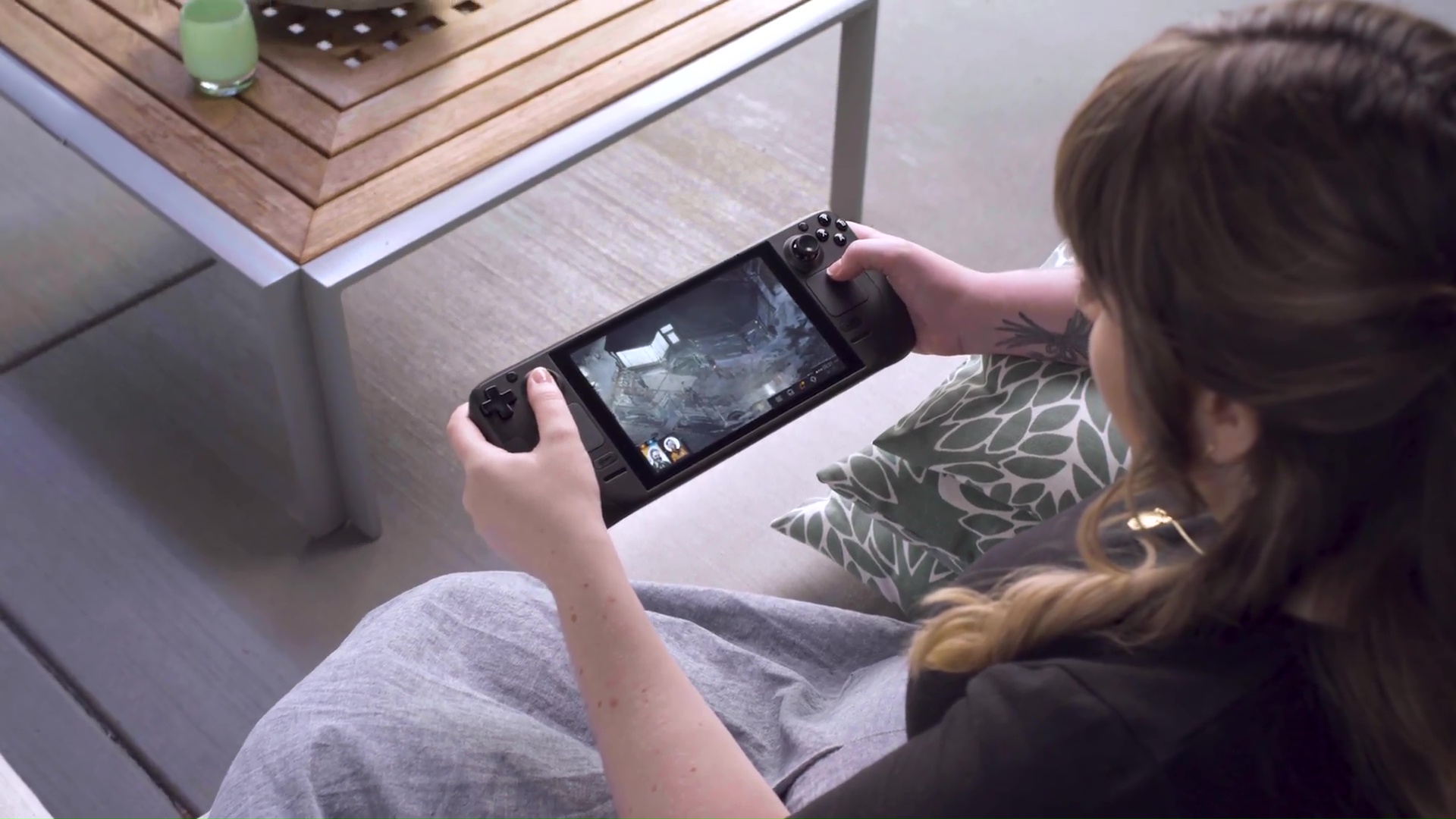 Nintendo Switch it is not, though, with the Steam Deck easily dwarfing Nintendo’s current darling in size. Of course, that’s because the Steam Deck needs to pack in more hardware to support games that would make the Switch cry in pain. That, however, also means that it might be more uncomfortable to hold this device up for longer periods of time. And unlike the Switch, you can’t exactly detach the controllers to lighten up the load. 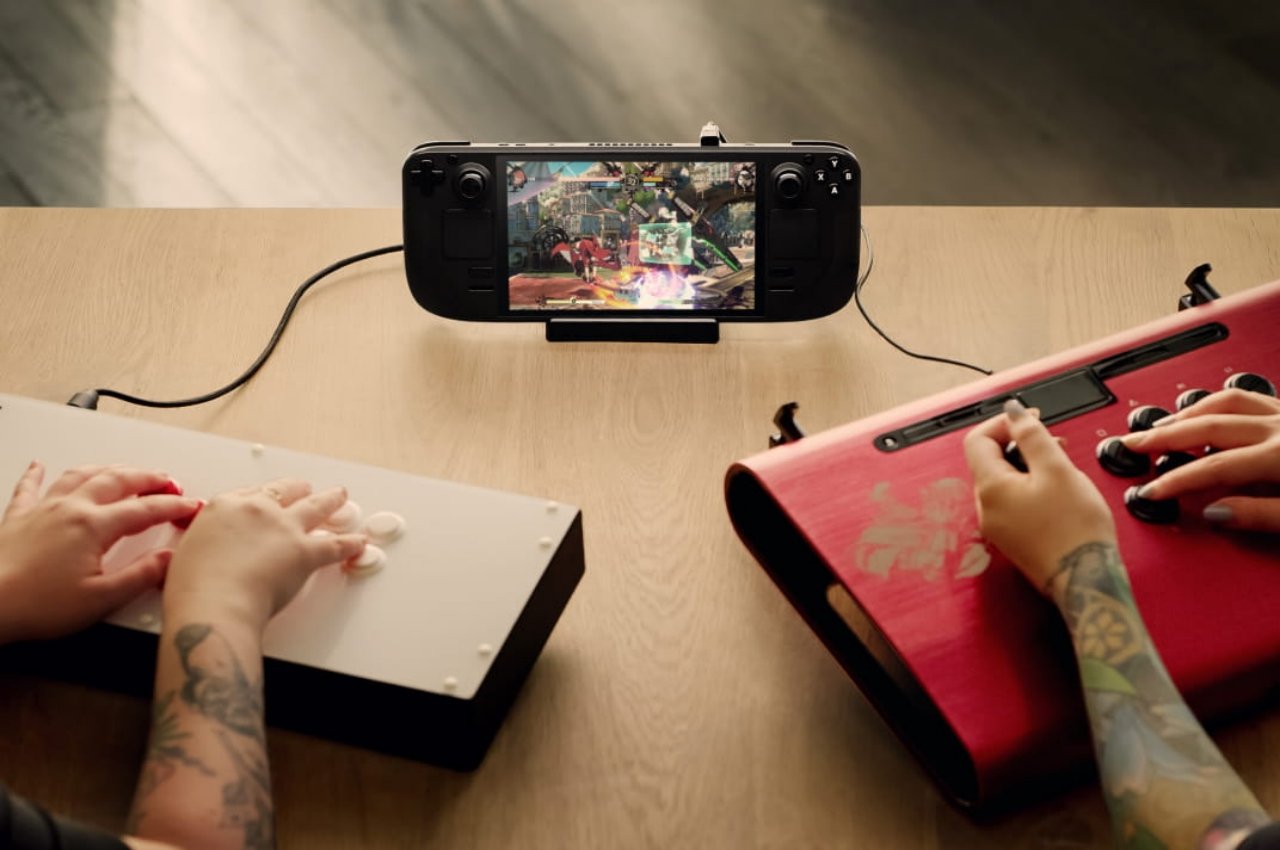 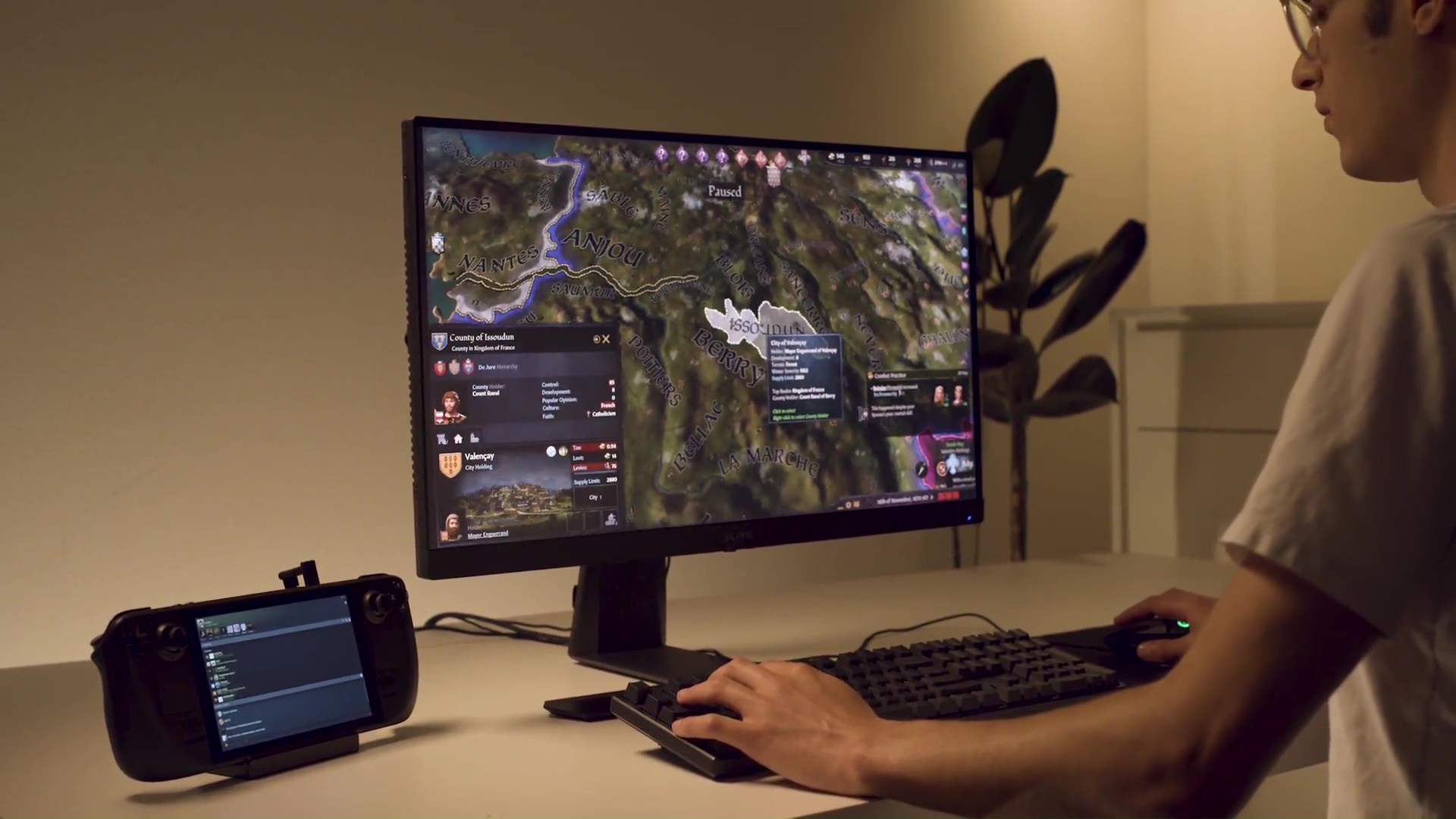 You can, however, put it down on any surface and use a Bluetooth controller, similar to the Switch. It’s still a lot more convenient than needing a lot of space for a laptop, not to mention extra space for a mouse. What the Steam Deck can do that the Nintendo Switch can’t is to be used as a regular PC, at least a Linux-based one. That last technical detail might worry some about compatibility with some Steam games that run only on Windows, but that situation is a lot better these days. Plus, installing Windows on the device is also technically possible. 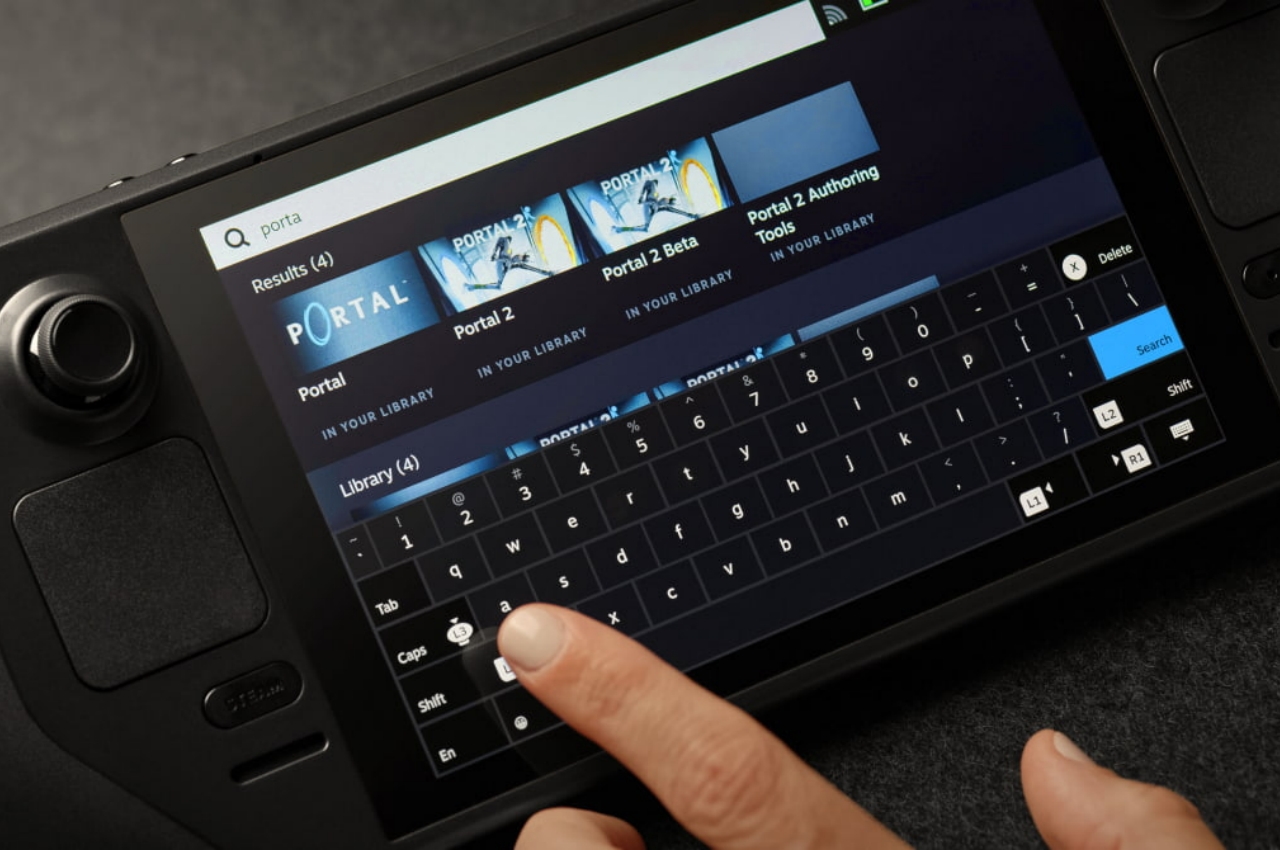 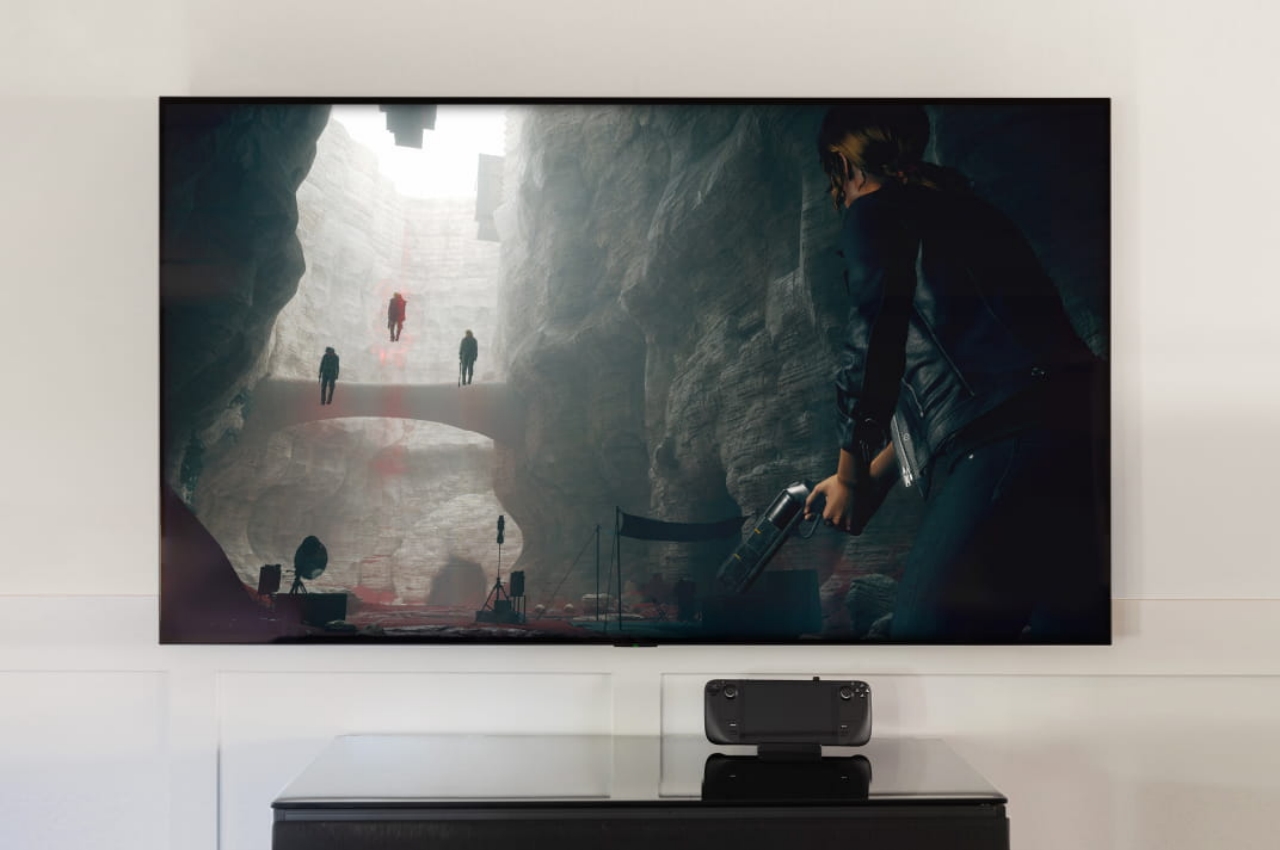 This sounds great for PC users, especially Linux users, but there are naturally some limits to this proposition. More like a laptop and less like a desktop, the Steam Deck isn’t upgradable, and you’re stuck with the hardware you paid for. You can’t even expand the storage with an SSD and will have to make do with super slow SD cards. Unsurprisingly, there isn’t any commitment from Valve regarding repairability or sustainability, though as a first-gen device, that might happen in succeeding models, presuming it has succeeding models. 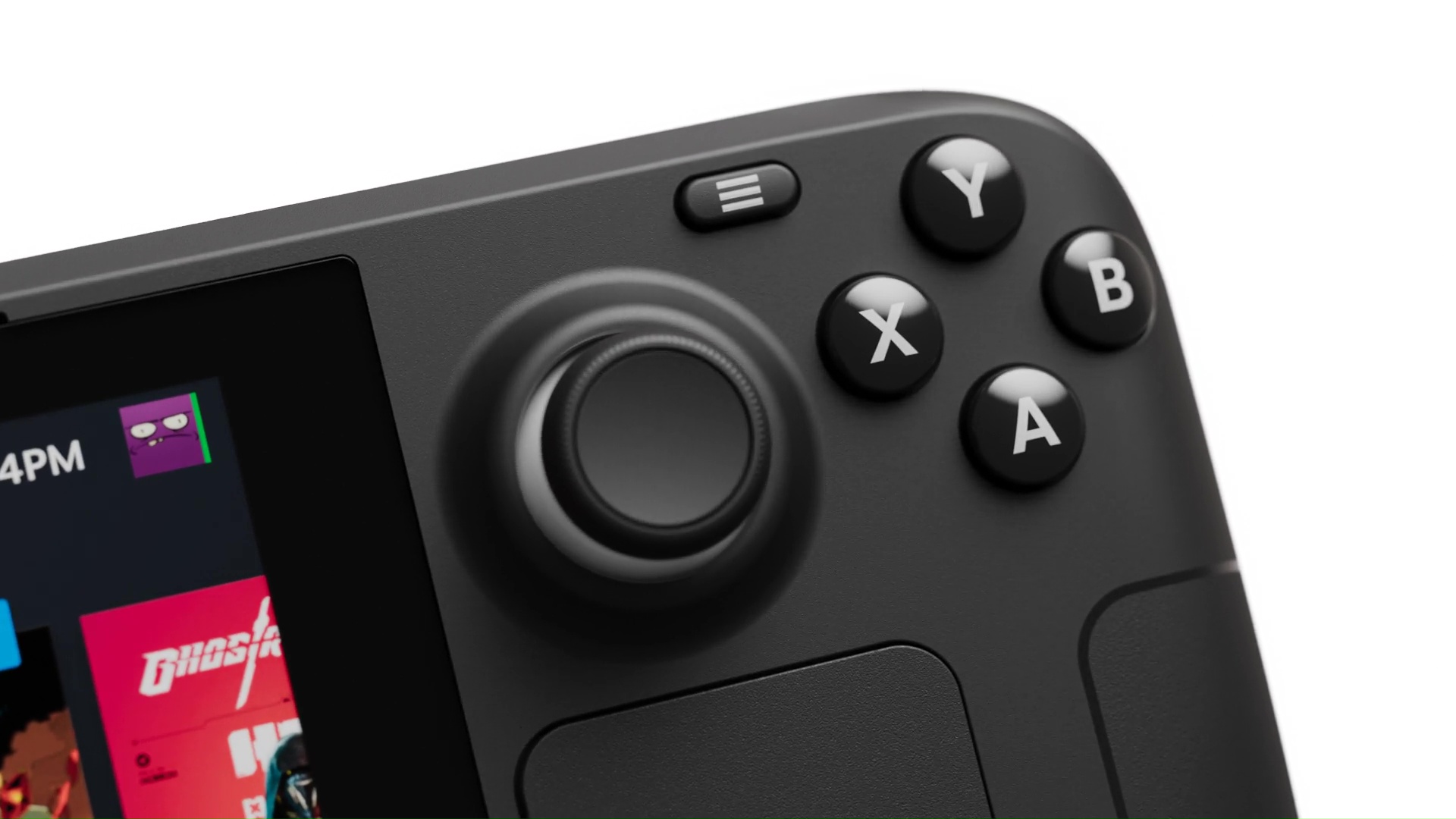 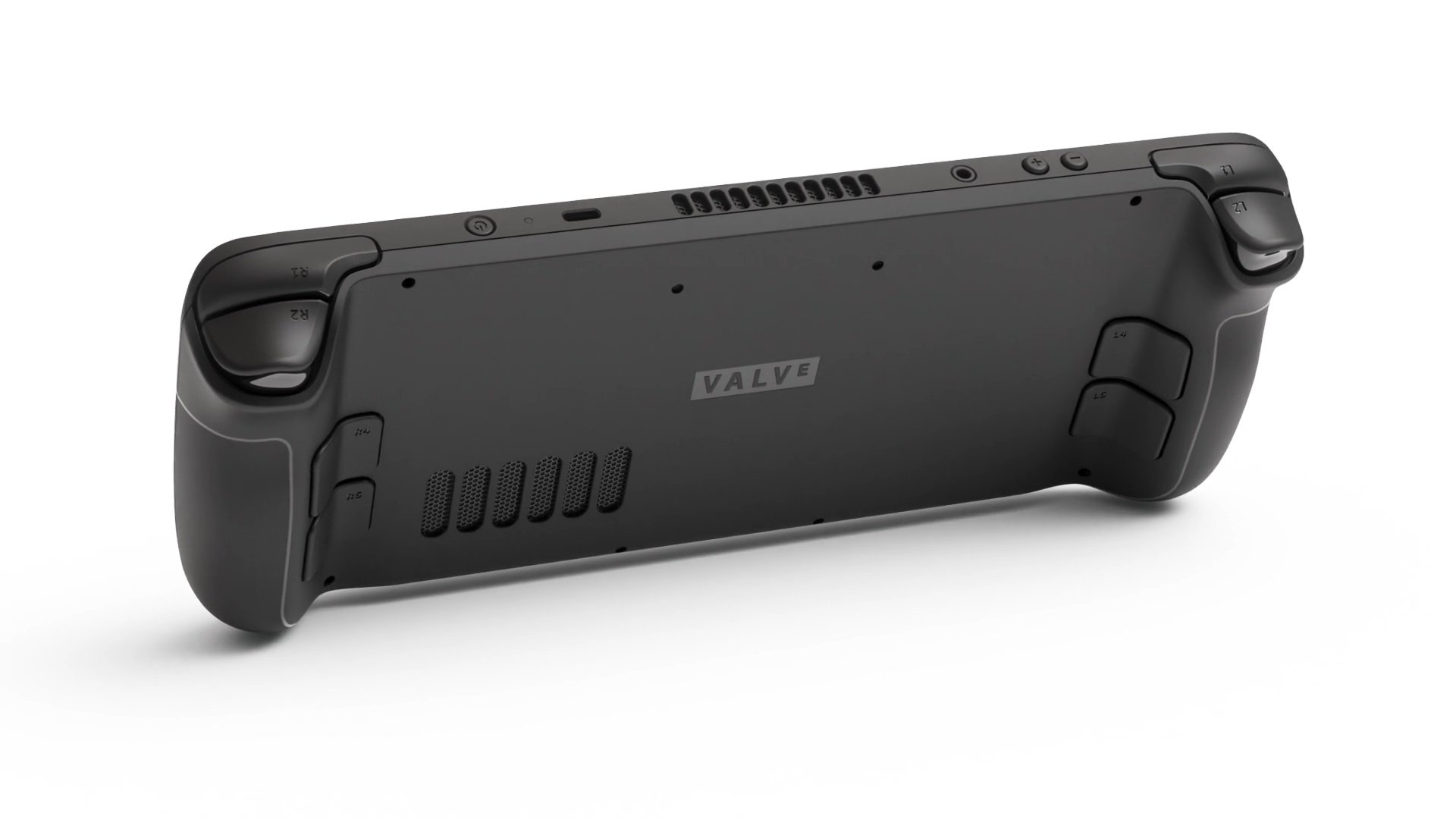 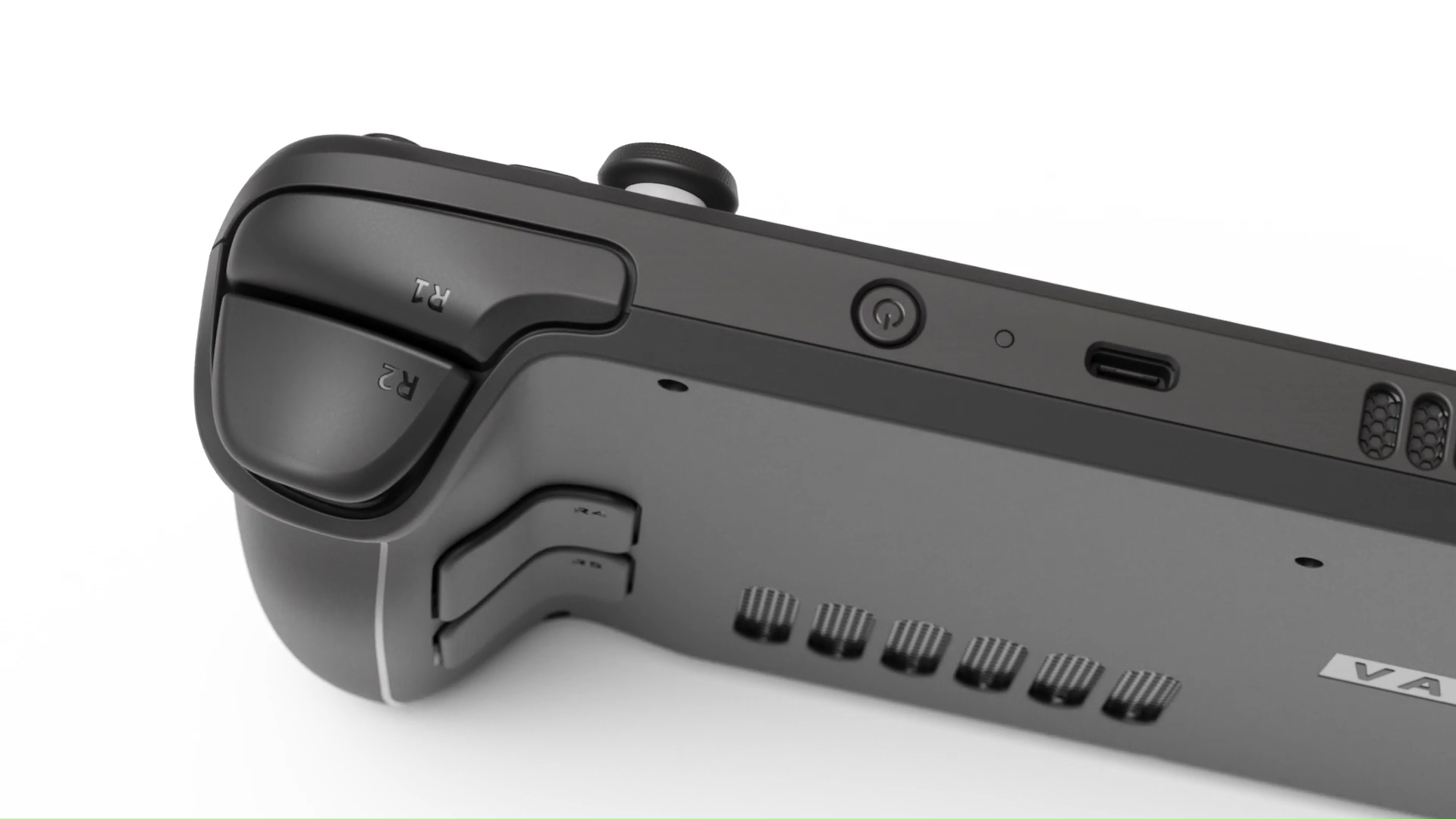 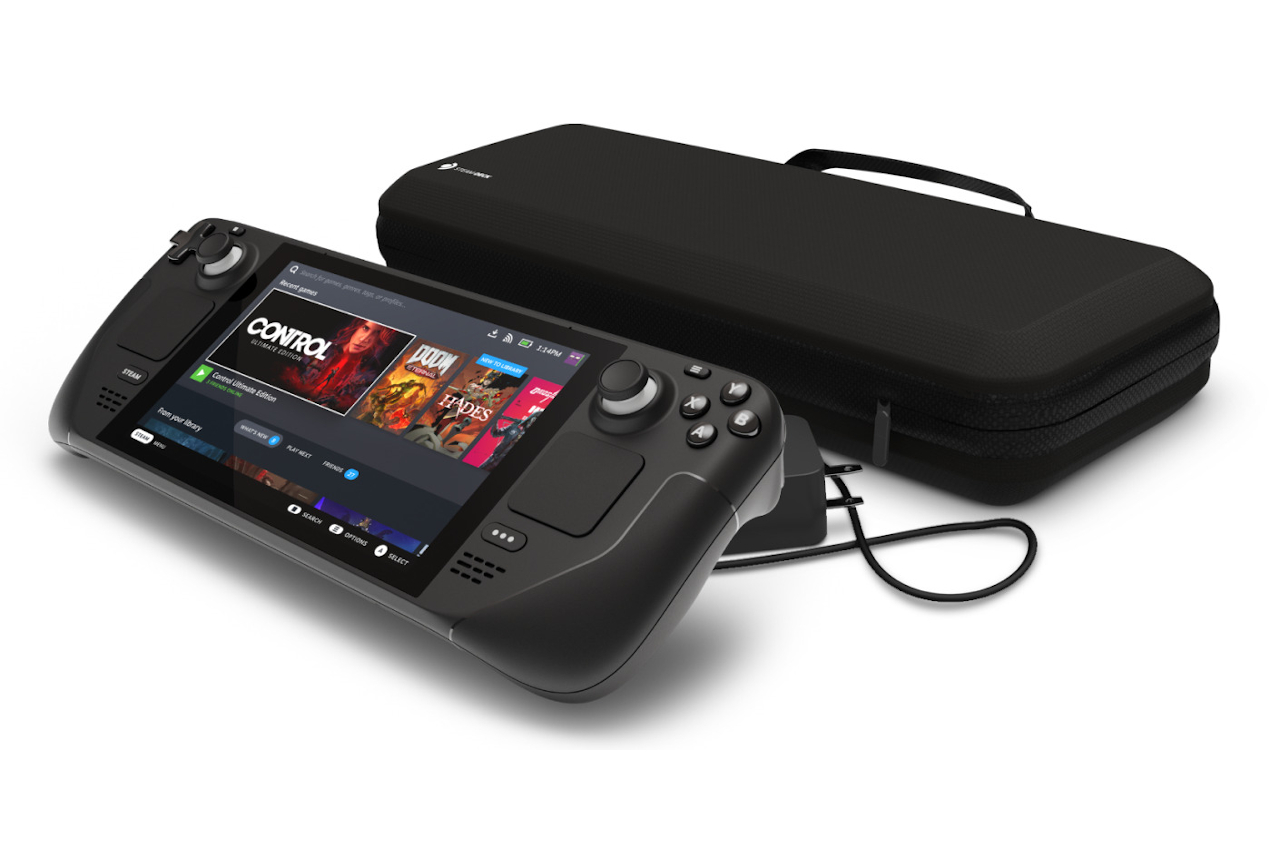 Sleek tech gadgets, including SSD’s, that make the perfect fun + functional sidekick to your laptop!

Honestly, I cannot survive without my laptop! The whole basis of my work life depends on it, as well as my precious documents, every significant…

Music In My Control

The MusixCube is a hand-held controlling device for a given piece of digital music production software. It is meant for stuff like Ableton Live, Logic,…

Jetson ONE flying car demonstrates the future of personal commuting

Jetson wants to make everyone a pilot, at least everyone who needs to get to work and back home quickly. Our highways are getting congested,…