Inspired by a true icon of American aviation, the Aeromat X-15 pays tribute to its namesake – the hypersonic rocket-powered North American X-15 jet. Designed by Aeromat’s Oscar Chabrat, who found himself absolutely fascinated by the X-15 after he discovered it (and virtually flew it) on a game of Flight Simulator, the Aeromat X-15 timepiece captures the story and the unbridled adrenaline rush of the rocket-powered X-15 aircraft on its design. The automatic watch itself comes with a stealthy, strictly no-nonsense design that uniquely captures the jet’s utilitarian surface treatment and form. It sports a titanium outer shell, the same material used in the X-15’s airframe, has a stellar jet-inspired caseback, and is entirely assembled in the US, quite like the very jet that inspired the watch. 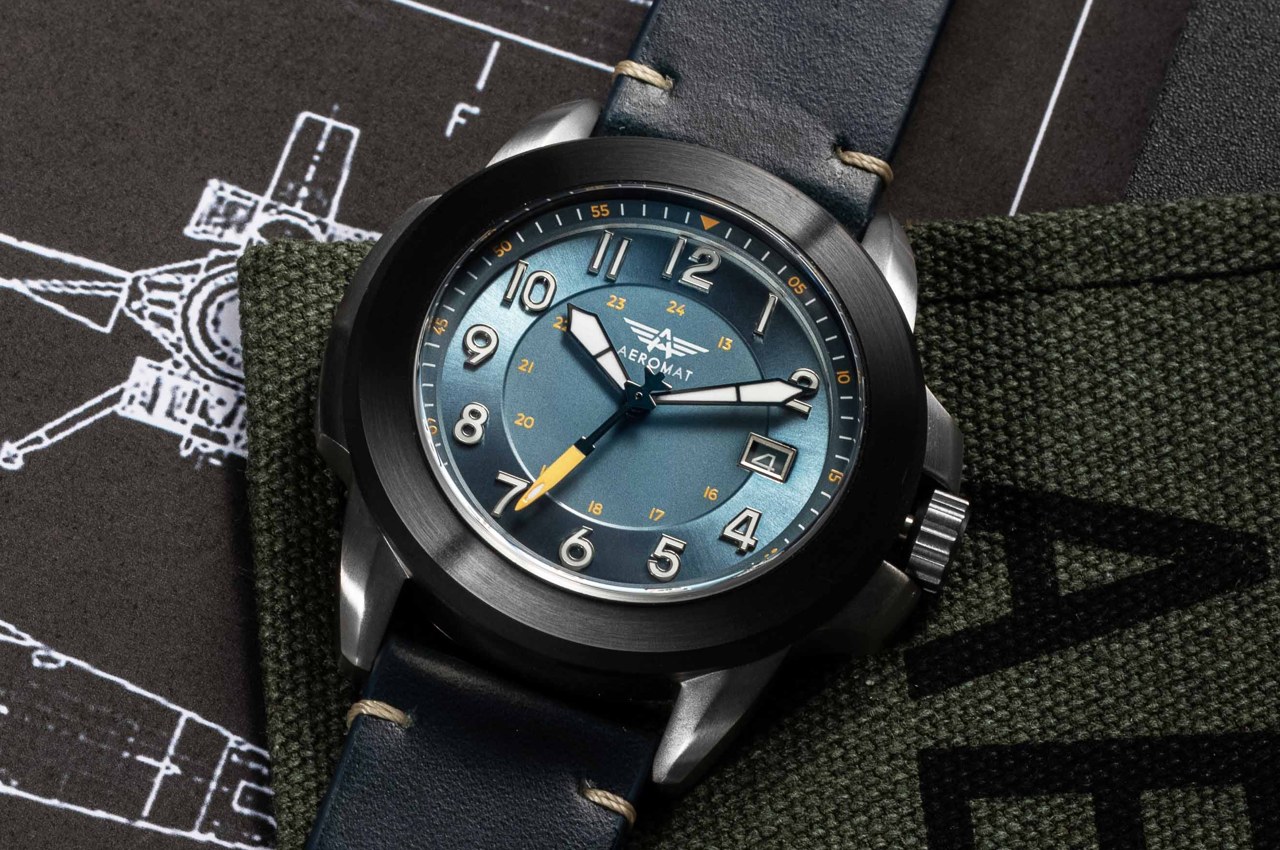 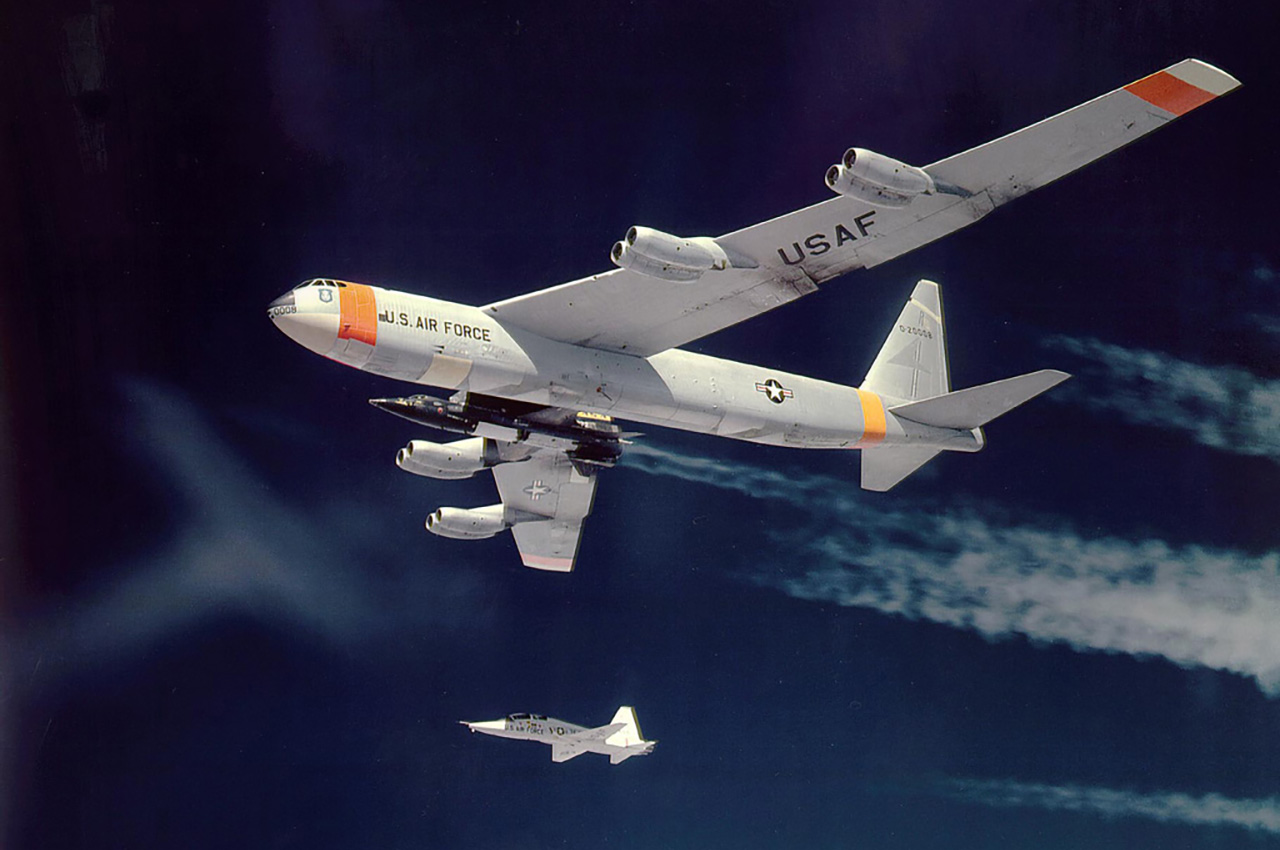 The X-15 is a tribute to NASA’s most daring aeronautical project ever: The North American X-15.

When put side by side, the X-15 watch bears an instant resemblance to its jet counterpart. There’s something rather simple yet superior about the jet that reflects wonderfully in the watch’s pure design, which was co-created with Major General Joe H. Engle, the last living test-pilot to fly the X-15. The watch comes with a plated titanium case, an aviation-inspired watch-face with a unique seconds hand and a date window, and the special caseback, which sports a relief version of the X-15 as seen from the front, along with Major General Engle’s signature. 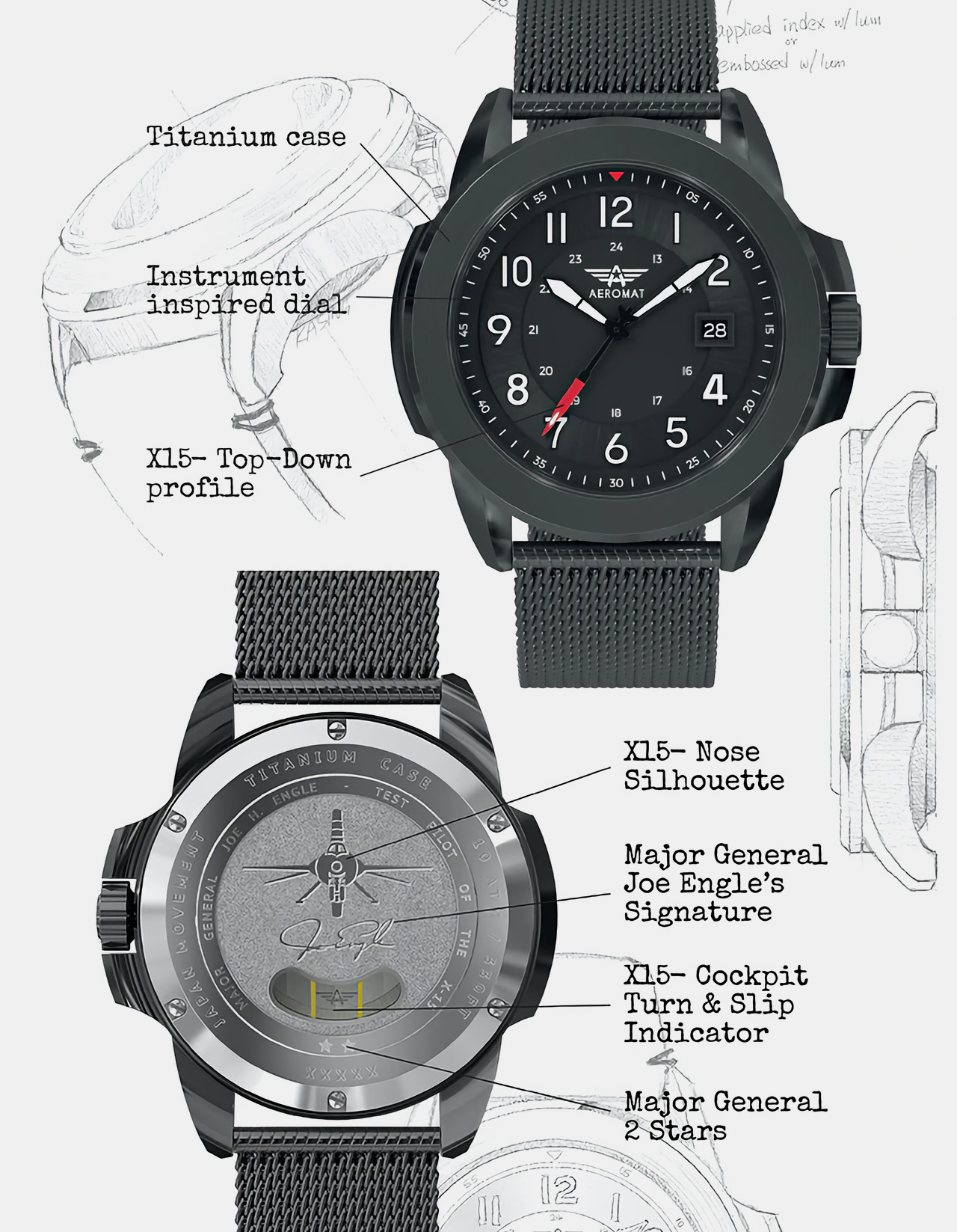 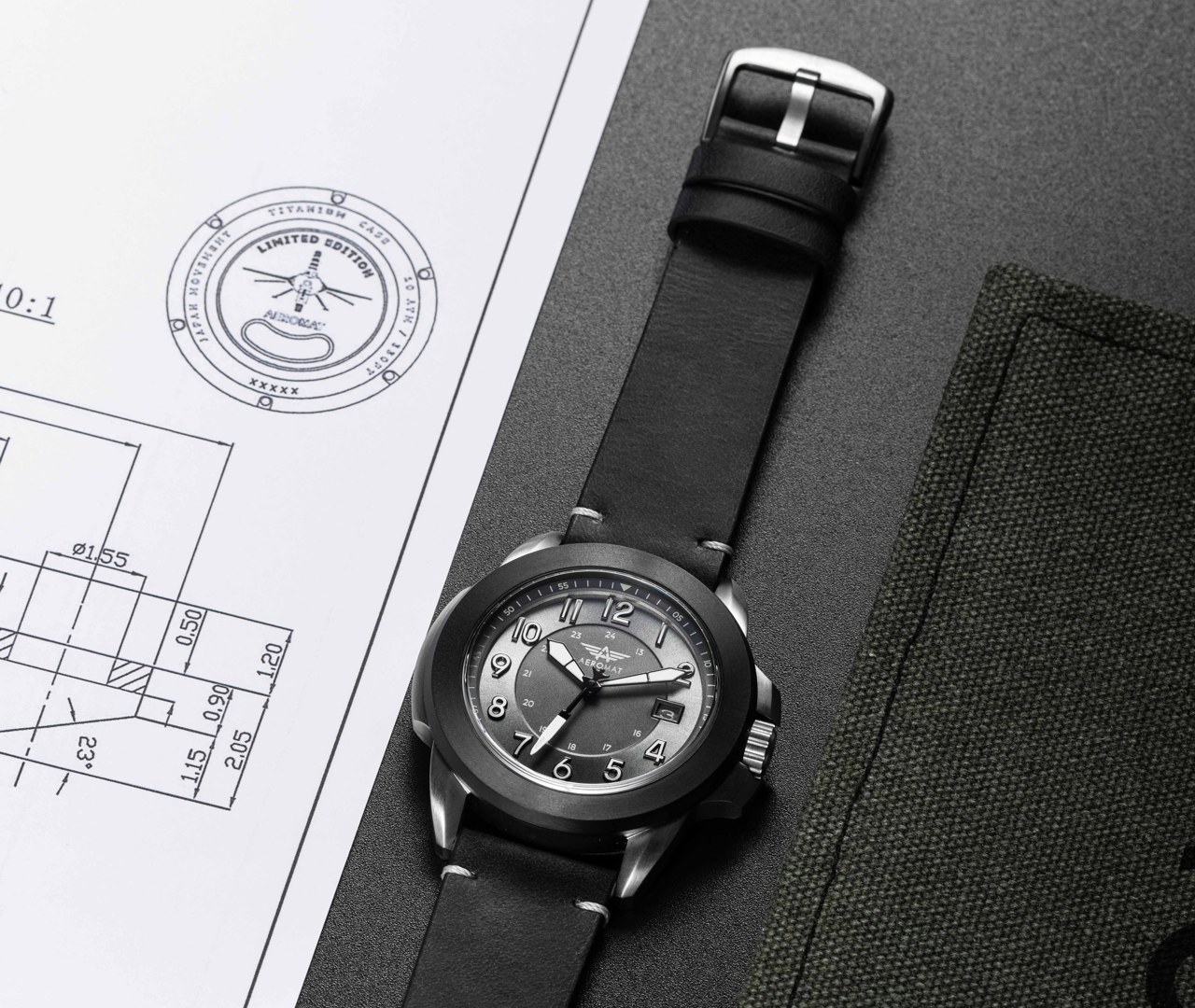 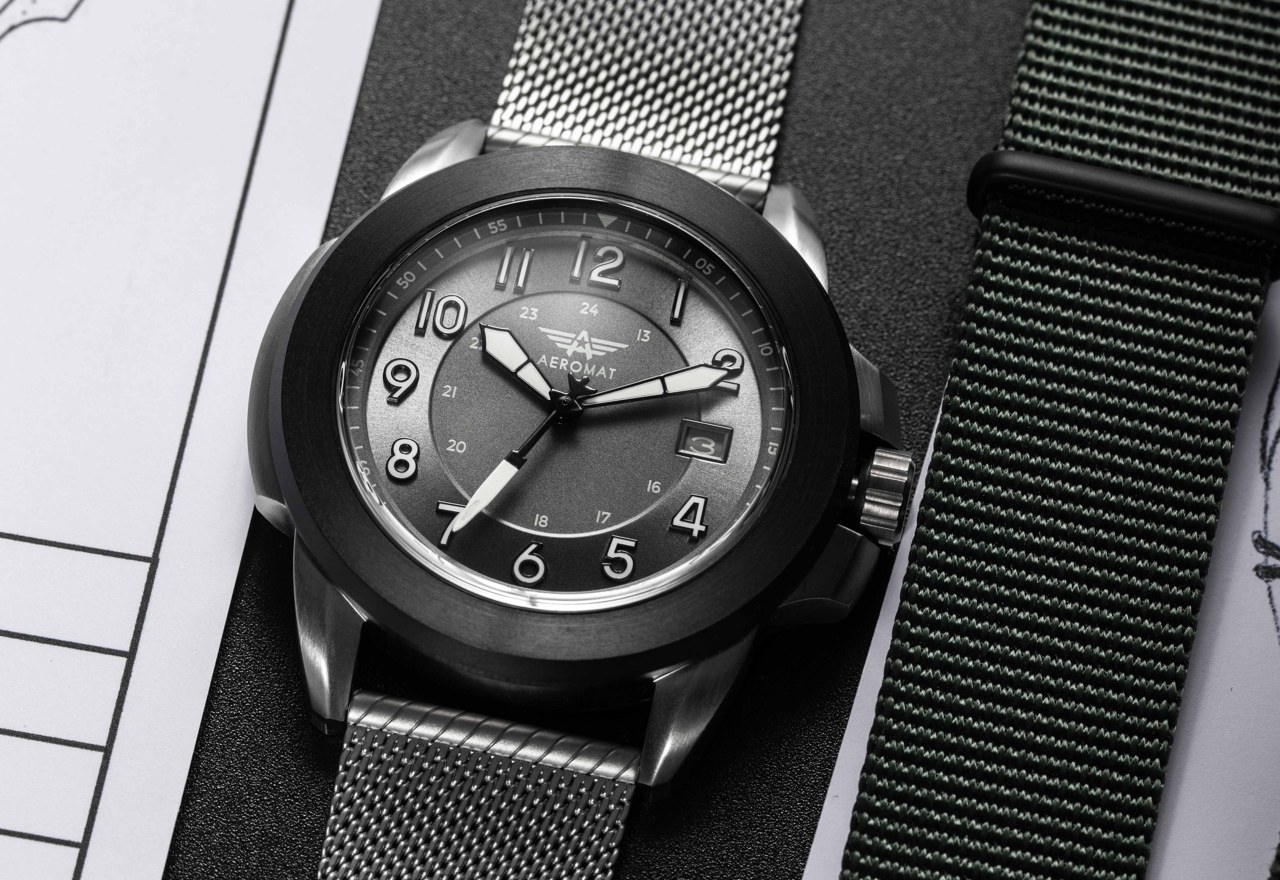 Sitting under a scratch-resistant sapphire crystal glass is the watch’s eye-catching face. Available in 4 colors – Silver Gray, NATO Green, Sky Blue, and Jet Black, the watch sports signature aviation-watch hour and minute hands, as well as a bespoke seconds hand that mimics the top-down silhouette of the X-15. The watch comes with clear numeric markings coated in Super-Luminova, along with a date window at the 3 o’clock position, and 24-hour markings for people who read military time. 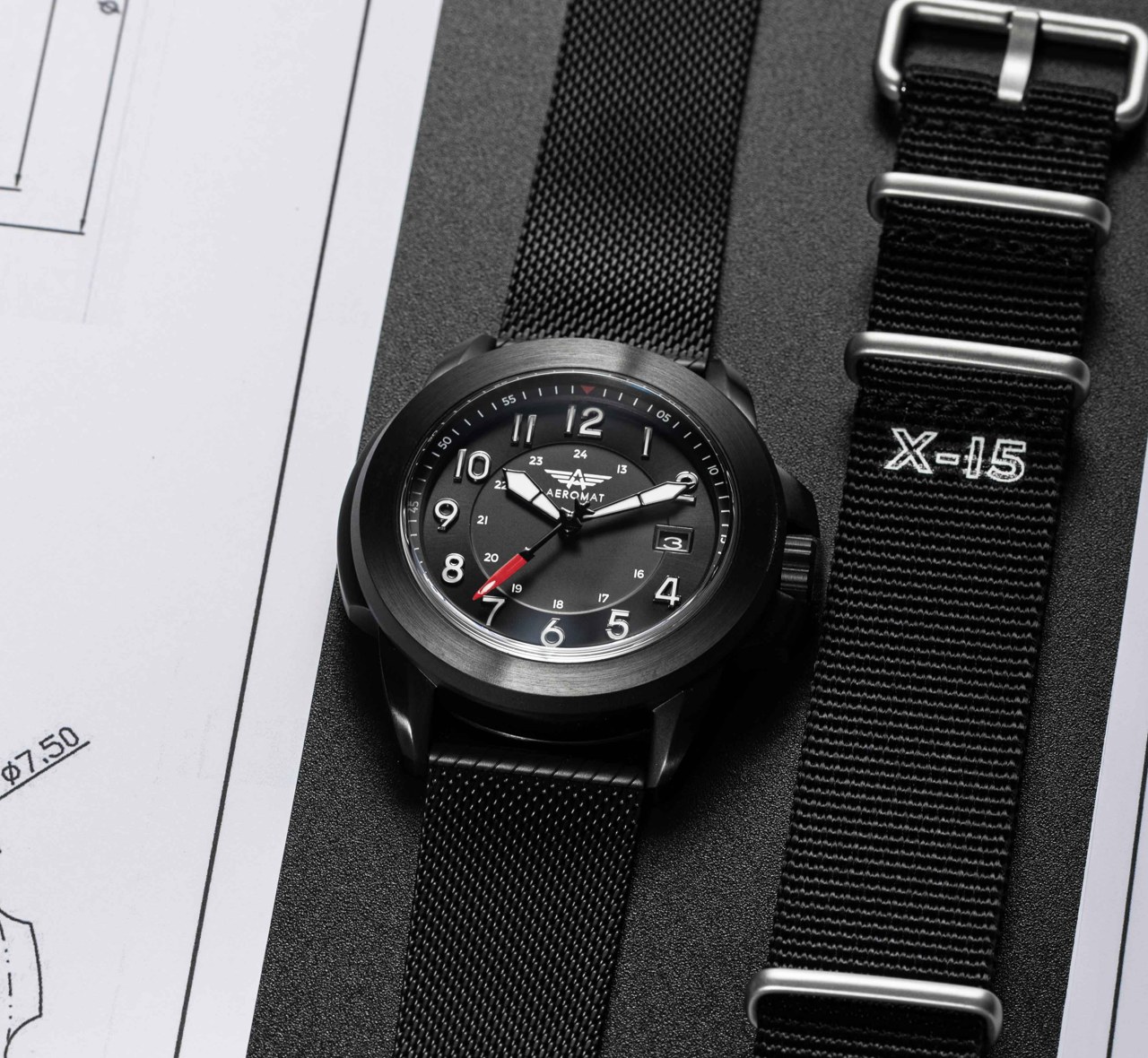 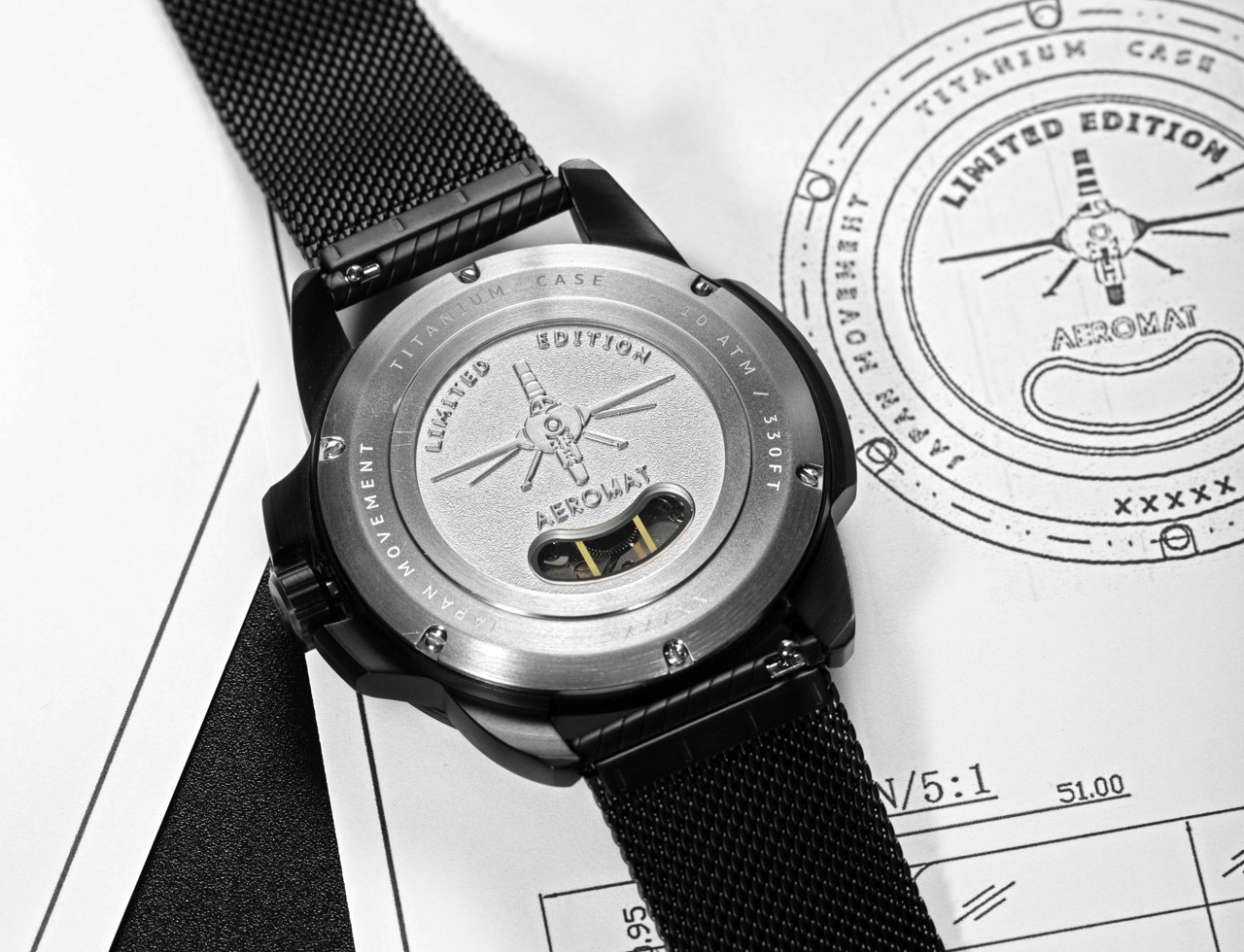 Flip the watch over and you’ve got an ode to the X-15 with its silhouette in relief on the back, Major General Engle’s signature and 2-stars, and the jet’s cockpit turn-and-slip indicator made using the watch’s rotor. Speaking of the rotor, the watch is powered internally by the NH35 Seiko Automatic movement, a reliable Japanese workhorse with a power reserve of over 41 hours. 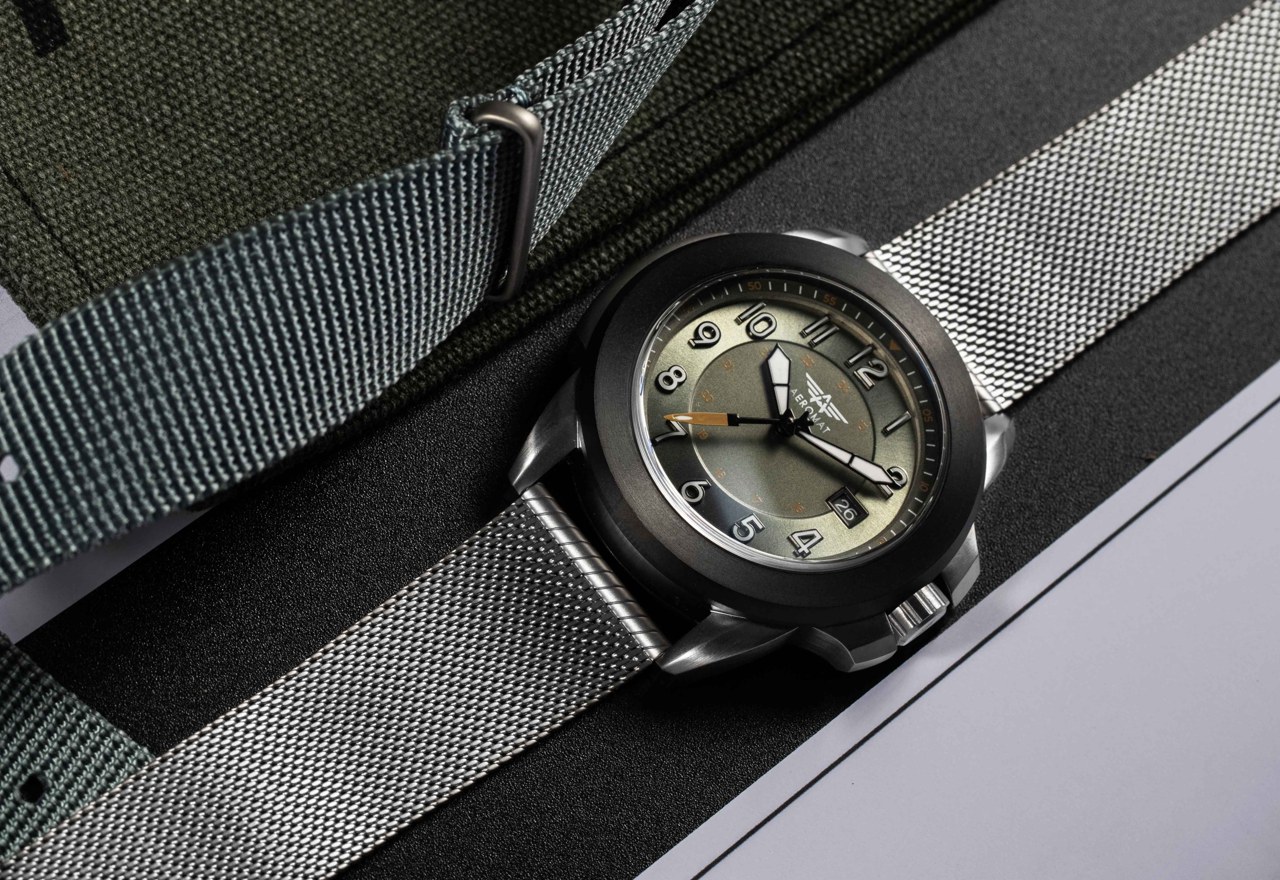 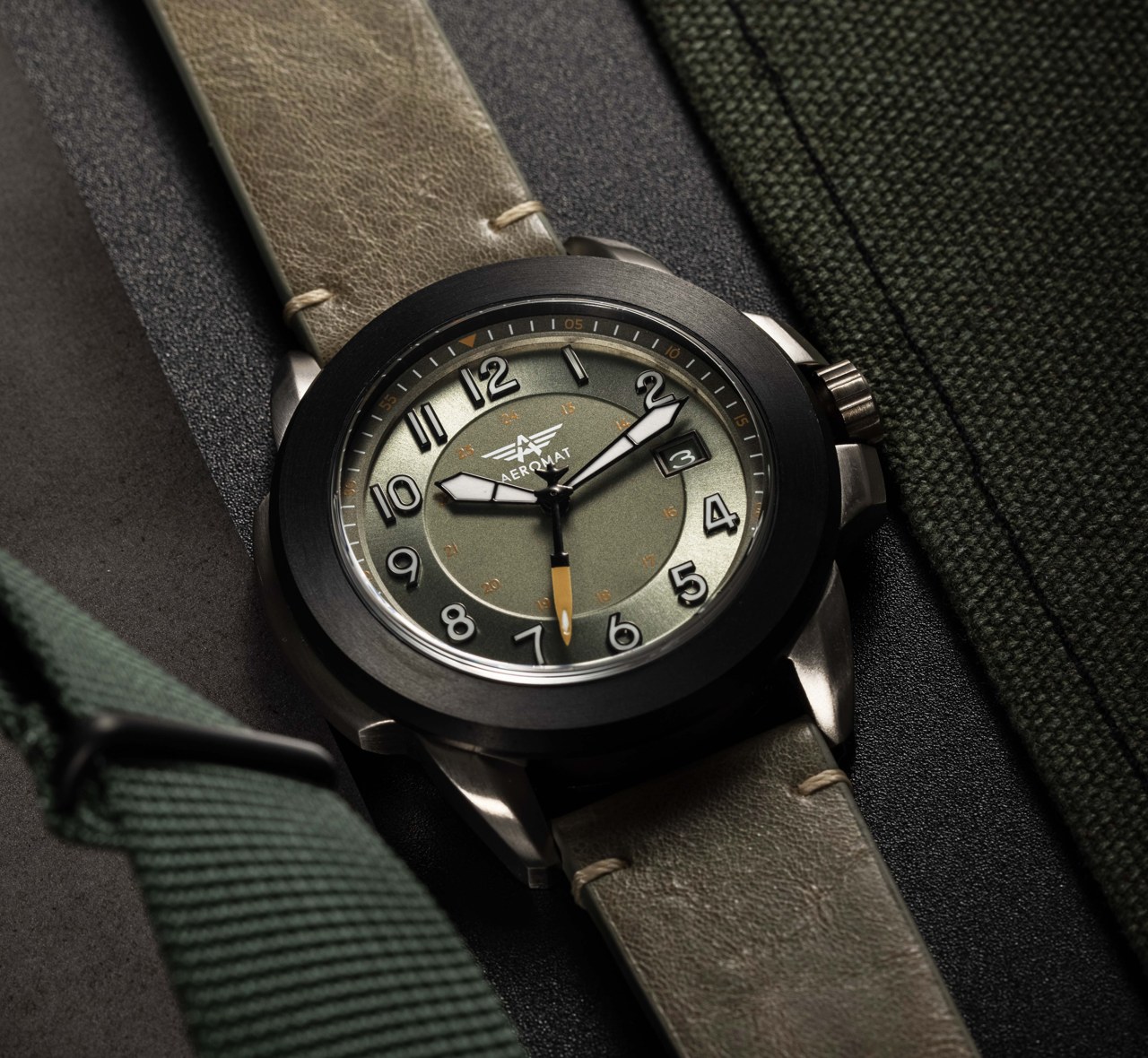 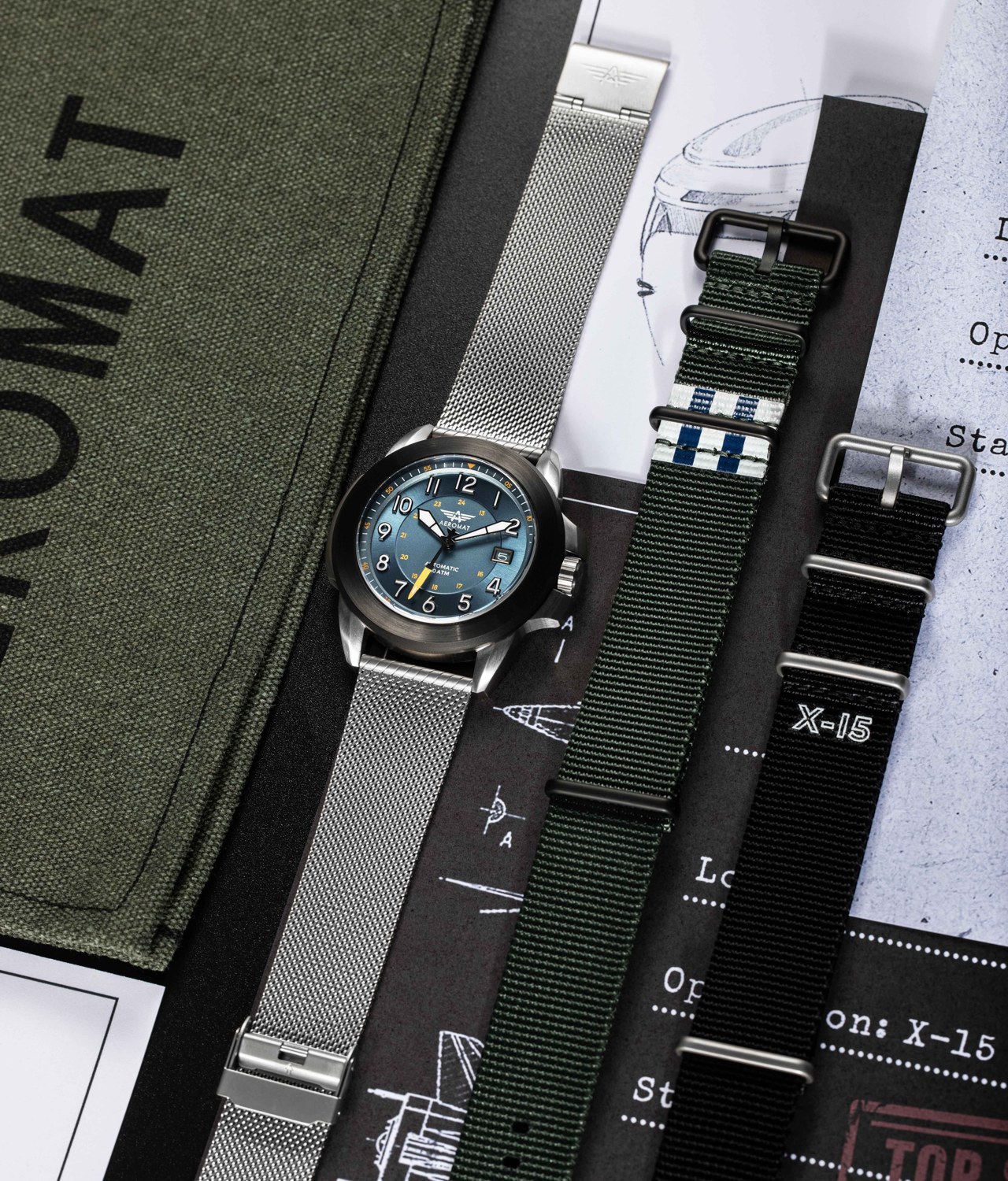 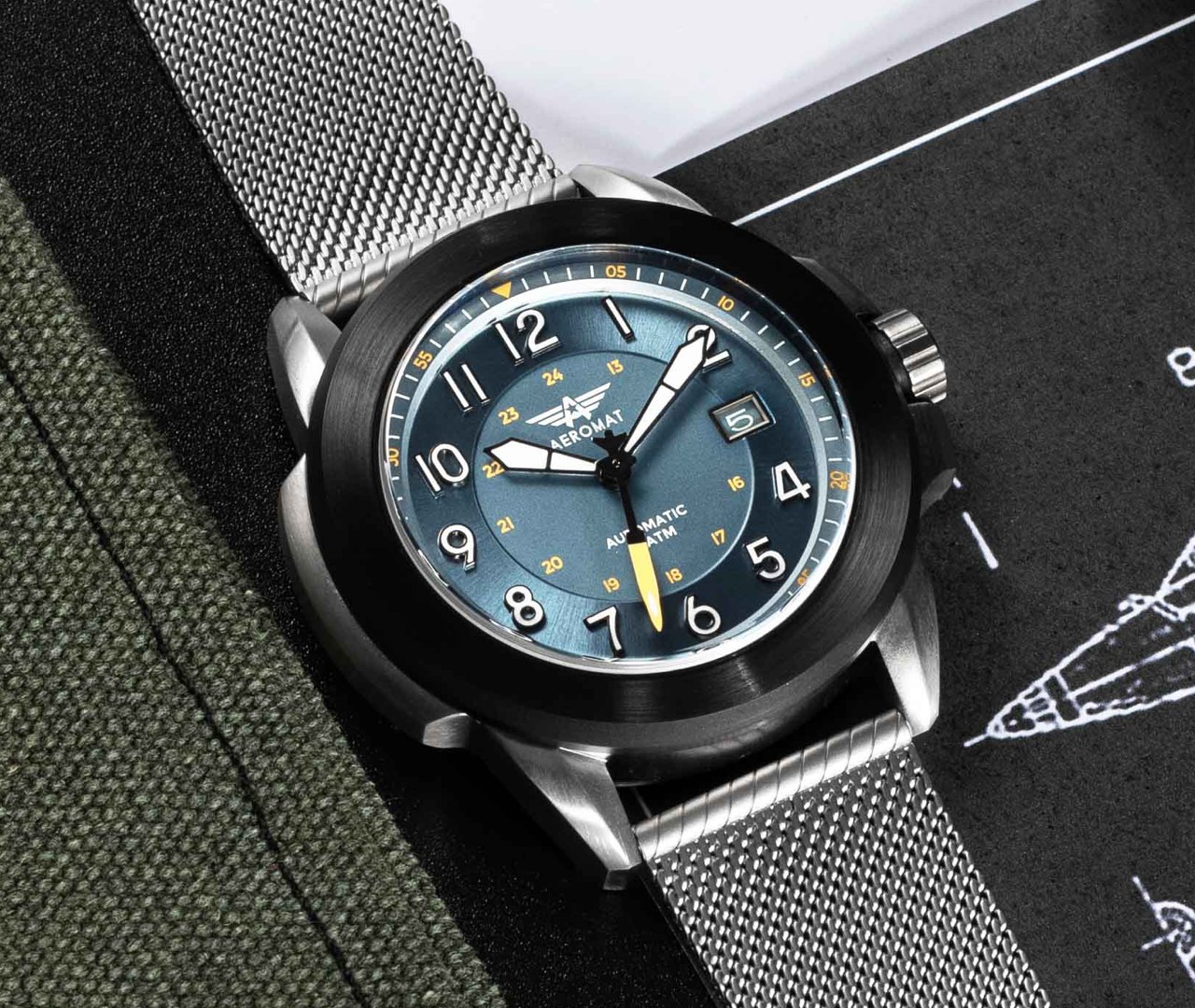 The X-15 is yet another timepiece in Aeromat’s legacy of honoring aircrafts through well-designed timepieces. This time, Aeromat focused on one of the most illustrious jets in the world – a 1959 beast that still holds the record for speed and altitude, even 62 years later. Like its namesake, the X-15 watch uses titanium in its construction, as an ode to the titanium airframe of the X-15, and comes in 4 colors as well as with 3 strap materials – leather, stainless steel mesh, and woven NATO-style straps. The watches are available on Kickstarter at a discounted price of $265 (the retail tag is at $660), and each watch ships with the 3 straps to choose from in a slick aluminum travel box. The watches are backed by a 2-year warranty (2+1 years if you grab one at the Earlybird price), and begin shipping in the first half of next year.

This is No “Imperial” Lamp

Now, correct me if I’m wrong, but isn’t a lamp the last thing that comes to your mind when you think of the title “AT-AT…

Leave Your Tray in Charge

The first in the Hula Balu series of sensory children’s toys, Doodle is a plush pal that informs parents about little one’s health patterns. Using…

Qi (pronounced “chi”) is a unique, elegant self-heating disposable baby bottle designed to provide a thoughtful & practical way to feed your baby on the…