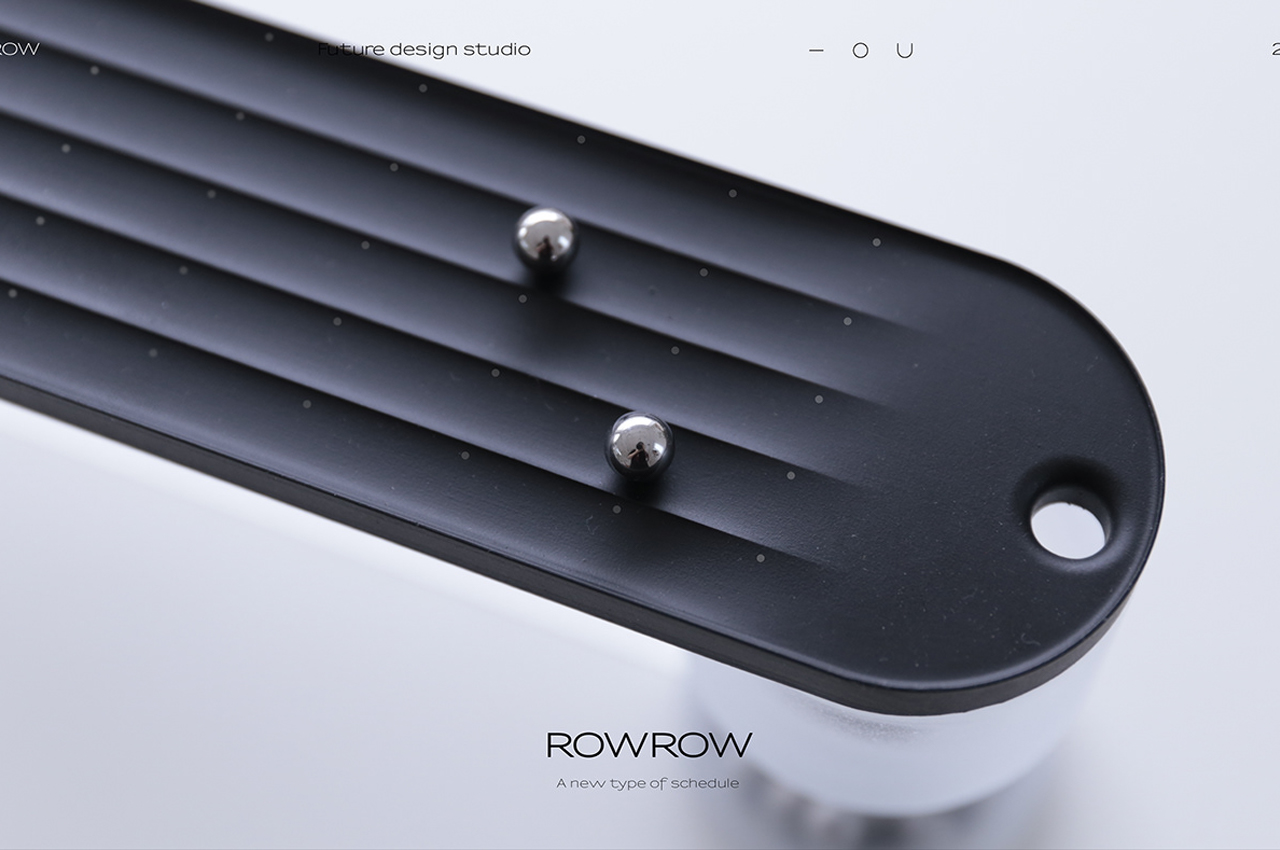 Rowrow is an interactive organizing system built as a desk appliance with magnetic beads that indicate how far you’ve come on any given task.

Keeping track of daily tasks can sometimes feel like a second job. Organizing multiple schedules at once and keeping tabs on each task’s progress isn’t always as easy as it seems. Still, we have our own ways of making sure we’re on top of it. 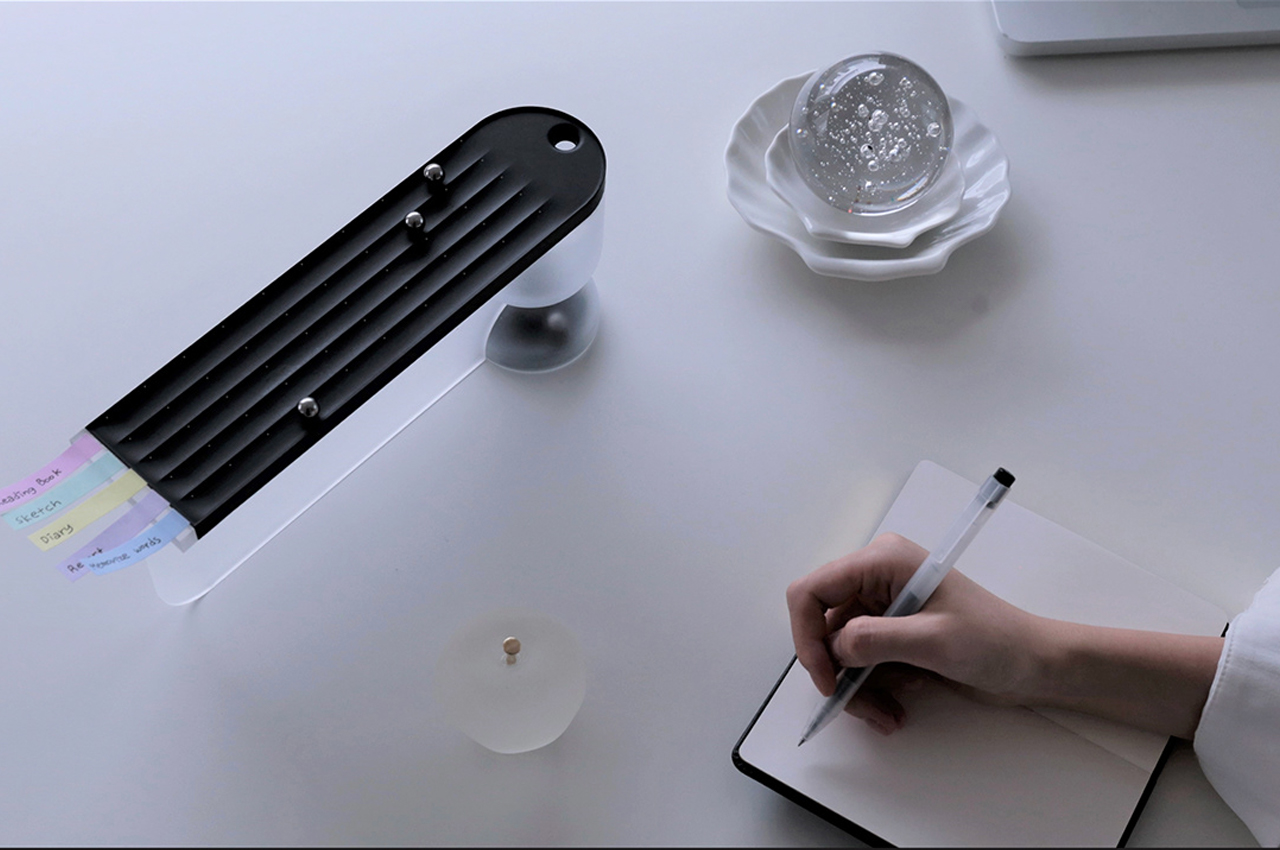 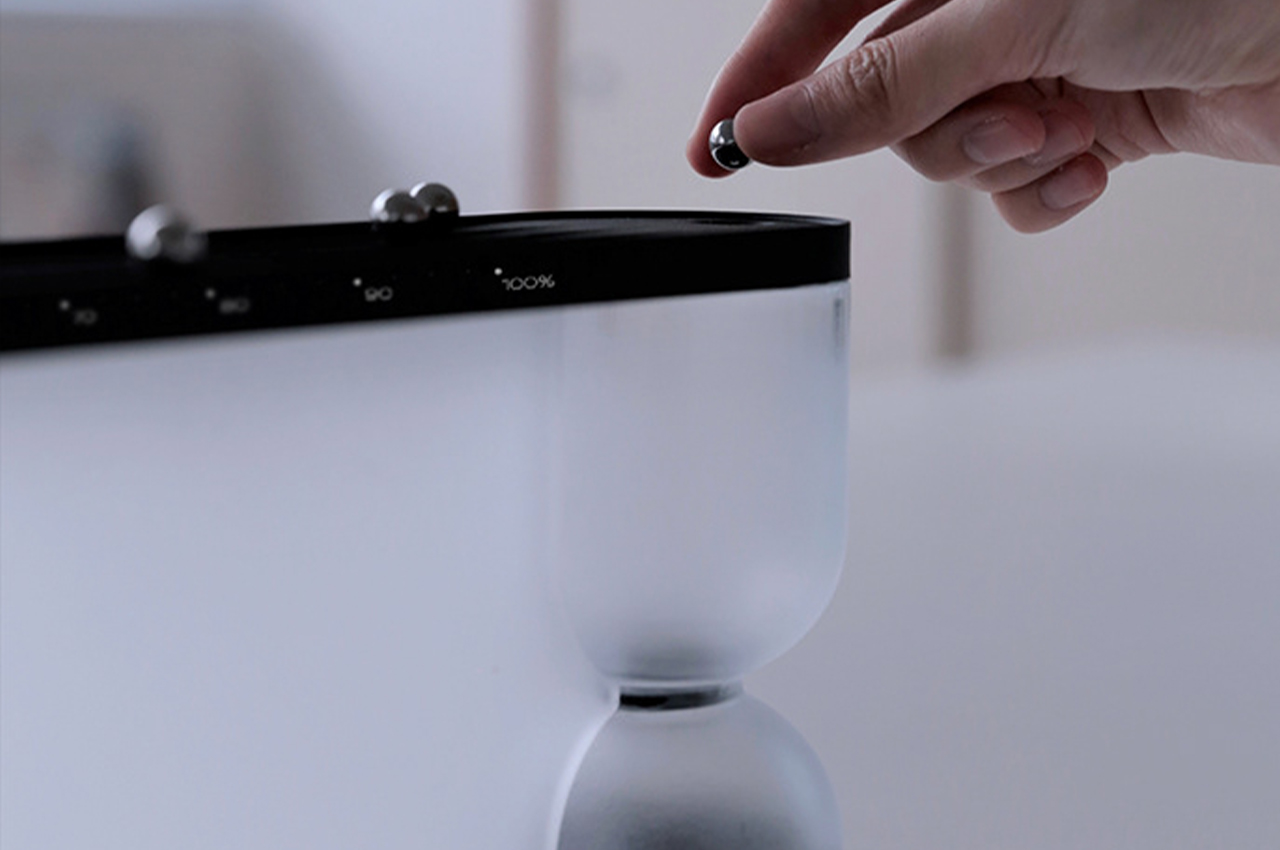 Some use smartphone reminders, while some prefer physical calendars to jot down each day’s schedule. Industrial designer, Jiwon Song created their own organization device called Rowrow, an interactive office appliance that keeps tabs on every one of your tasks with tiny magnetic beads.

Rowrow is a decently sized organizing system that employs magnetic beads to slide along long progress rows that are punctuated by percent markers to indicate how far you’ve come from the start of any given task. When users first embark on a task, they can write the task’s name on a slip of paper that adheres to the starting point of one of five progress rows. 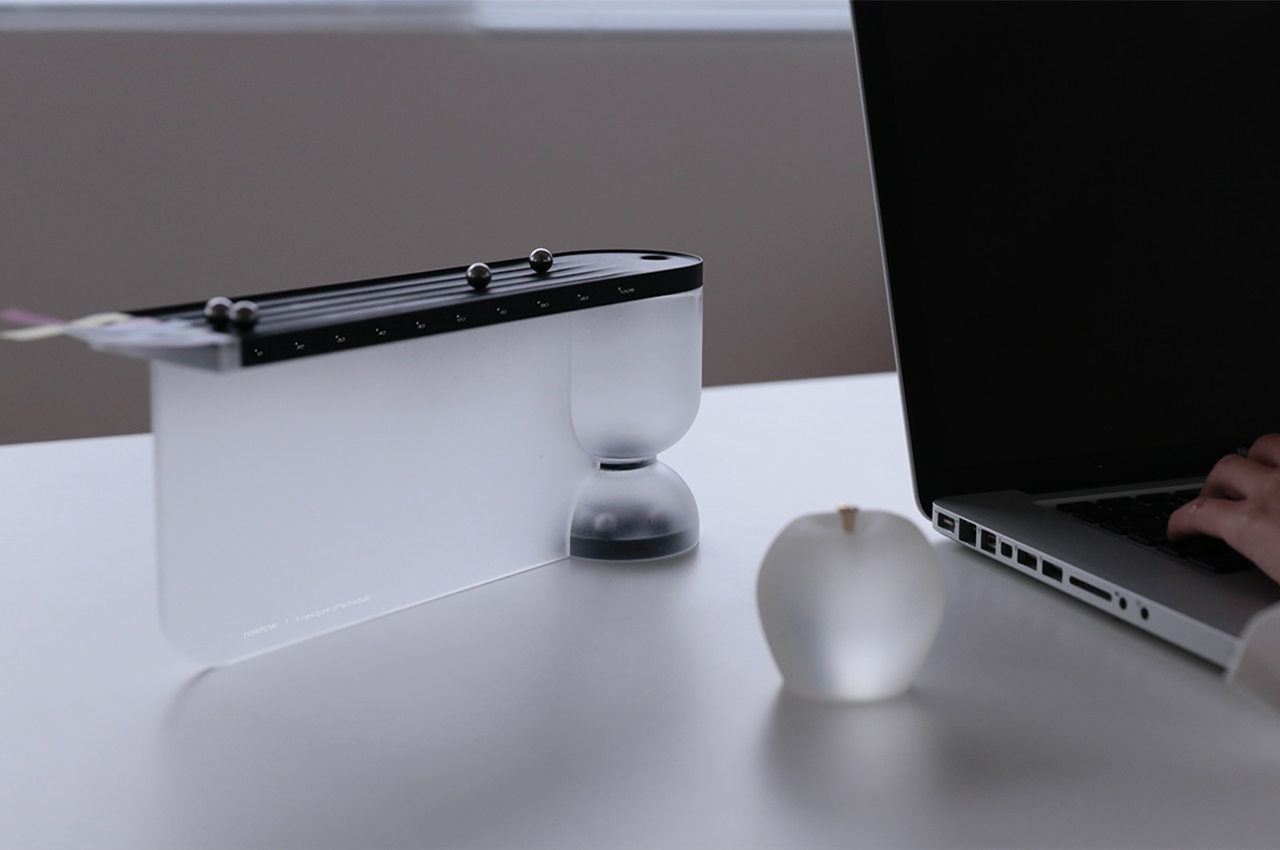 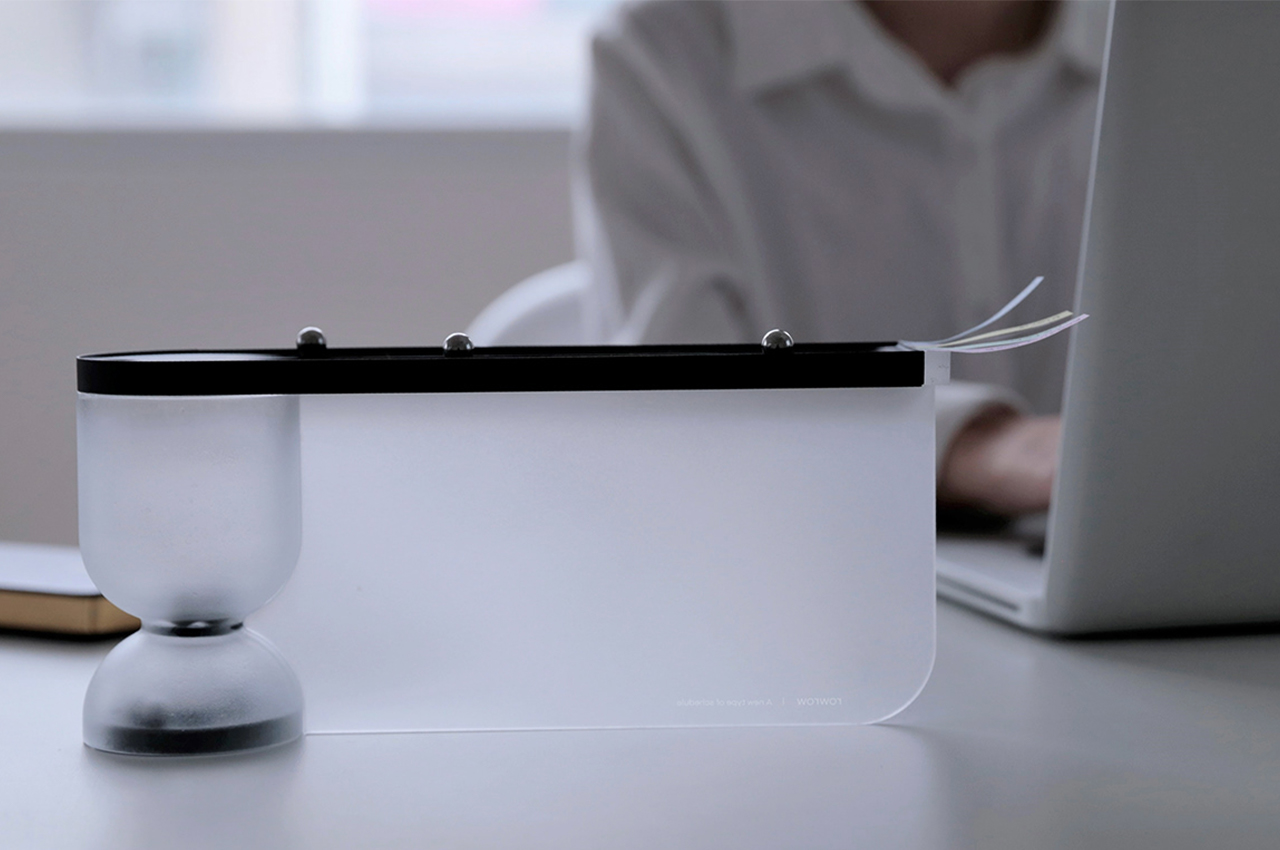 From there, as users move through their days and get their tasks taken care of, magnetic beads move from one percentage marker to the next to visually track each task’s progress as it comes. Once a task has been completed, the magnetic beads drop into the hourglass on the opposite end of Rowrow–a satisfying way to wrap up the day. 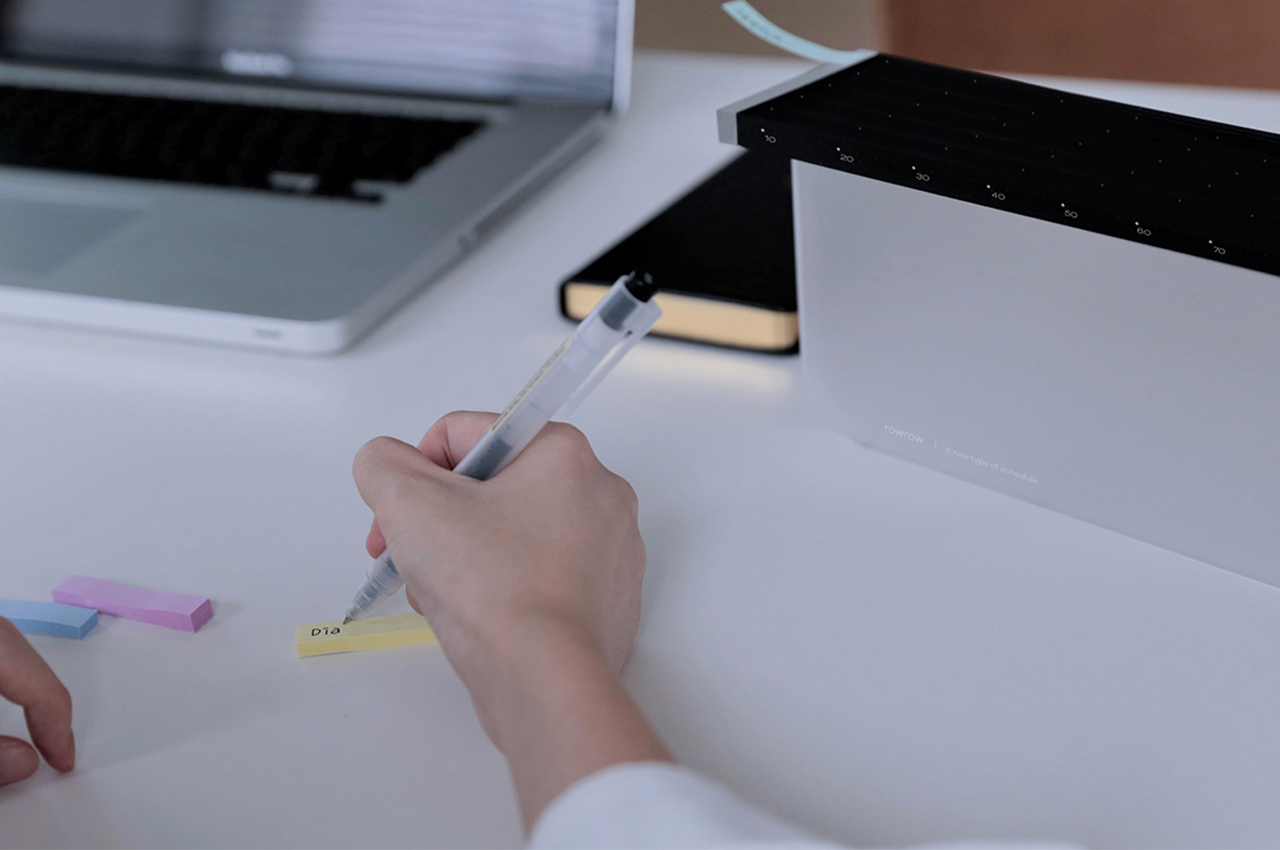 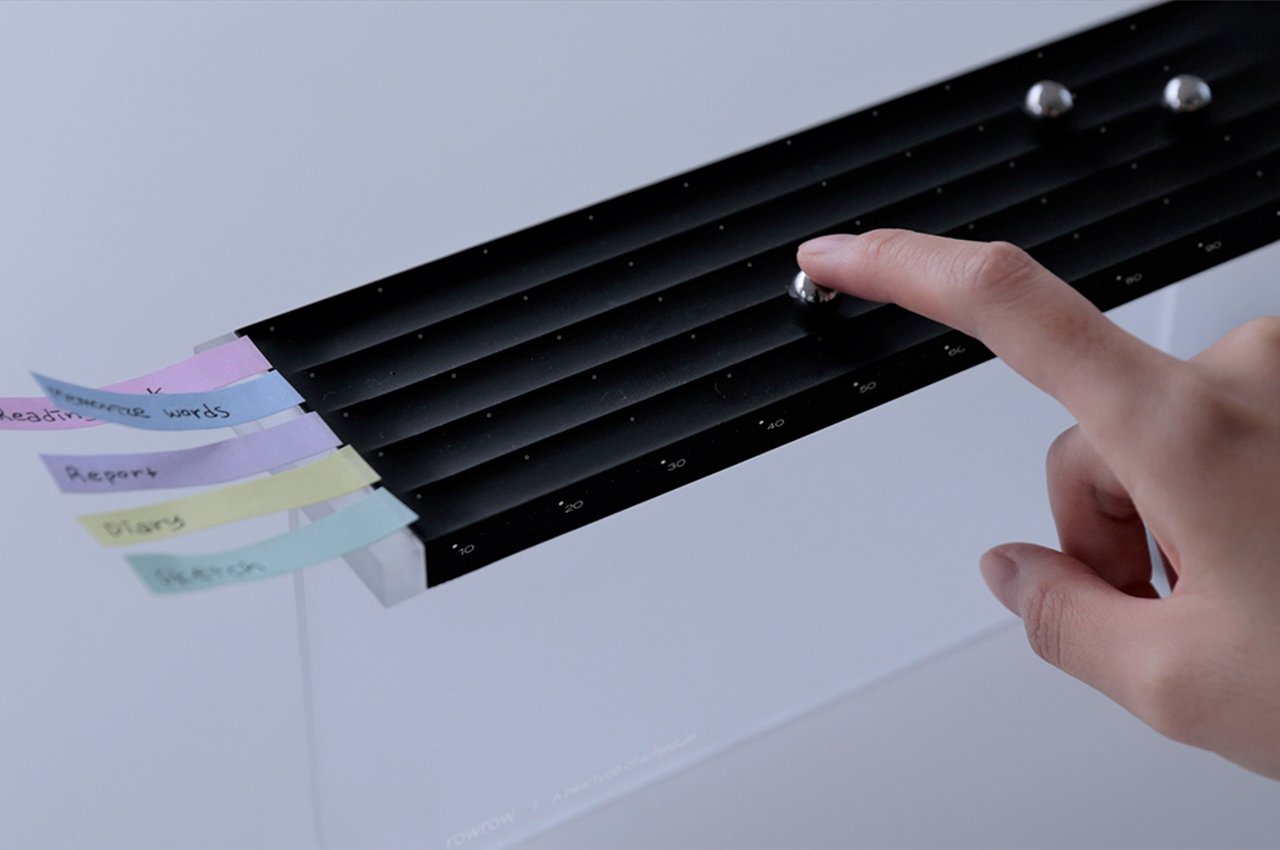 Constructed from acrylic and magnets, Rowrow measures 260x60x120mm and won’t take up more space on your desk than a few notebooks might. With more work taking place at home, keeping track of work responsibilities gets even trickier. With Rowrow, staying on top of our schedules will feel more doable than ever, and watching the magnetic beads sink into the hourglass will feel just as good as crossing out the task on your To-Do list. 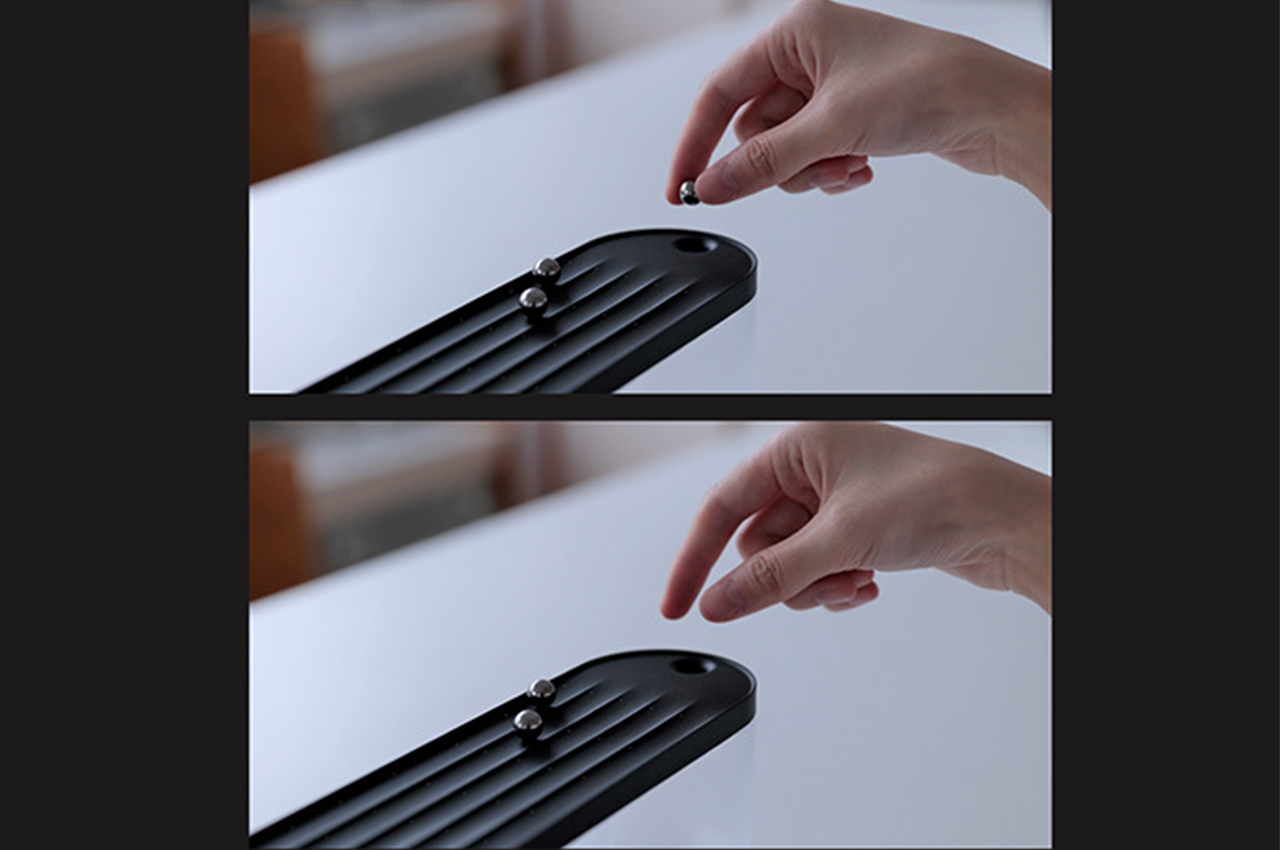 Once the given task has been completed, the user sinks the corresponding magnetic bead into the hole and down the hourglass. 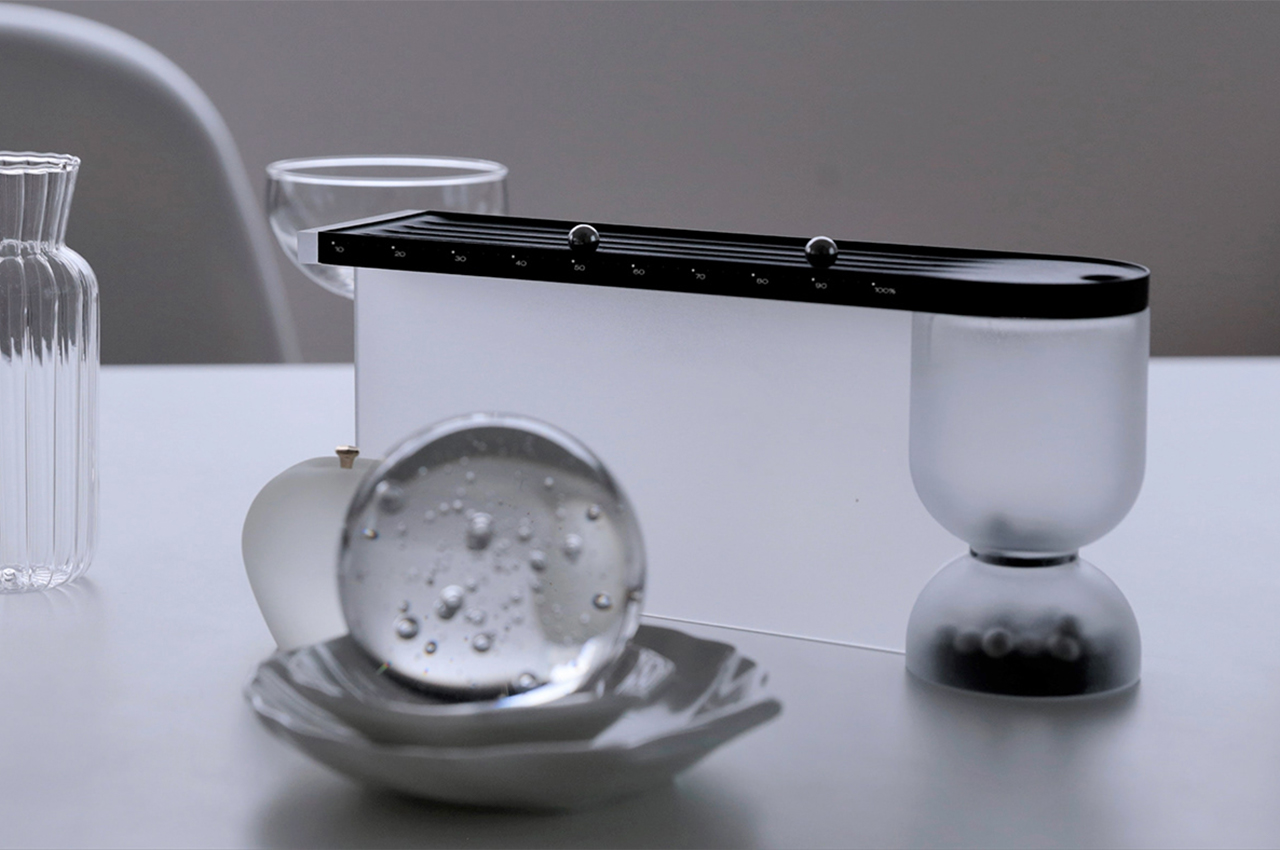 With a minimalist look made up of mostly black and white colors, Rowrow fits onto any home or office desk. 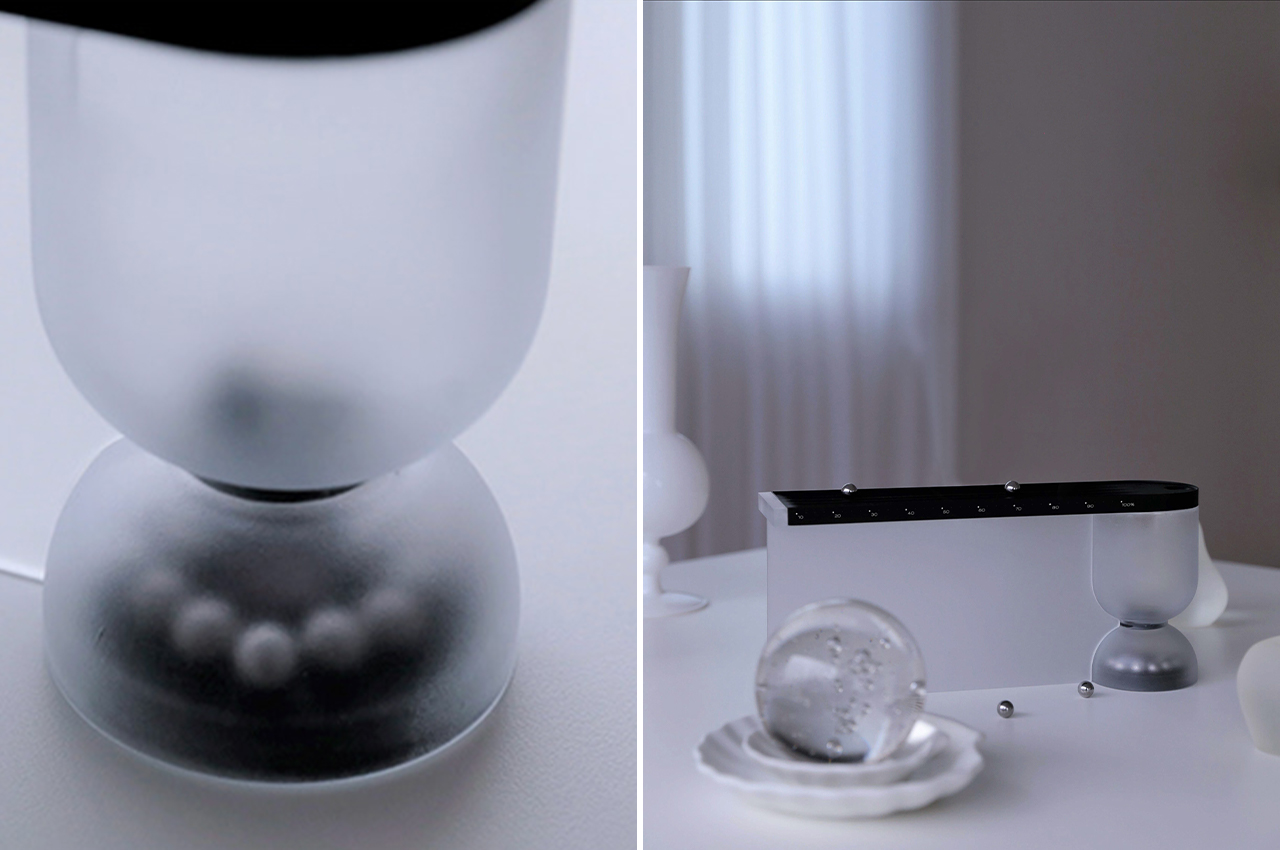 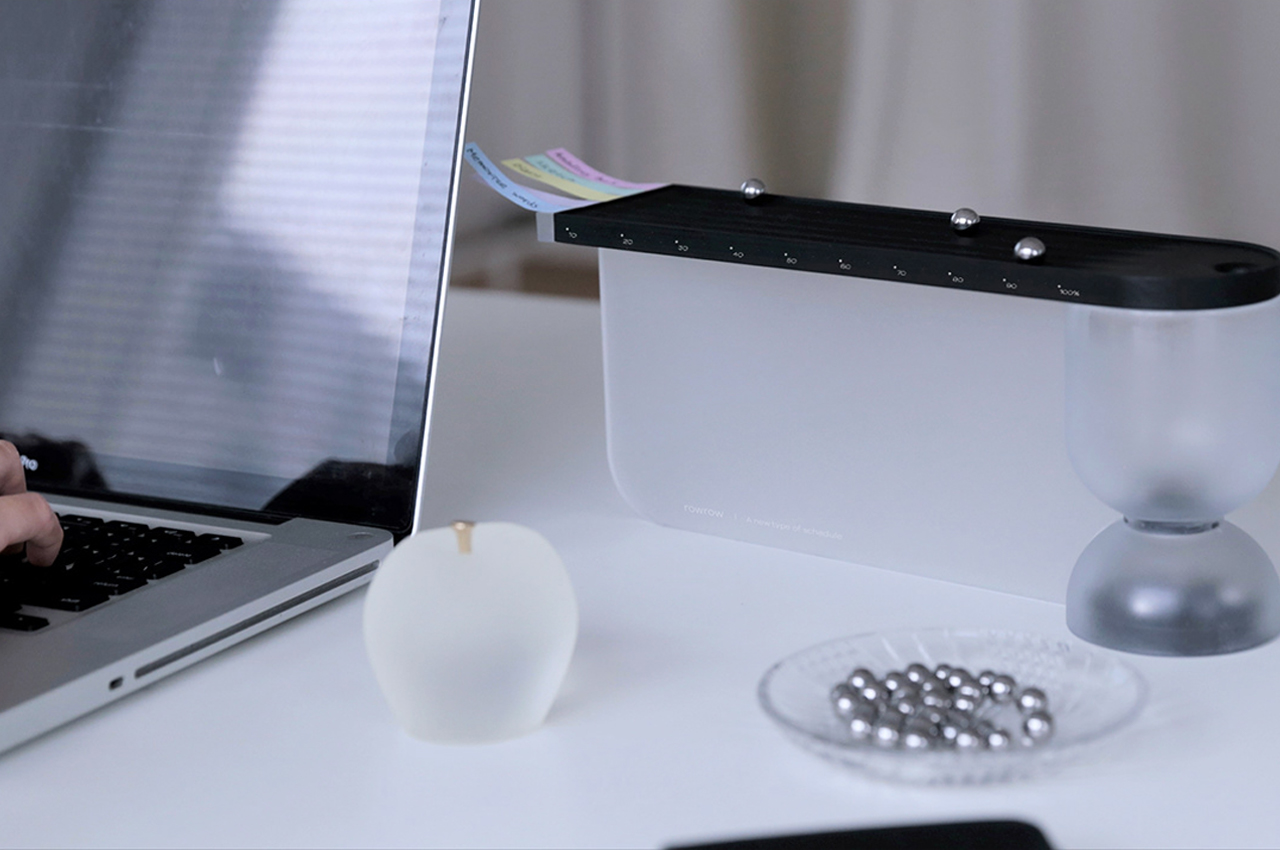 Storing all of the magnetic beads on a glass plate outside of the hourglass gives the desk a classic touch.

This tiny card-sized travel cutlery kit is both eco-friendly and incredibly classy!

Sure, your travel cutlery kit helps solve the plastic problem this planet is facing – but here’s the question. Is it actually designed to evoke…

Add a touch of color and flexible fun to you kitchen space with the COOK tap! The classical sense of the kitchen spring faucet is…

The Pomera is a Kindle for Writers

https://www.kickstarter.com/projects/2132003782/pomera-pocket-typewriter-with-e-ink Made to usher in a great writing experience in the digital age, the pomera is a pocket typewriter that combines the simplicity and ease-of-use…