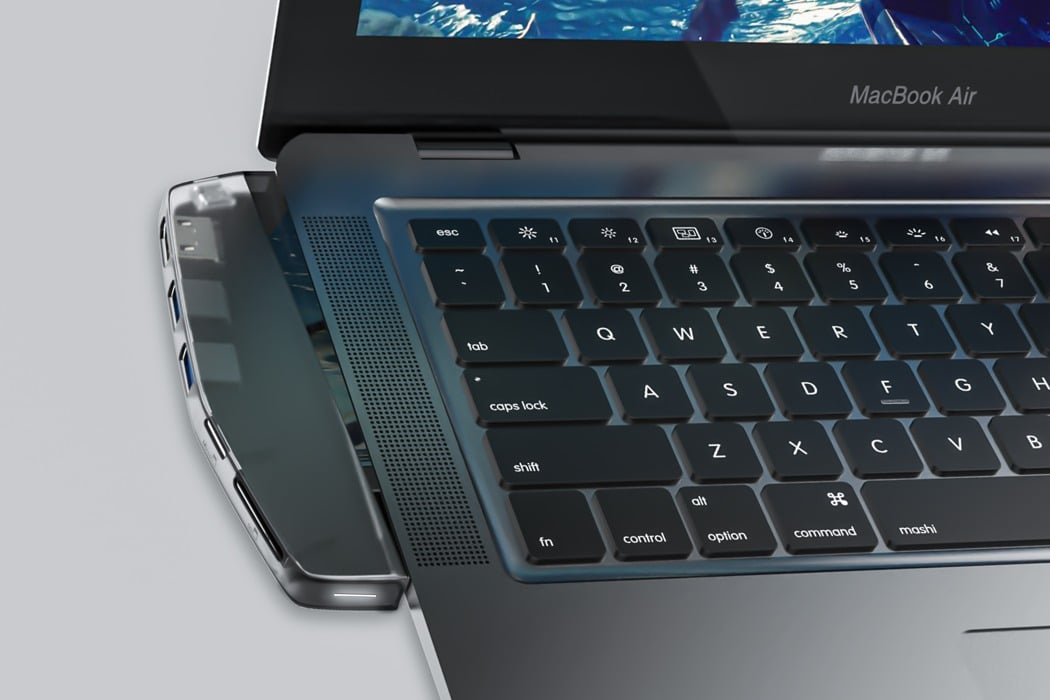 SSDs are pretty much becoming the future of storage! SSDs have shoved flash drives, thumb drives, clunky hard disks, and even expensive cloud storage into near extinction. An SSD provides everything they did, except it’s impressively faster, more compact, and convenient, and promises larger capacities. However, a typical SSD design doesn’t raise many eyebrows anymore, hence they’re getting more innovative, unique, and efficient by the day! From the world’s fastest external SSD that can transfer 4k movies in seconds to an SSD that uses fingerprint + face recognition to protect your data – we’ve curated a whole collection of groundbreaking and impressive SSD designs for you! 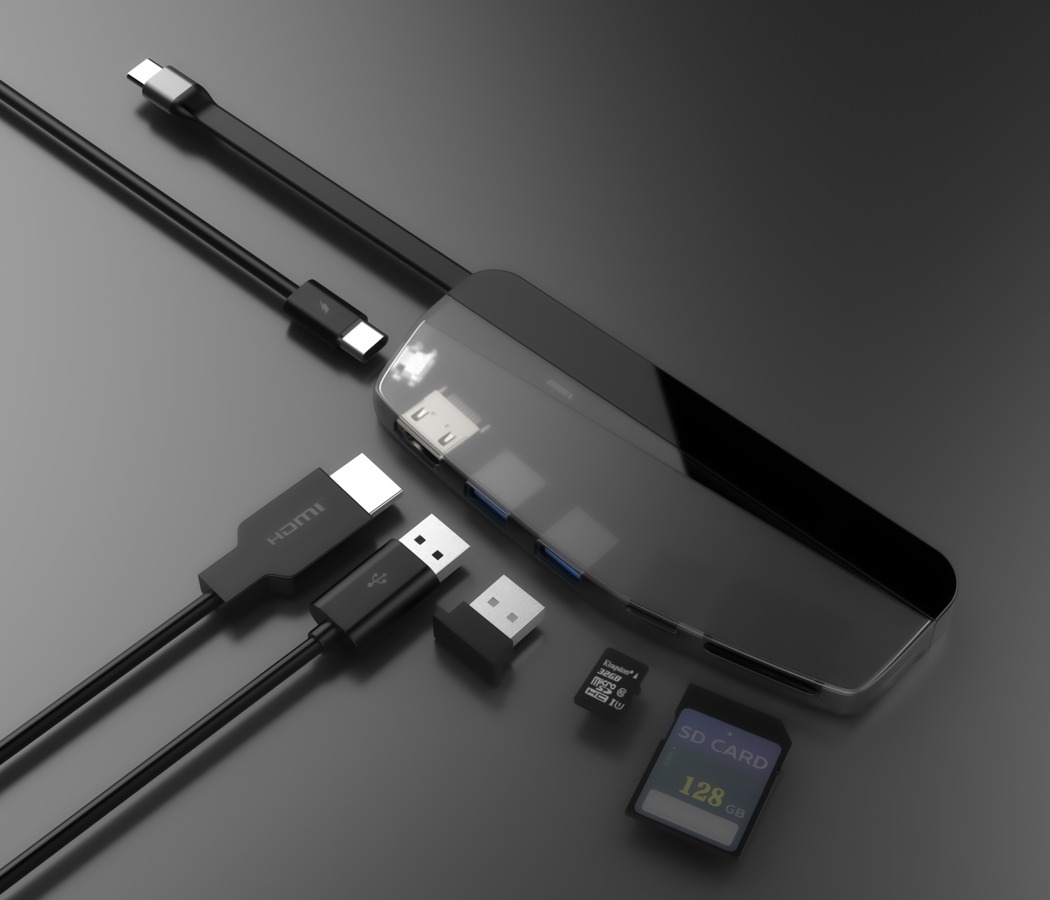 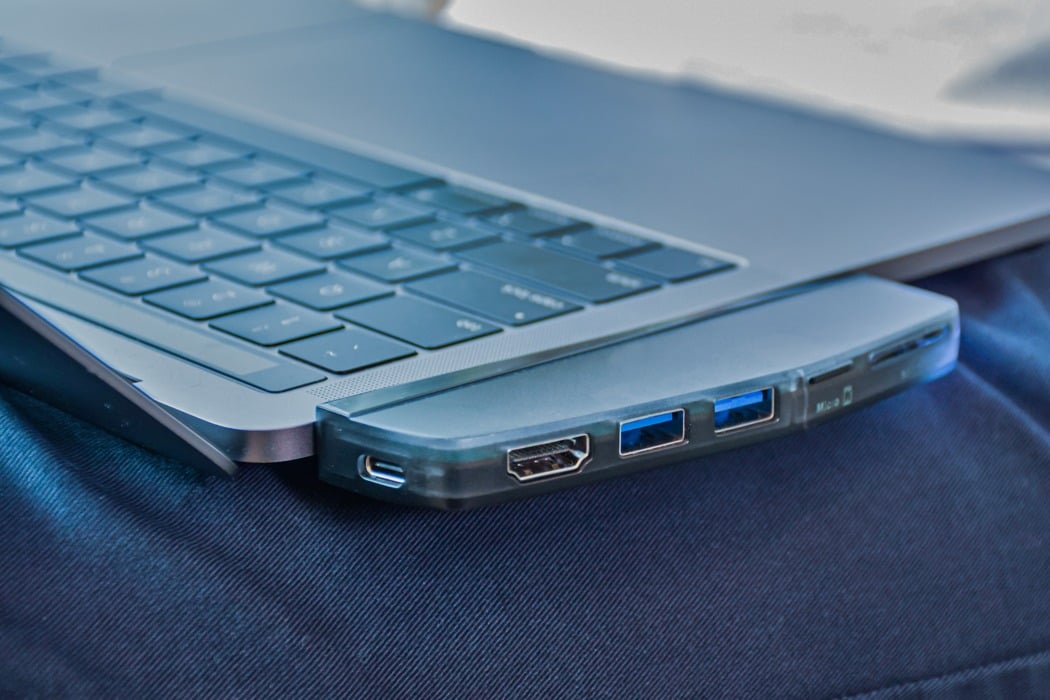 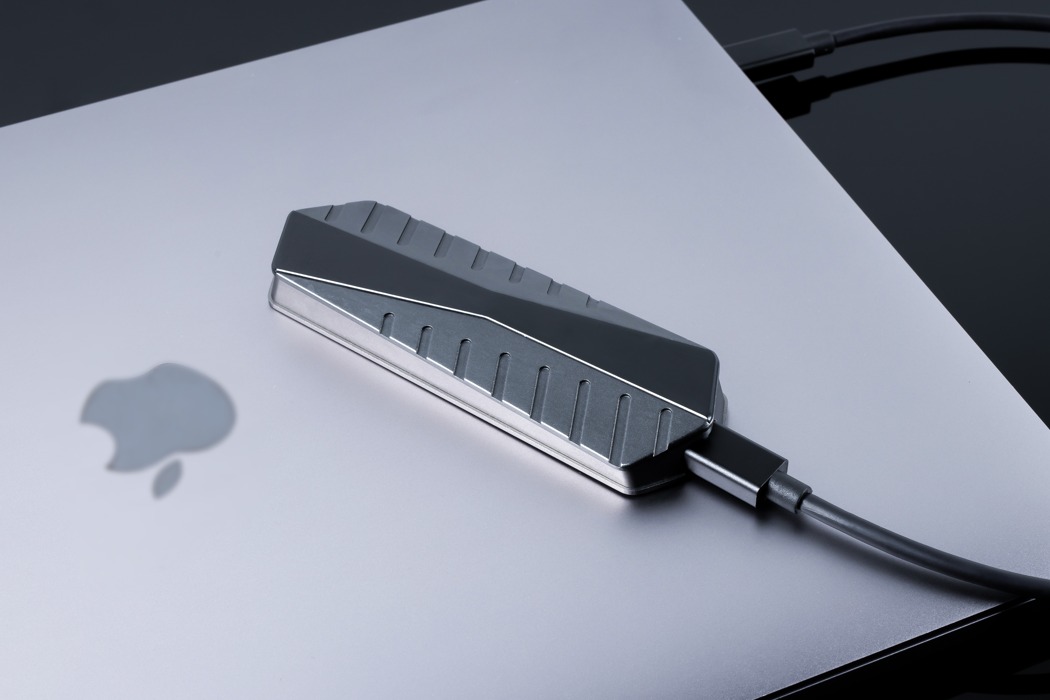 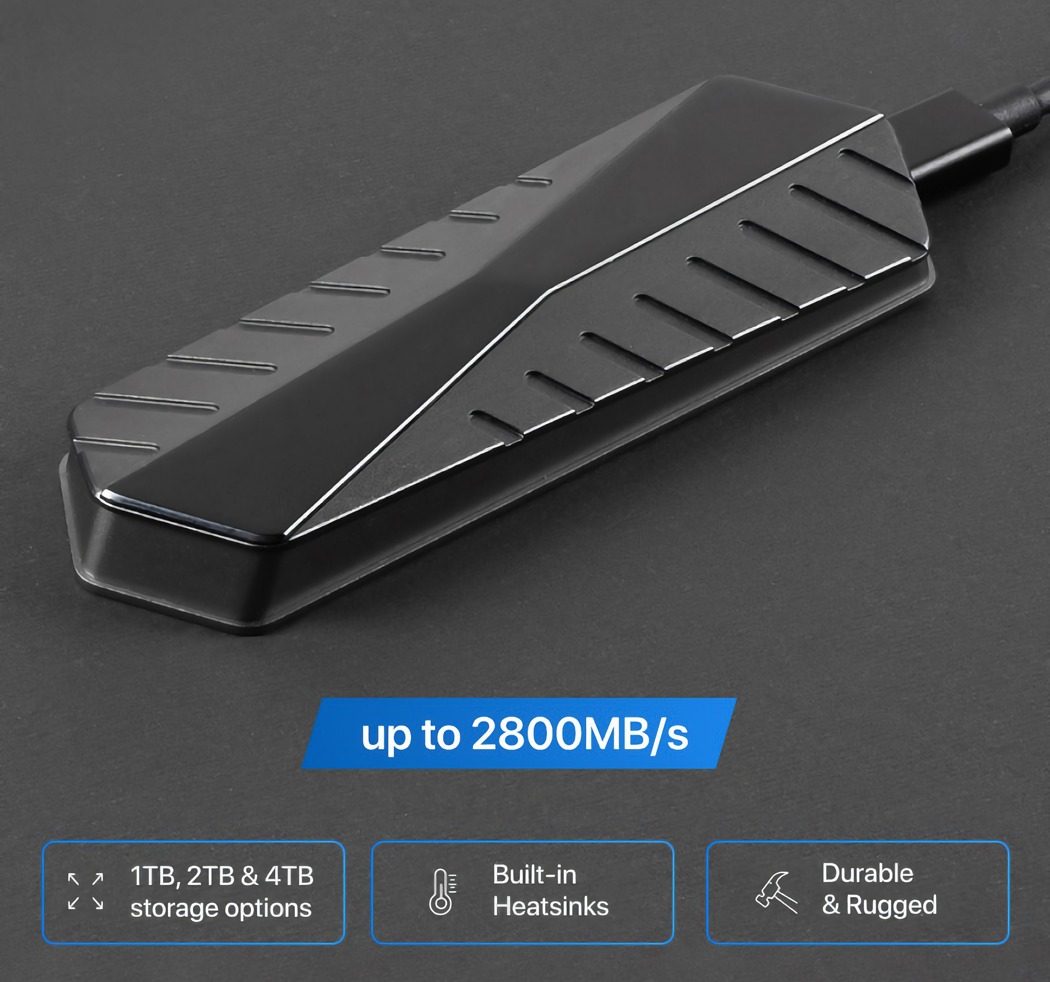 There’s a chance that it took longer for this webpage to load than it would take for GigaDrive to transfer a 4K movie. That’s sort of the power and the benefit that GigaDrive touts over other forms of storage. With Thunderbolt 4 and USB4, GigaDrive is so blazingly fast, it makes cloud storage bite the dust. And with 4TB of storage space on its ridiculously tiny SSD, GigaDrive lets you carry your data around with you, safe from subscription fees or ‘accidental’ hacks. About as large as the size of your thumb, GigaDrive quite literally puts the power of data in your hand. GigaDrive works with laptops and phones, as well as with tablets, cameras, and even gaming consoles. With read and write speeds as high as 2,800MB/s and 2,500MB/s, respectively, the GigaDrive claims the bragging rights of being the world’s fastest consumer-grade SSD. 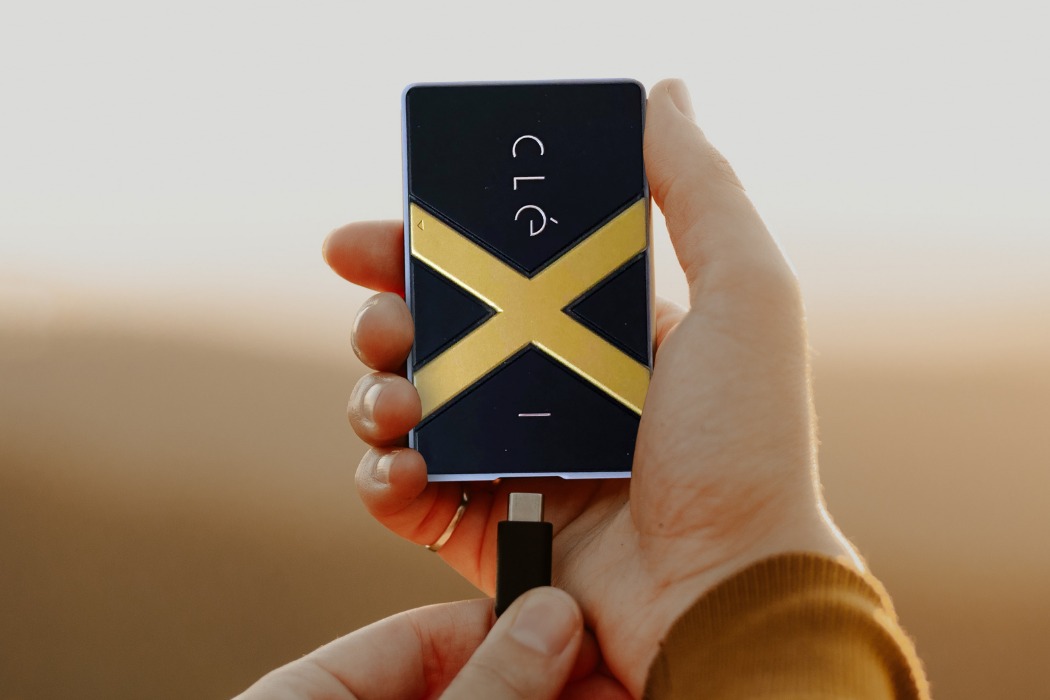 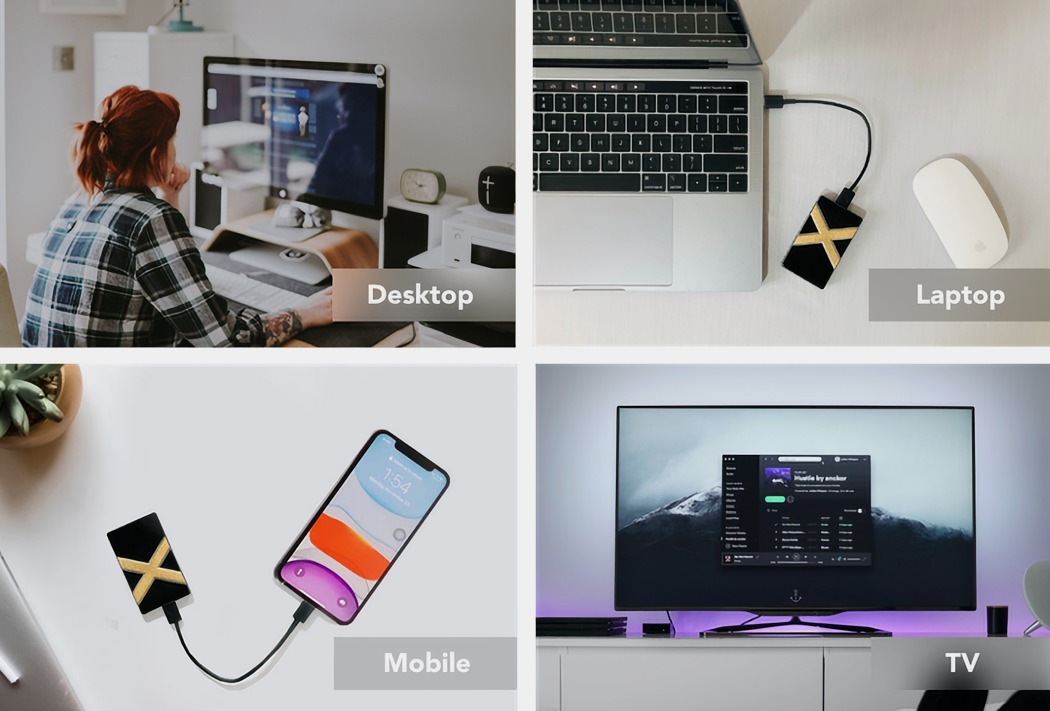 We’ve featured external SSDs on this website before, but the Cléxi is something completely new. Perhaps one of the first SSDs to take encryption and security incredibly seriously, Cléxi uses a 2-factor authentication system to grant you access to the drive’s data. Once enabled, the security measures require two steps to let you access your files. First, you need to tap your phone on the Cléxi, which then sends a prompt to your phone to scan your face. Once the Cléxi knows it’s you accessing your files, it automatically unlocks for you, protecting your data from being accessed or copied by anyone… and that’s just the first step in Cléxi’s multi-pronged approach to protect your files. The SSD comes along with a smartphone app that gives you access to a variety of features – the most important one being its Find My Cléxi, which sends you the location of your drive when someone steals it and tries to plug it into a computer. 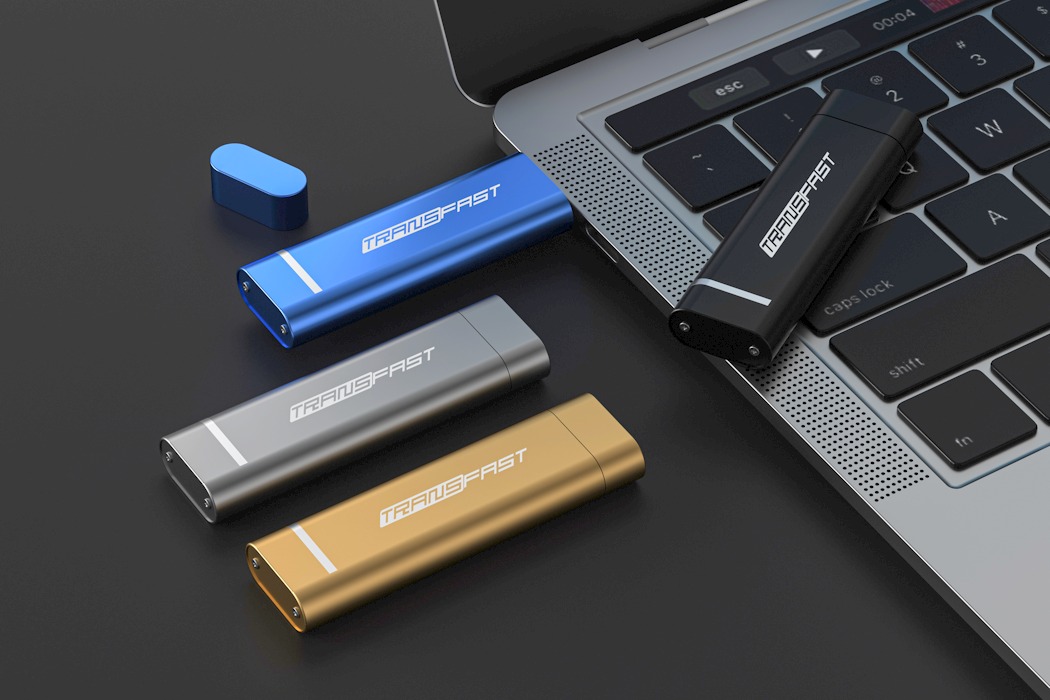 Let’s look into the TRANSFAST SSD. It’s roughly the size of a Bic lighter, but comes with a mind-numbing 2 Terabytes of storage, up to 550Mbps of read/write speed, and supports virtually every device you own, from your laptop and phone to your tablet, DSLR, and even your gaming console. The TRANSFAST measures a mere 73mm in length (2.8 inches) and weighs 24 grams (0.8oz). It sports a metal body that not only allows it to look sleek and compact but also doubles as a nifty heat sink, ensuring that the SSD remains cool during file transfers. A Type-C port allows you to rapidly transfer as well as read files from the SSD, making it perfect for everything from backups to using as a drive to store and edit heavy video footage. In fact, with its ability to read data at 550Mbps and write at 480Mbps, you could practically transfer a BluRay film in the time it took you to read this sentence. 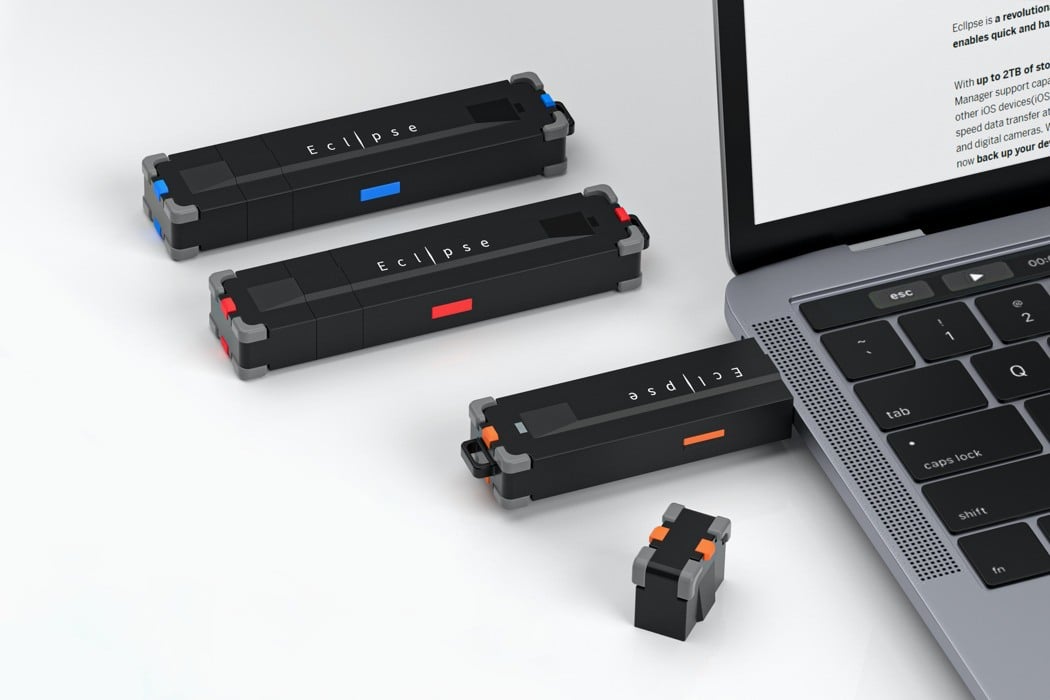 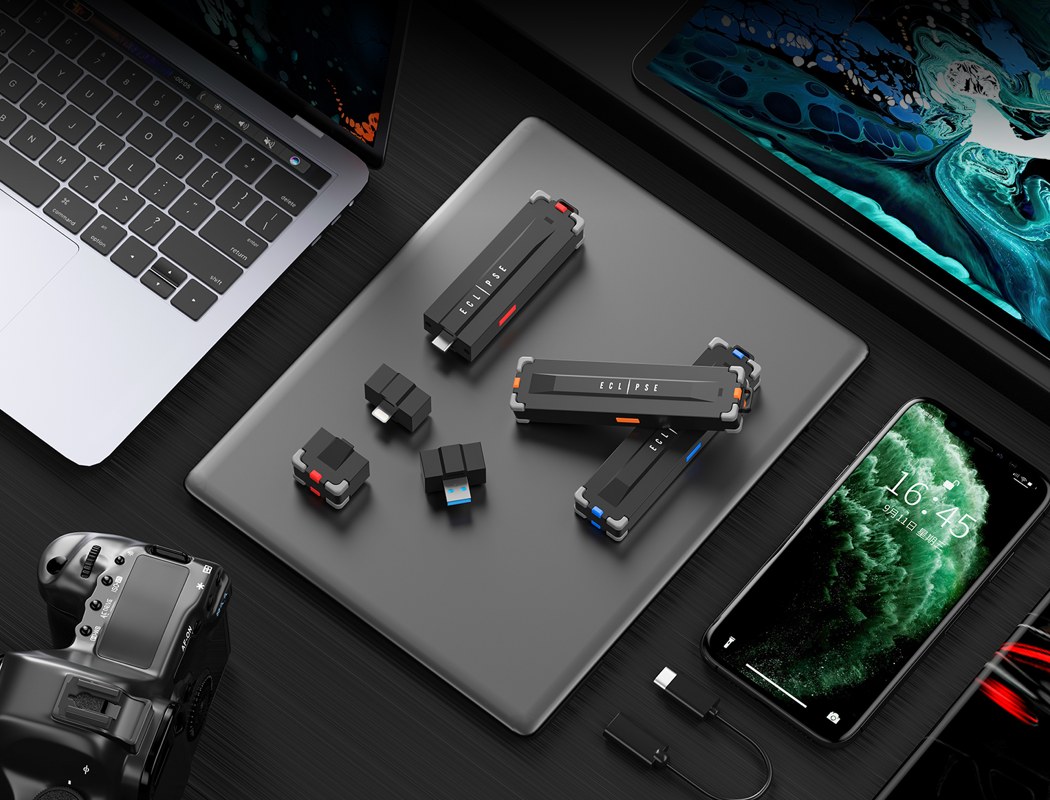 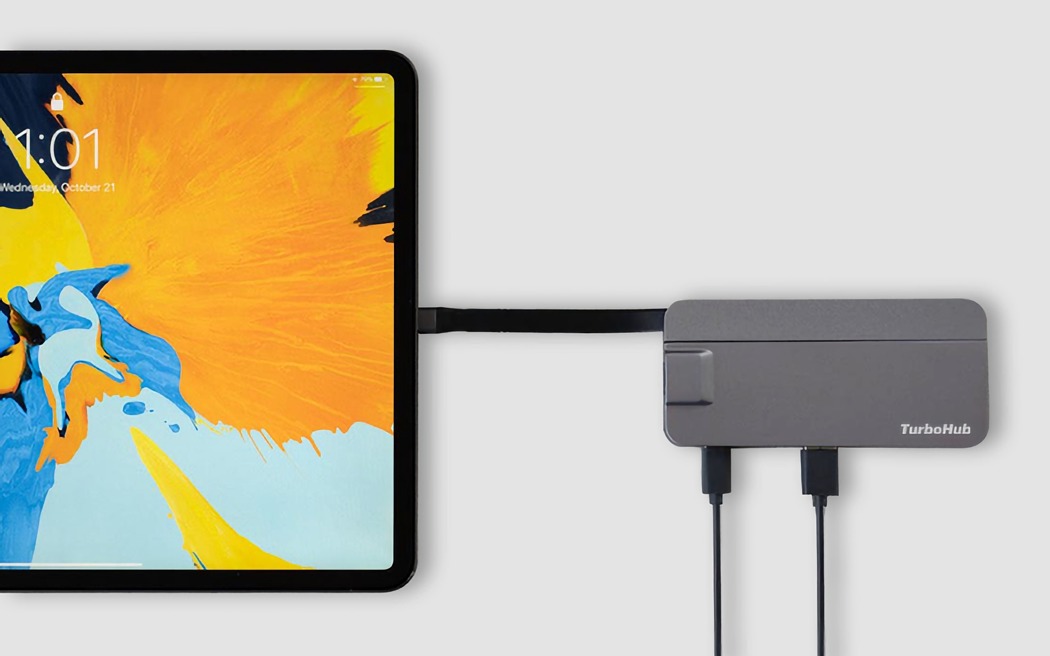 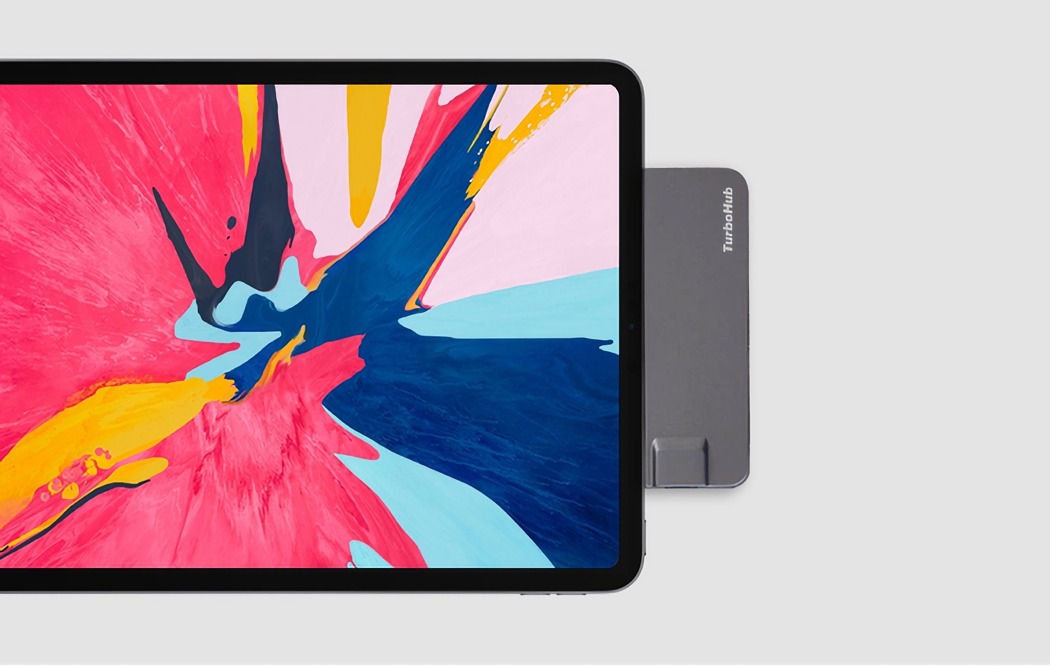 I try to think of products like the TurboHub as being the arc-reactor to Iron Man’s suit. Sure, the suit is incredibly powerful, it has everything it needs from missiles and thrusters to HUD displays and an intelligent AI assistant… but add a powerful arc-reactor to the mix and the suit becomes EVEN better, as a more powerful reactor supplies more energy to the rest of the suit. The TurboHub does sort of the same thing to your laptop. It’s essential hardware that adds more storage and more capabilities to your device. Plug a TurboHub in and not only do you get extra ports like HDMI, Ethernet, and Card-readers, but you get up to 4 terabytes of SSD storage too! 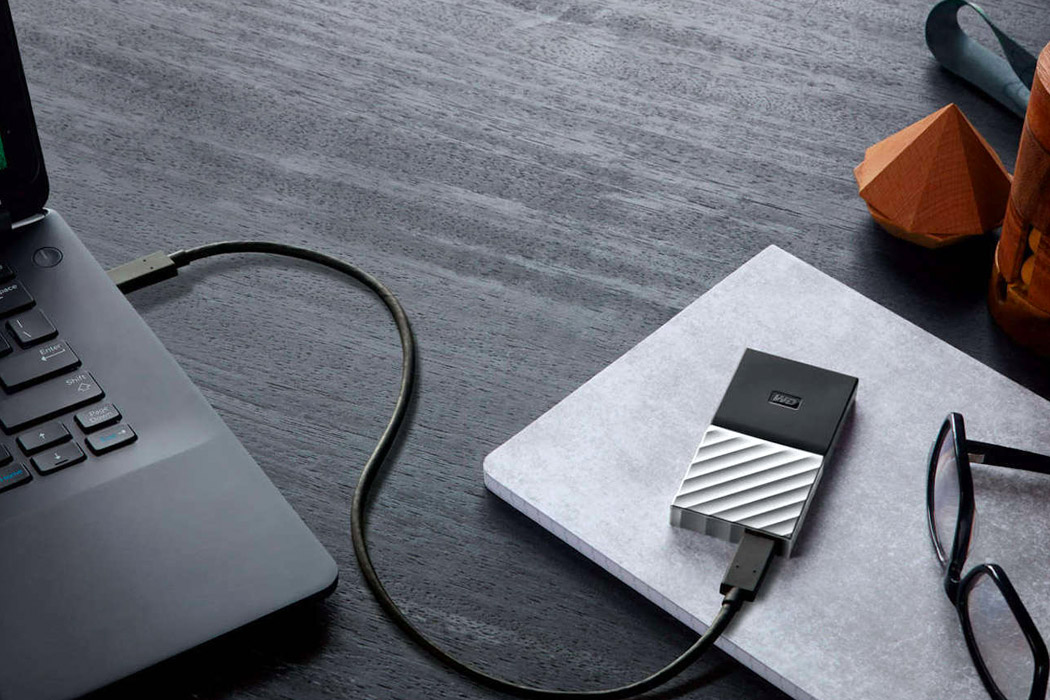 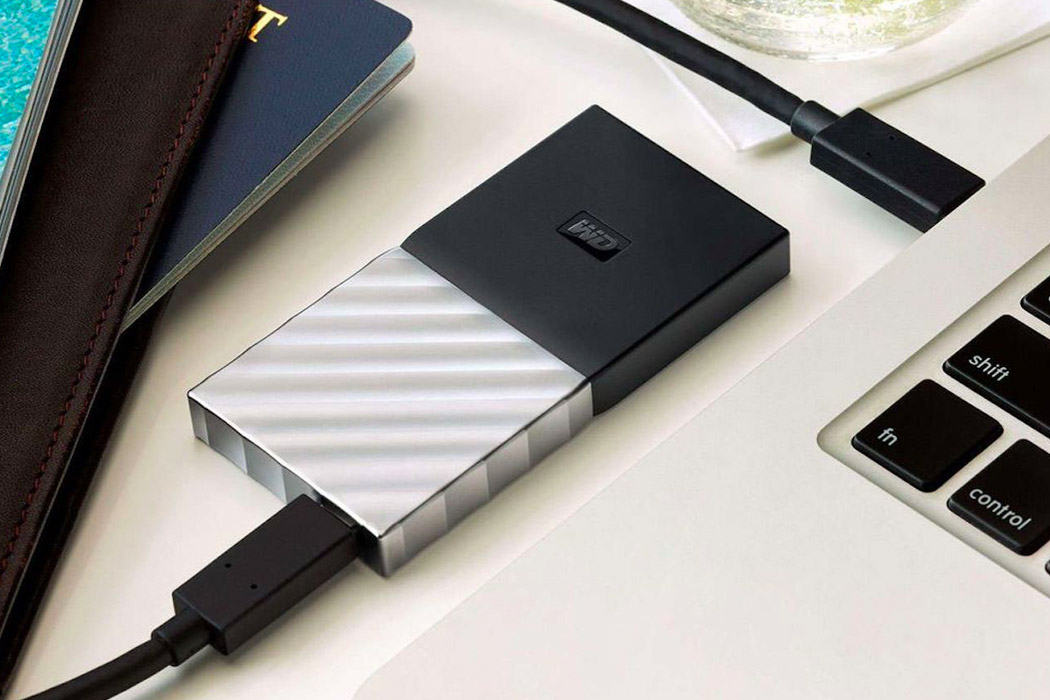 The WD My Passport Portable SSD is probably the easiest to carry and portable SSD I have seen! This tiny yet super handy device provides you with three storage options – 256 GB, 512 GB, and 1 TB. You can niftily tuck it into your laptop bag, and carry it almost anywhere with you. It can withstand your everyday routine, including drops up to 6.5 feet! It’s a tough SSD that you can plug into your laptop or desktop, and instantly back up all your precious data. 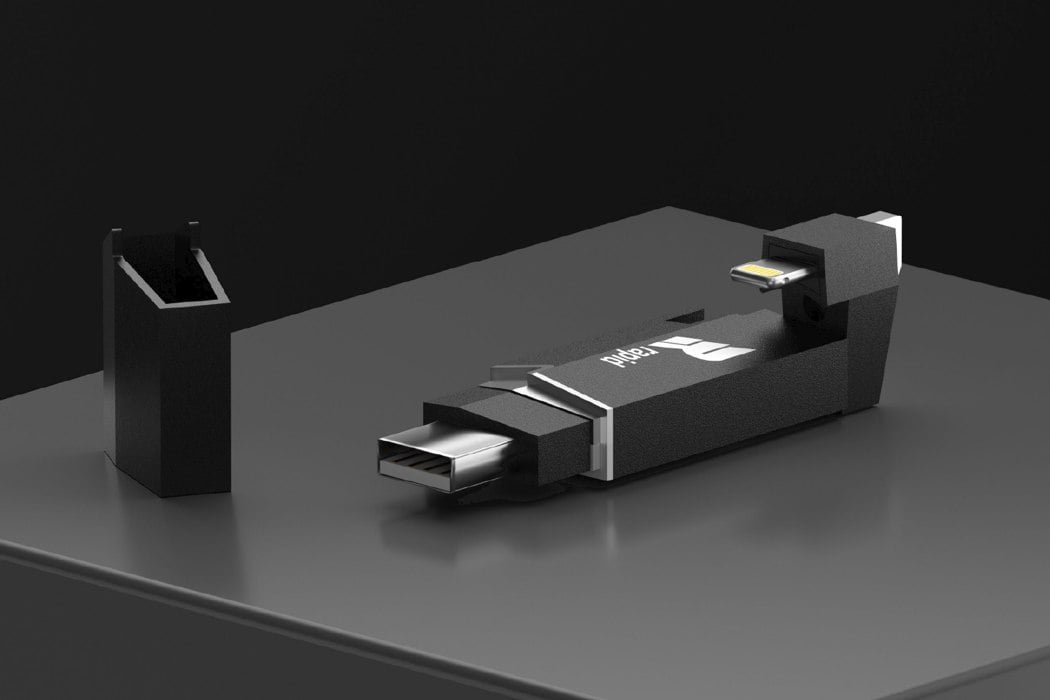 The Rapid SSD is named after its ability to rapidly transfer files. With read/write speeds of 550 MB/s, you could potentially transfer your entire phone’s camera roll in just about the same time it took you to read this sentence. Moreover, the drive lets you rapidly transfer data between devices, alternating between your iPhone and Windows laptop, or your iPad and your DSLR. The Rapid SSD is compatible with the iOS File Manager and it even supports Windows To Go, which means you can create and run Windows right out of the SSD by just plugging it into a monitor or projector and hooking up a keyboard and mouse. All this magic sits right inside the Rapid SSD’s durable, portable, universal design, and the second-best part is that you don’t need to access the internet to retrieve your files or worry about your files getting breached or hacked (because they’re on a local offline drive). 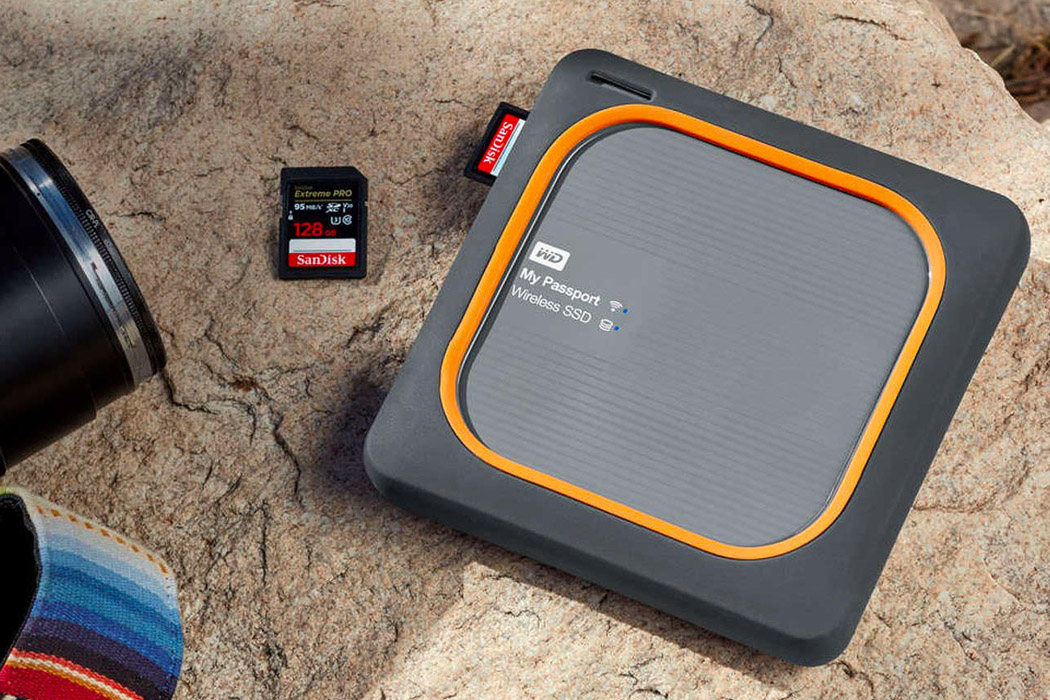 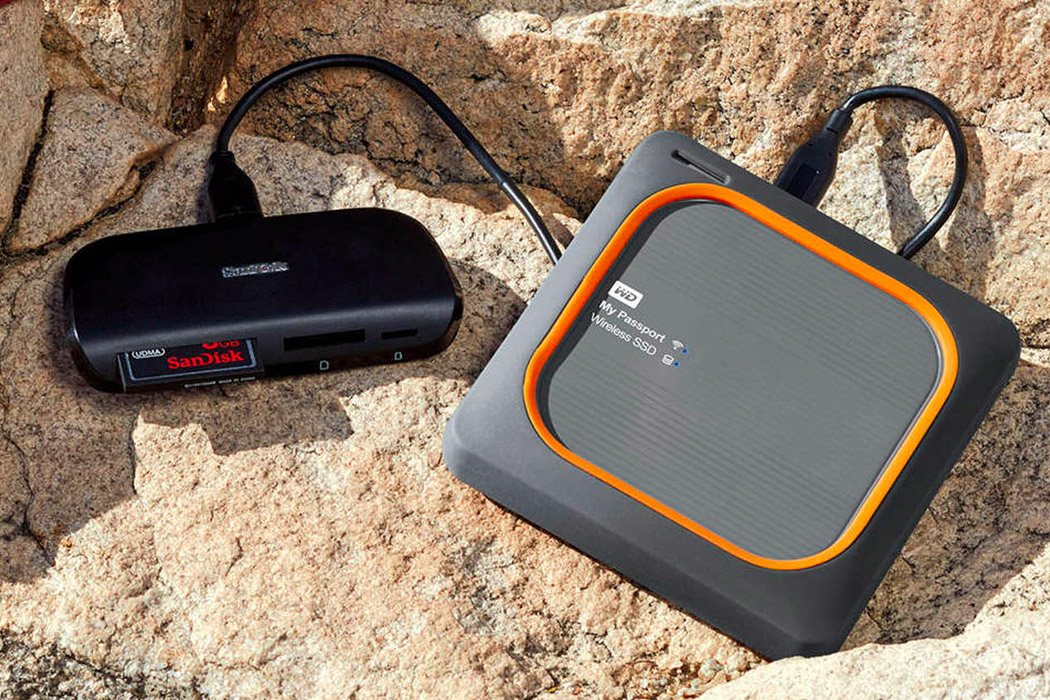 My Passport Wireless Shock-Resistant SSD is a rugged device you can use while on the road or on outdoor adventures! Offering 10 hours of battery life, you can use it to back up all your photos and videos, even when you have no tangible power source. It can import data from USB card readers as well, hence it comes in handy when you’re using an older DSLR. Once your data is backed up, you can stream media wirelessly from the SSD! Another interesting feature is its shockproof case, which makes it quite rough and tough, and easy to carry in the outdoors! 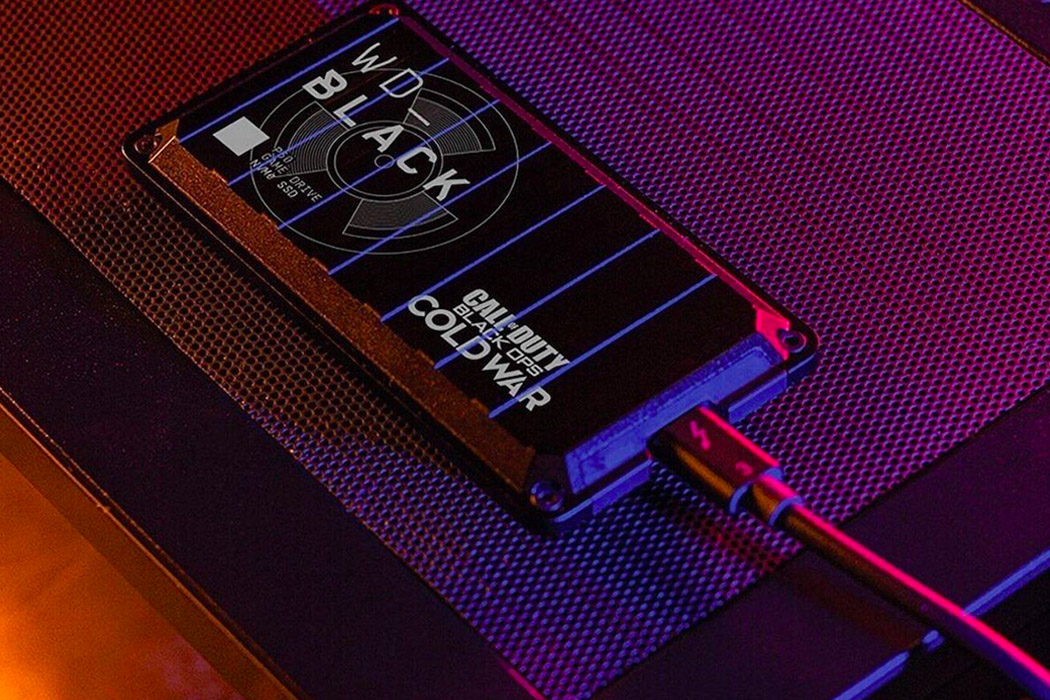 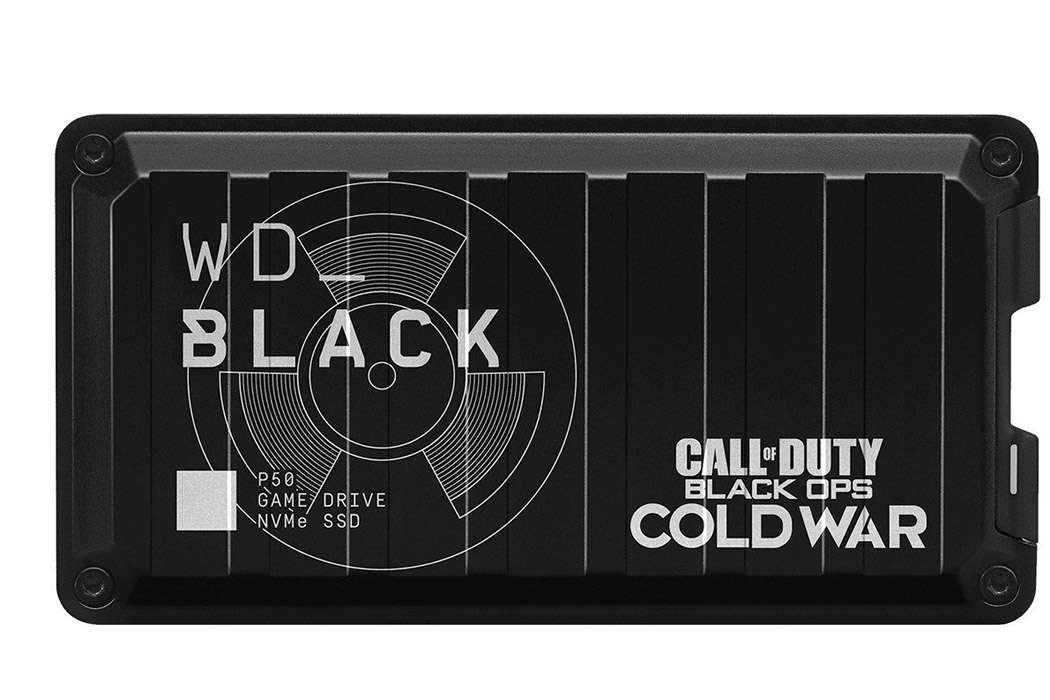 The Western Digital Call of Duty: Black Ops SSD has been specially designed for gamers and lets you store the whole Call Of Duty: Black Ops game file onto your PC, Xbox, or PS without having to delete any other game on your console. This is due to its one-terabyte capacity. It also reduces loading time by featuring speeds up to 2000 MB/s! This reduces lags and stutters, allowing you to eliminate your targets faster. This SSD is a must-have for gamers and COD lovers!

For more such innovative SSD designs, check out Part 1 and 2 of this post!

This foldable strainer turns into a majestic peacock when not in use!

Sukwoo Lee’s strainer/colander possesses a quality that elevates and anthropomorphizes it to something beautiful that you’d surely not want to stash in your kitchen drawer….

The Dedalo table is the latest piece from Formabilio that combines innovative design, elegance and geometric functionality. A simplistic reverse-bevel top is matched with an…

There’s no shortage of fan-made Apple product concepts. The Apple Watch has seen its fair share of makeovers too. Adrian Berr however, wants to make…

A Personal Trainer on Your Wrist

Current fitness bands are limited to tracking your heart rate, steps and maybe your swim strokes if you get a fancy one. They offer a…