In 2019, the need for sustainability, recycling, and eco-friendly products has reached an all-time high. With the advanced technology that is available nowadays, letting your carbon print run amok is simply not an option anymore. And it seems like Coca-Cola has decided to hop onto the wagon as well! In 2018, a Greenpeace report showed that Coca-Cola was found to be the world’s largest corporate plastic polluter. The report consisted of a survey of 239 cleanups in 42 countries, across six continents. The clean-up lead to more than 180,000 pieces of plastic being collected. Coca-Cola along with Nestle and PepsiCo were the perpetrators that accounted for 14% of the (branded) waste items.

Thankfully, it seems like such a revelation was a wakeup call for Coca-Cola! Coca-Cola has unveiled its first-ever prototype bottle made from previously unusable and low-quality marine waste plastic, which was recovered and recycled. Coca-Cola has deemed this technology “breakthrough”. The company in collaboration with Ioniqa Technologies, Indorama Ventures, and Mares Circulares has created a batch of 300 sample bottles, consisting of 25% recycled ocean plastic. This plastic waste was collected by volunteers from 84 beaches in Spain and Portugal, and by trawlers in the Mediterranean, through the Mares Circulares initiative. Coca-Cola claims “[It] is the first successful attempt to incorporate ocean plastics in food and drink packaging.” This impressive process is called ‘depolymerization’. Before depolymerization, colored and low quality plastic could not be recycled. But this process of ‘enhanced recycling’ “breaks down the components of plastic and strip out impurities in lower-grade recyclables so they can be rebuilt as good as new”. Coca-Cola explains, “This means that lower-grade plastics that were often destined for incineration or landfill can now be given a new life. It also means more materials are available to make recycled content, reducing the amount of virgin PET needed from fossil fuels, and resulting in a lower carbon footprint.”

“Enhanced recycling technologies are enormously exciting, not just for us but for industry and society at large,” said Bruno van Gompel, technical and supply chain director of Coca-Cola’s Western Europe division. “They accelerate the prospect of a closed-loop economy for plastic, which is why we are investing behind them. As these begin to scale, we will see all kinds of used plastics returned, as good as new, not just once but again and again, diverting waste streams from incineration and landfill. “Coca-Cola has big huge plans for their latest breakthrough. From 2020, the company plans to introduce this enhanced recycled material in some of its bottles. Across Western Europe, Coca Cola plans to integrate 100% recycled marine plastic in all it’s bottles, whereas in Great Britain they are aiming to reach 50% by next year.

Taking heed from their previous careless behavior when it comes to the environment, Coca-Cola seems adamant to leave their mark in the field of sustainability and recycling, and we cannot help but commend their efforts! 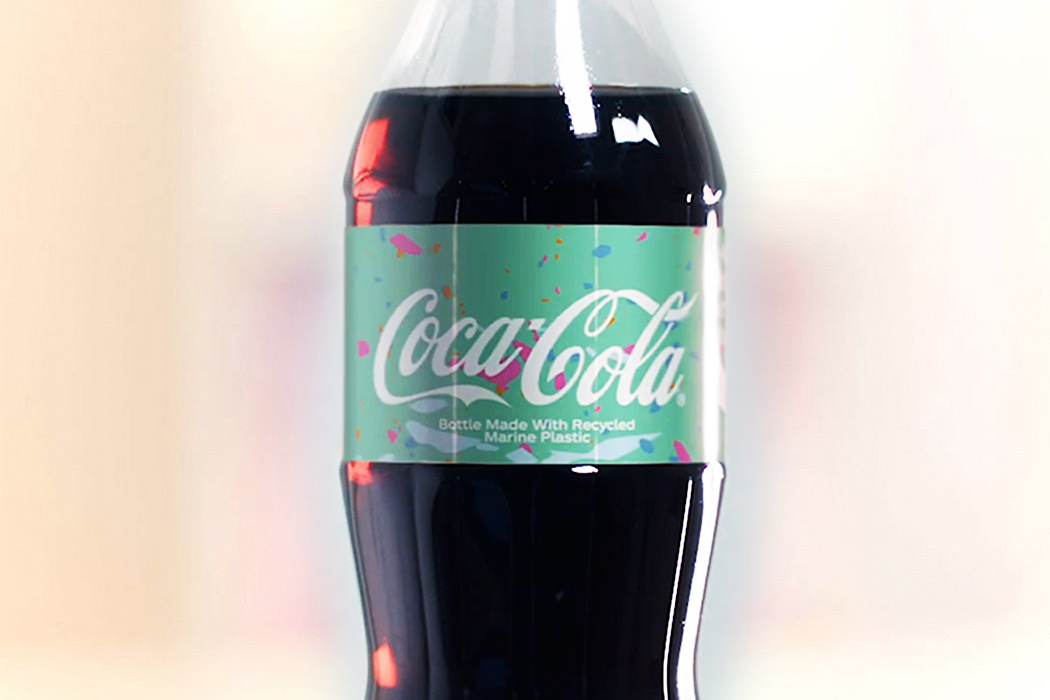 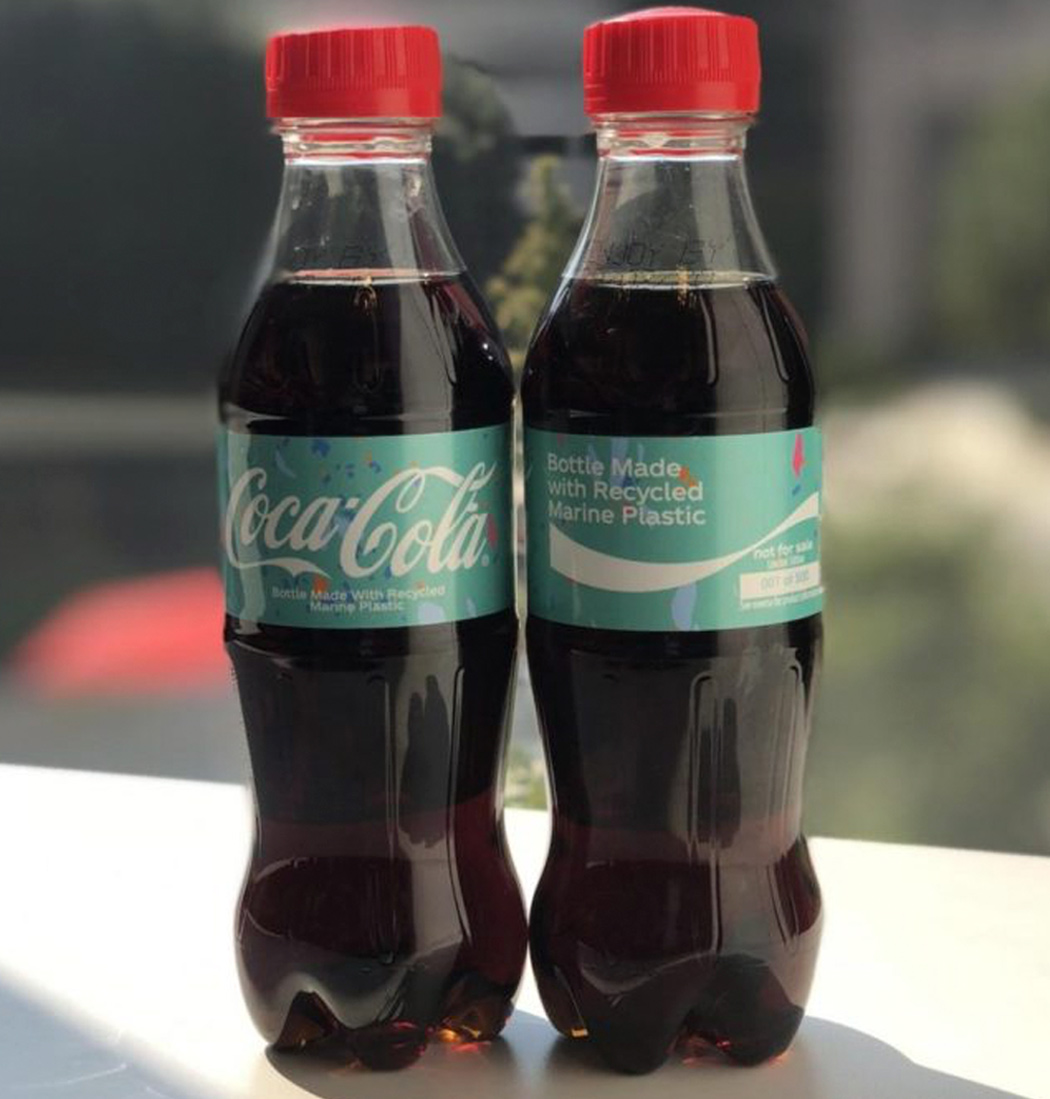 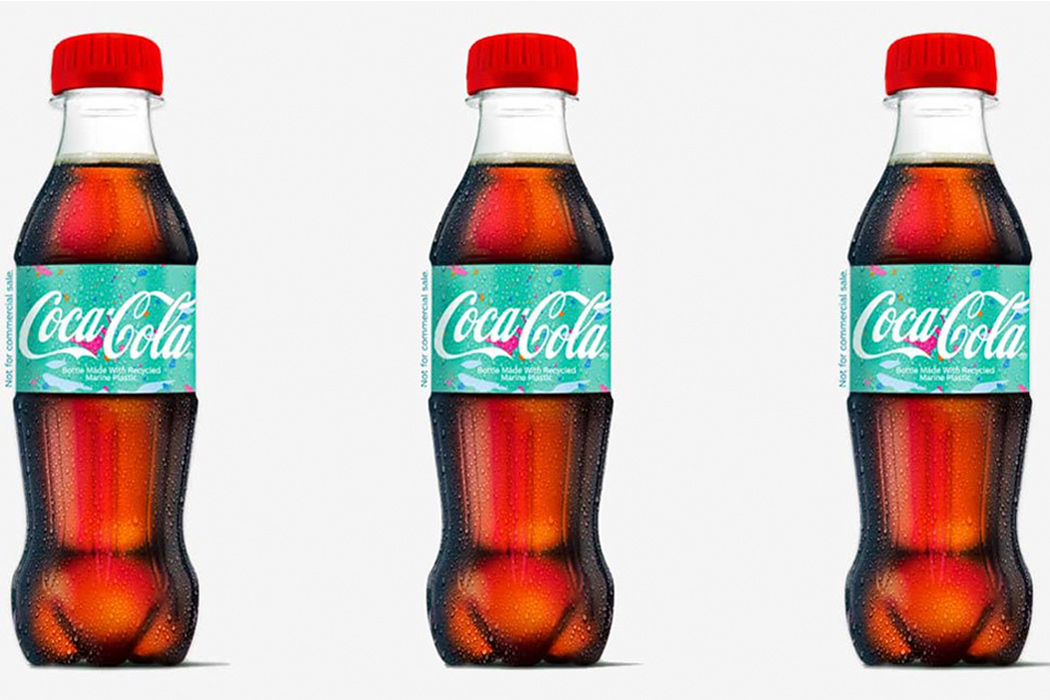 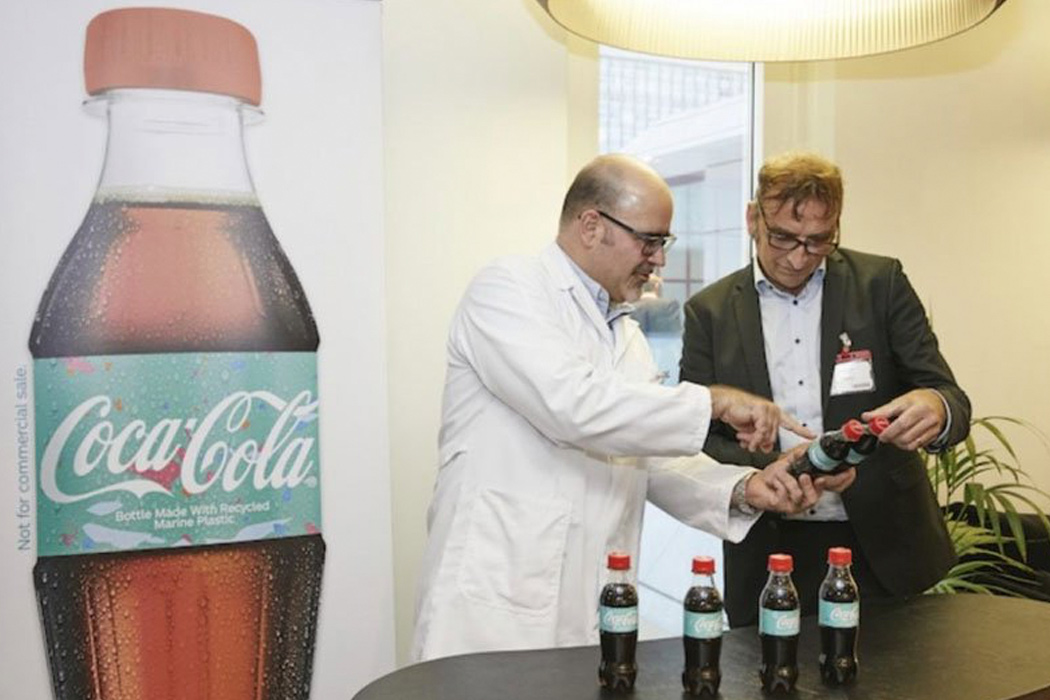 Inspiration can come from the most unexpected places. For designer Hoang Nguyen, it came from Orwell’s “1984”. He noticed similarities with modern social networking. Abstractly,…

Industrial Elegance at Its Best

The Robert stool’s uses robust tubular steel in contrast with thin hand-carved wood to create an aesthetic that is at once industrial and elegant. The…