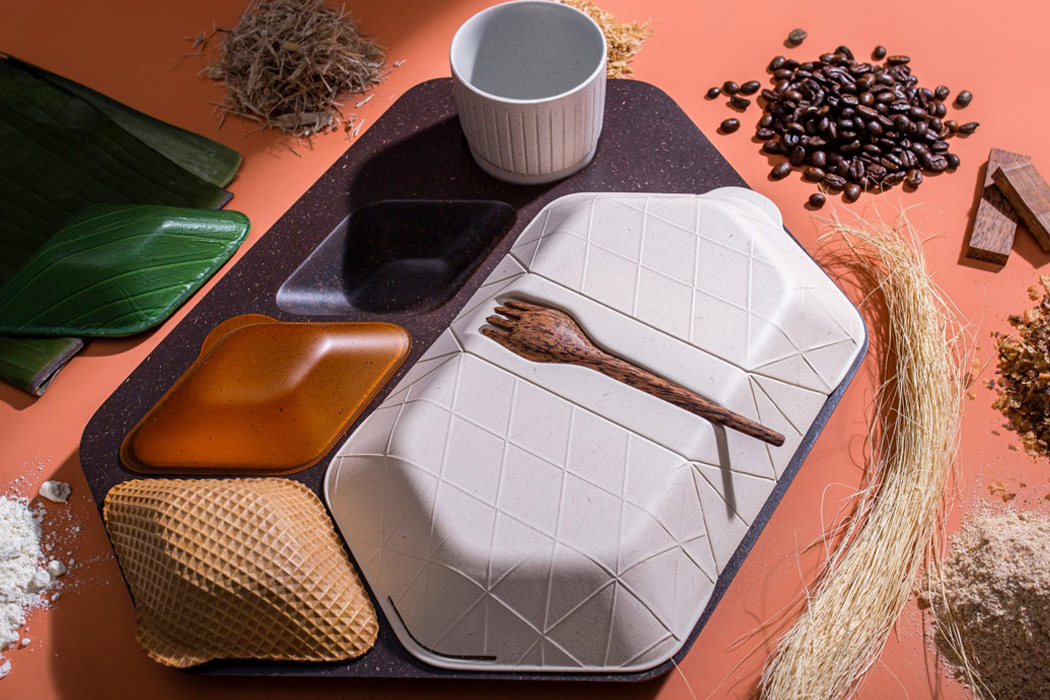 Travel is deeply integrated into all our lives. Whatever may be the purpose (business or pleasure), we do tend to find ourselves on flight journeys. Irrespective of whether it is a 9-hour long international flight or maybe an hour-long domestic one, what remains constant is the amount of in-flight waste that is generated. Each year almost 5.7 million tonnes of cabin waste is estimated to be generated on passenger flights, ranging from single-use plastic to earphones, food waste and amenity kits.

Leading travel and transport design studio PriestmanGoode decided to take matters into their own hands. For the past 20 years, they have been at the forefront of aviation design, working with the world’s leading airlines and aircraft manufacturers. Jo Rowan, Associate Strategy Director at PriestmanGoode says “Design is about using creative thinking and problem solving to look at how we can make things better, how to minimize resources and waste, and how we can encourage change in consumer behavior.” And hence came about their brainchild; a line of eco-friendly and sustainable in-flights product as a part of their new exhibition at London’s Design Museum called ‘Get Onboard: Reduce. Reuse. Rethink’. It’s also worth mentioning the entire collection has a pretty minimalistic and aesthetically pleasing appeal! 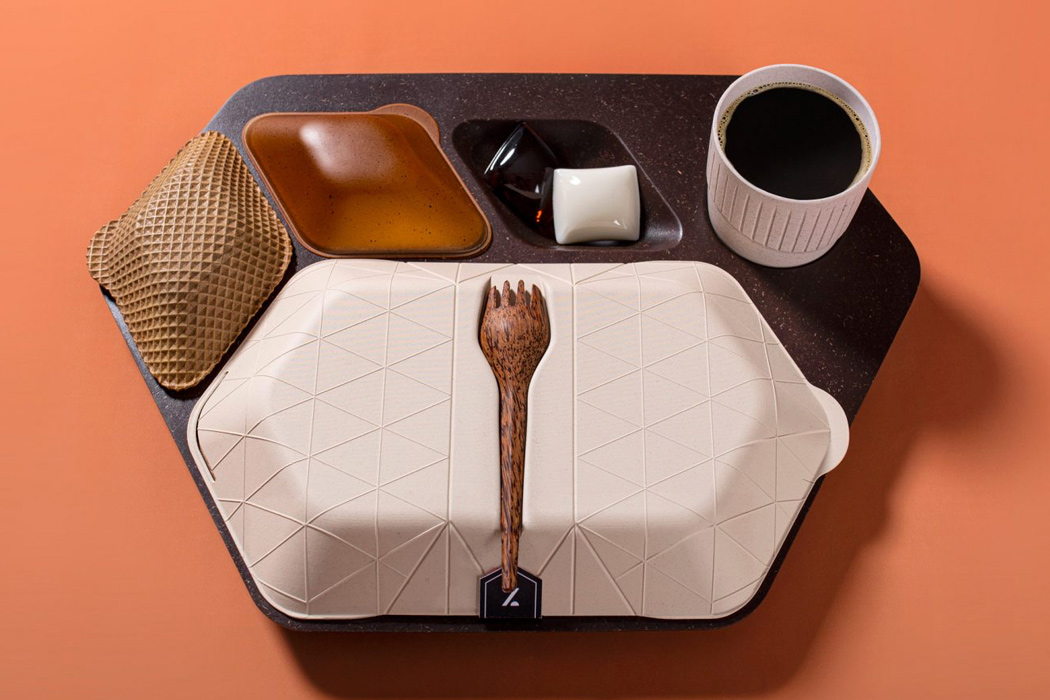 Their green inflight meal service has completely transformed the conventional meal tray we are so used to receiving on a flight. “We’ve used a wide range of materials for our design concepts,” says Rowan. And they’ve kept their word. Each element is either partially edible, reusable, soluble or biodegradable. They’ve ditched plastic meal trays for partially edible ones made from coffee grains and husks mixed with a lignin binder. The miscellaneous food containers that fit into the tray have been made from wheat bran. Banana leaf or algae have been combined with rice husk to create lids for side dishes like salad. Whereas a wafer has been used as a dessert lid, hence the materials symbolically reflect the food. Instead of having several pieces of single-use cutlery, the handy ‘spork’- a combination of a fork and spoon- made from coconut wood has been adopted. The usual plastic containers for milk or sauces have been abandoned in exchange for edible pods created from soluble seaweed. 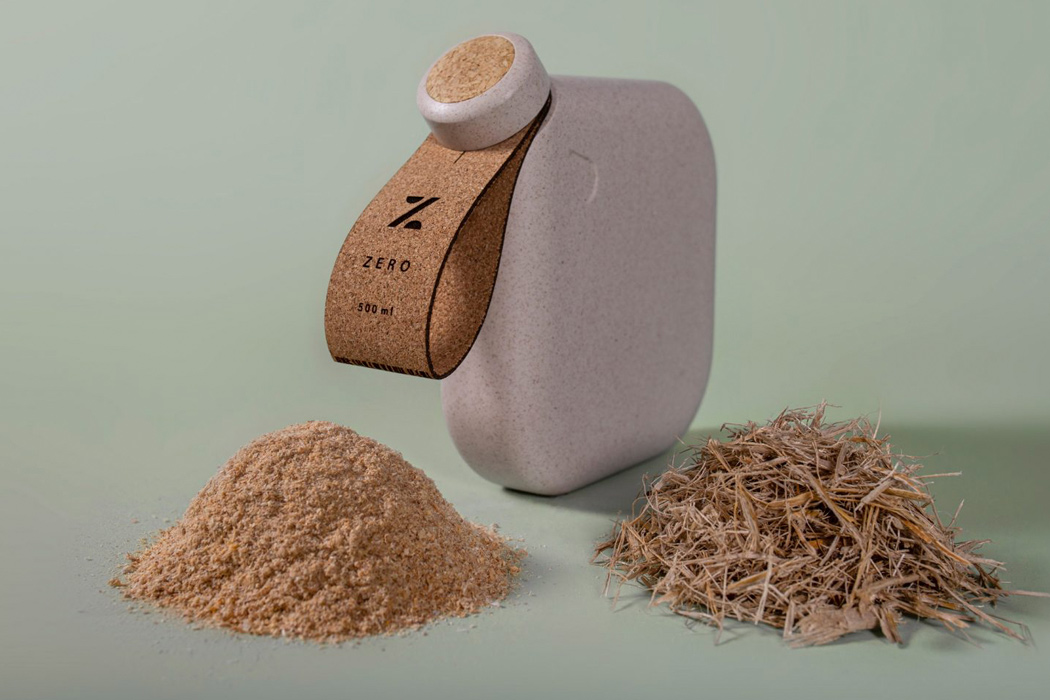 PriestmanGoode went one step further and came up with an alternative to plastic water bottles! They designed water flasks made from cork and compostable bioplastic. The reusable bottle can be used on a short term basis, such as the duration of your vacation! It can also comfortably fit in the front seat pocket of a plane. According to them “the idea was to address the impulse buy at airports, and create a bottle that once used, can be commercially composted.” 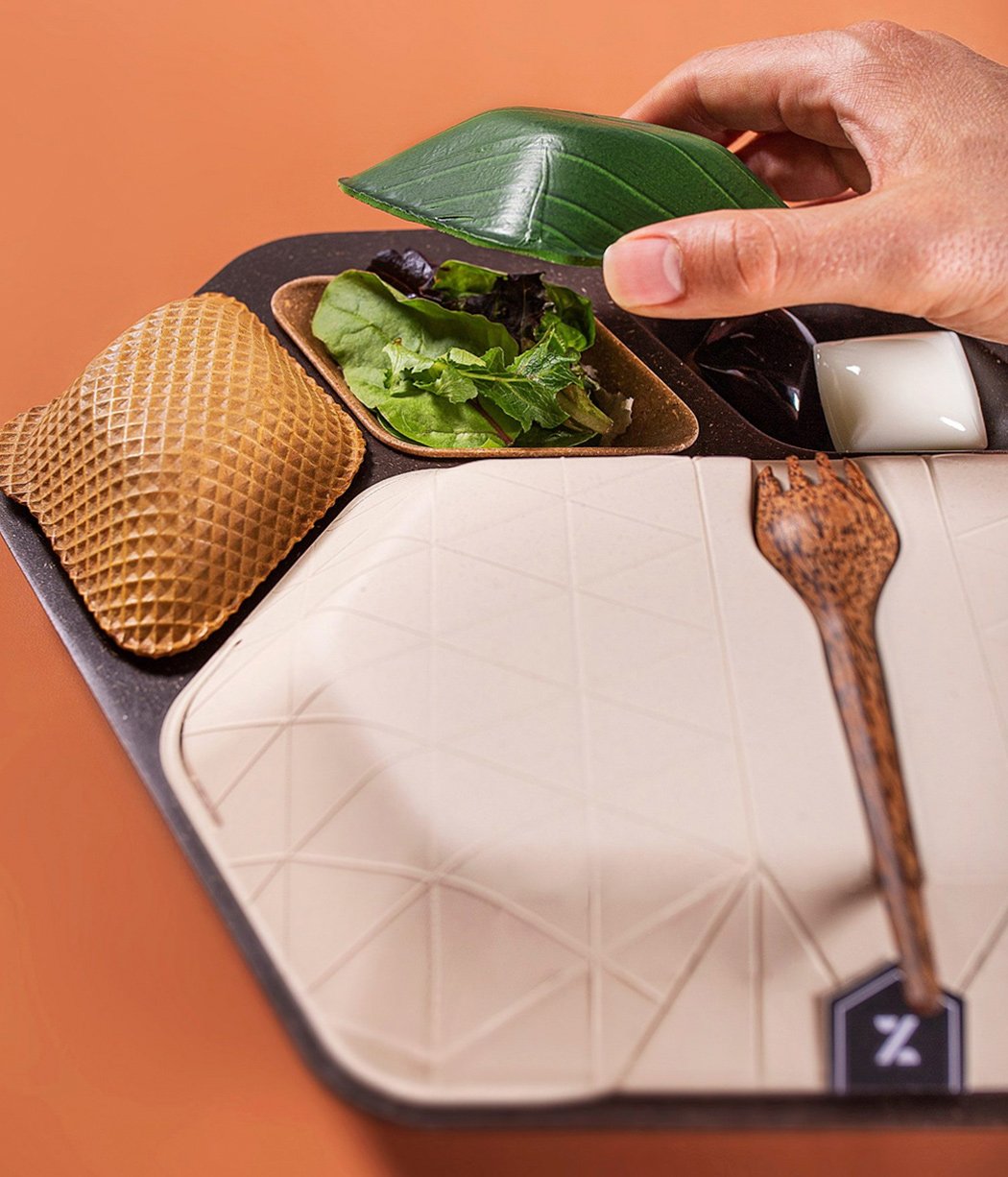 As an over-enthusiastic traveler myself, I’ve never really considered the extent to which my/our traveling patterns could be affecting the Earth. I think in today’s day and age the concept of being ‘a responsible traveler’ is gaining immense momentum. Though PriestmanGoode’s latest initiative is still a concept, their dream is to have these sustainable, partially edible meal trays (not to forget the cute canteen-style water flasks) being handed out to us! 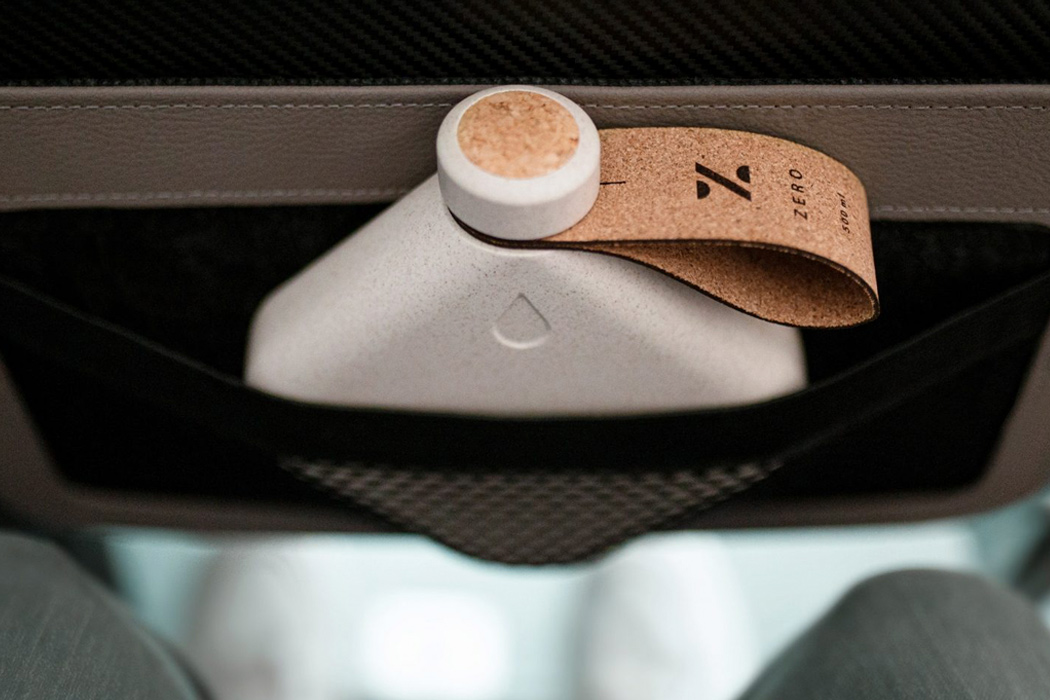 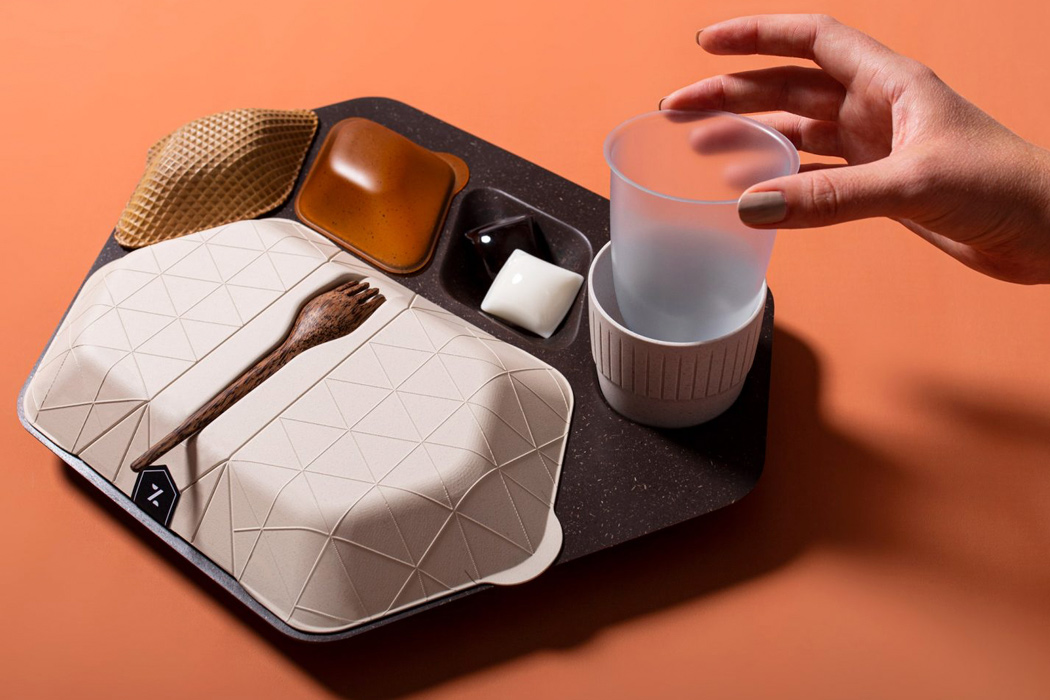 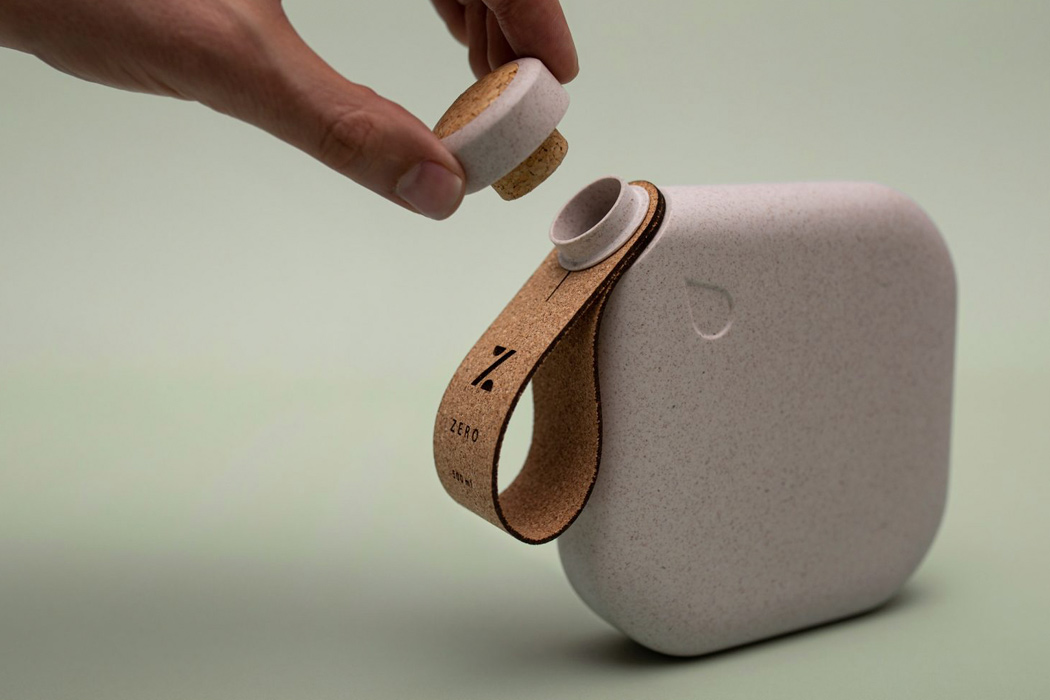 Not Your Mother’s Wicker

This Kettle is a Keeper

As simple as a kettle’s functionality is, the market is surprisingly saturated with overly-designed products. It’s like every manufacturer got together and decided that everyone…