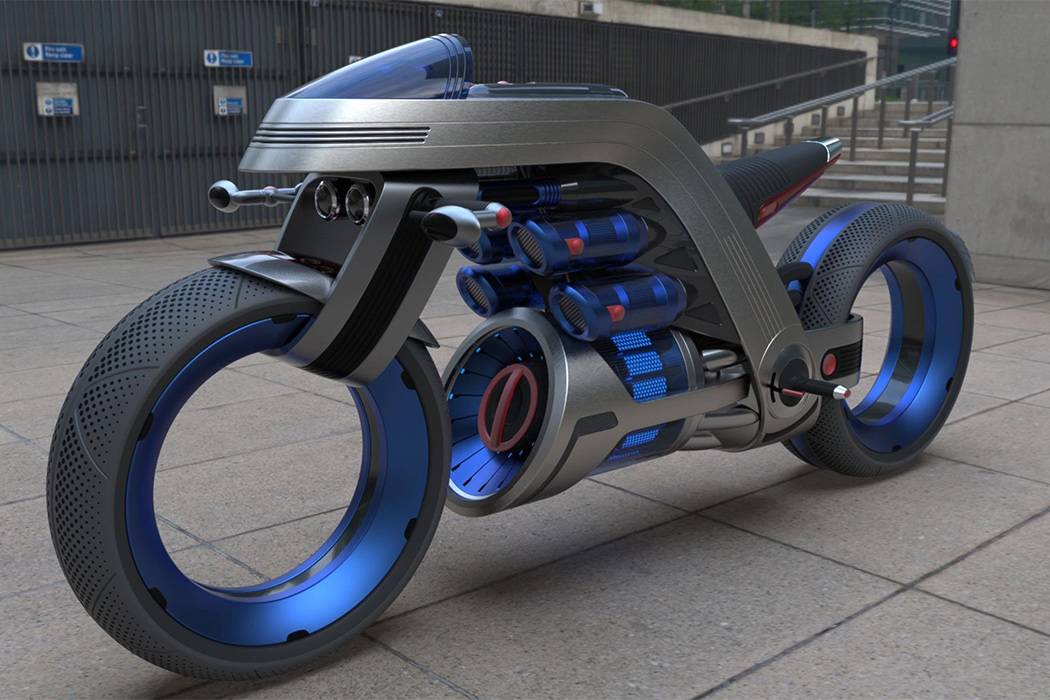 It’s been almost 10 years since James Dyson’s consumer electronics company first introduced its bladeless fan! Known as the Dyson Air Multiplier, it shook up the tech world with its unusual characteristic: it did not have any visible blades. The impact felt by this innovation is being felt even today, as seen in Saharudin Busri’s Dyson Inspired Concept Motorcycle. Though it is still a concept, it did incite a tangible excitement when we first got a glimpse of the design! Mimicking Dyson’s bladeless fan, Busri decided to remove the spokes of the wheel from his bike, leaving the center of the wheel completely hollow. An added homage to Dyson would be the fact that the engine is also inspired by the aesthetics of the motor we see in most of their vacuum cleaners such as the latest V11 model.

A flowing strip of metal makes up the fairing of the bike, extending till the engine space to give it a sleek and cohesive look. Blue, silver, and red were the designer’s colors of choice, with hues of black and three slim lines forming the headlight, giving us a Tron- inspired feeling. The brake light is interesting as it gives the impression of a floating design. The tire treads consist of an unconventional dotted pattern. The result is a lean, mean machine that has all the aesthetics of a designer we adore and the futuristic appeal we crave. Though the seat does look a little uncomfortable, we must admire the fact that what started off as a mere sketch, was converted into this gorgeous render that has us amazed that someday, hopefully, we get to see this as a fully functioning motorbike! 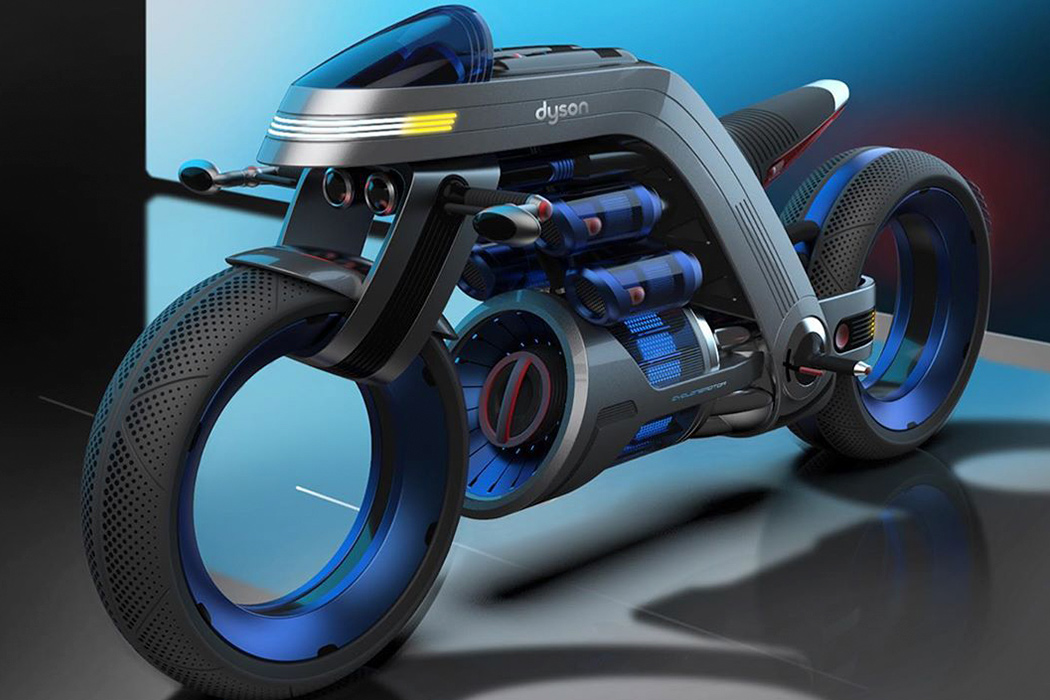 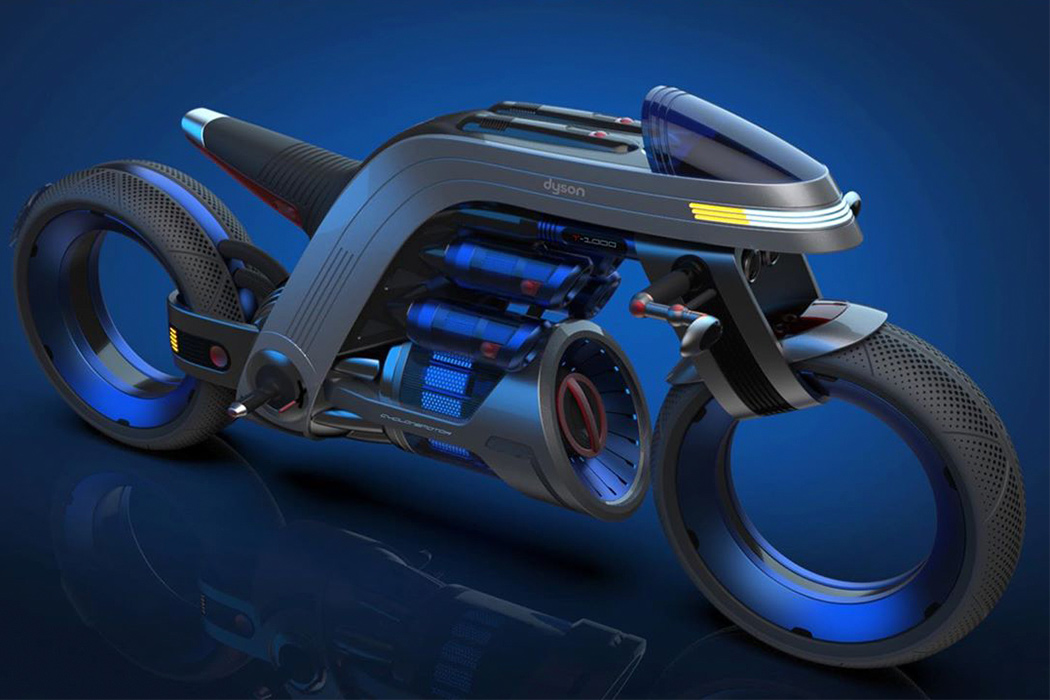 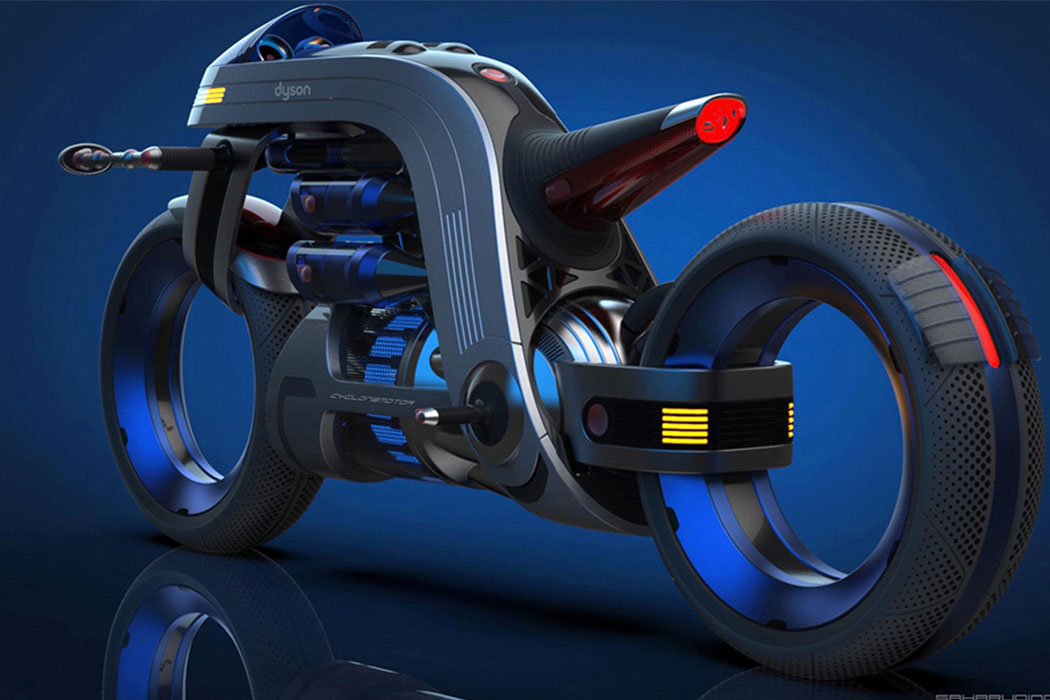 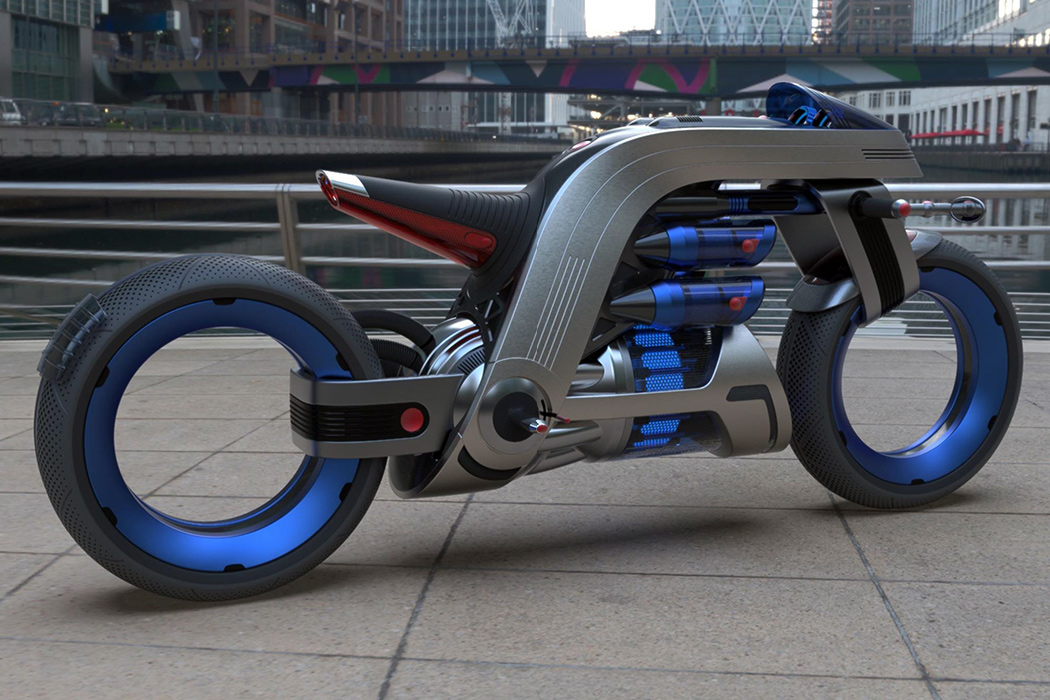 What if Apple made hi-end Siri-enabled smart headphones?

Probably the only thing missing from Apple’s product roster is a pair of over-the-ear headphones. Apple has already developed and seen a fair share of…

No, it’s not a missile, but this sleek hand-held blender will totally pulverize anything in its path! A great alternative to your average bulky countertop…

A pretty nifty way to roll your dice, the Dice Tower is a 3D printed medieval tower provides a rustic spiral staircase for your dice…

Instead of using all that precious and energy-wasting metal in the construction of a scale, why not use water? That’s what the designer of this…