When you need to show the world that you represent street-warfare, you need to get a clown tattoo. When you want to show the world that you’d like to make PEACE with it, you’re going to need the “Pre-Handshake Handshake Device” by Dominic Wilcox. This handshake device is a made, one of a kind device that’s already been on display during the 2010 New York ICFF, now even photographs of it are flying off shelves. It must be a good idea.

Made of rubber, glass, metal, wheels, and classiness, this might be the missing step we’ve been looking for. Us, a warring world from the start, us, an ever-arguing species of human beings. 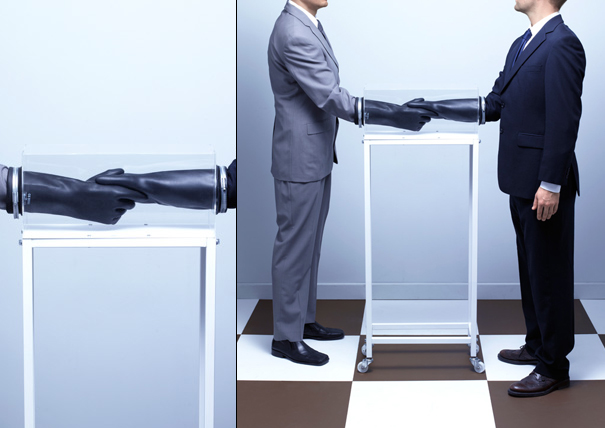 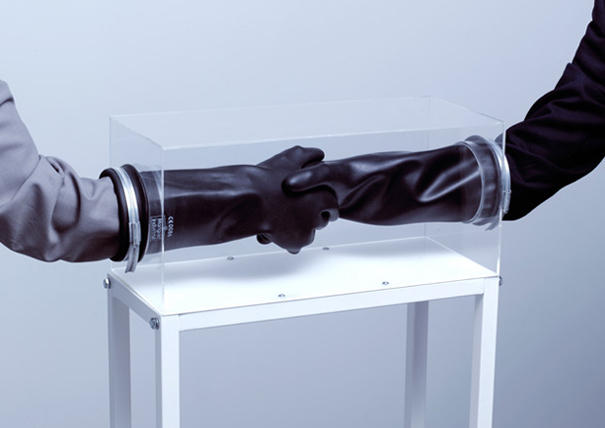 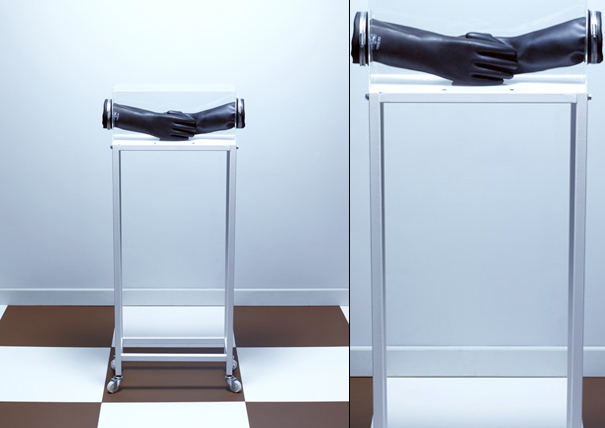 Okinawa by Way of Oslo

What is the pro tip I sometimes teach? Combos. At Yanko we have people from Los Angeles, Minnesota, Australia, Mumbai, Tokyo, and more! So you…

All of Berlin in a Single Credenza

Presenting the defining moment in Credenzoligy. This credenza is made to read like a novel, telling the story of the history of the structures that…

Having a reusable coffee mug is of course earth-friendly but it’s not always the most convenient. For one, you have to always clean it before…